Willow Informs Liz That Aiden Is Being Bullied

Thursday November 15, 2018: Jordan talks to Ryan, Carly gets annoyed by Sonny, and Drew has a gift for Curtis. 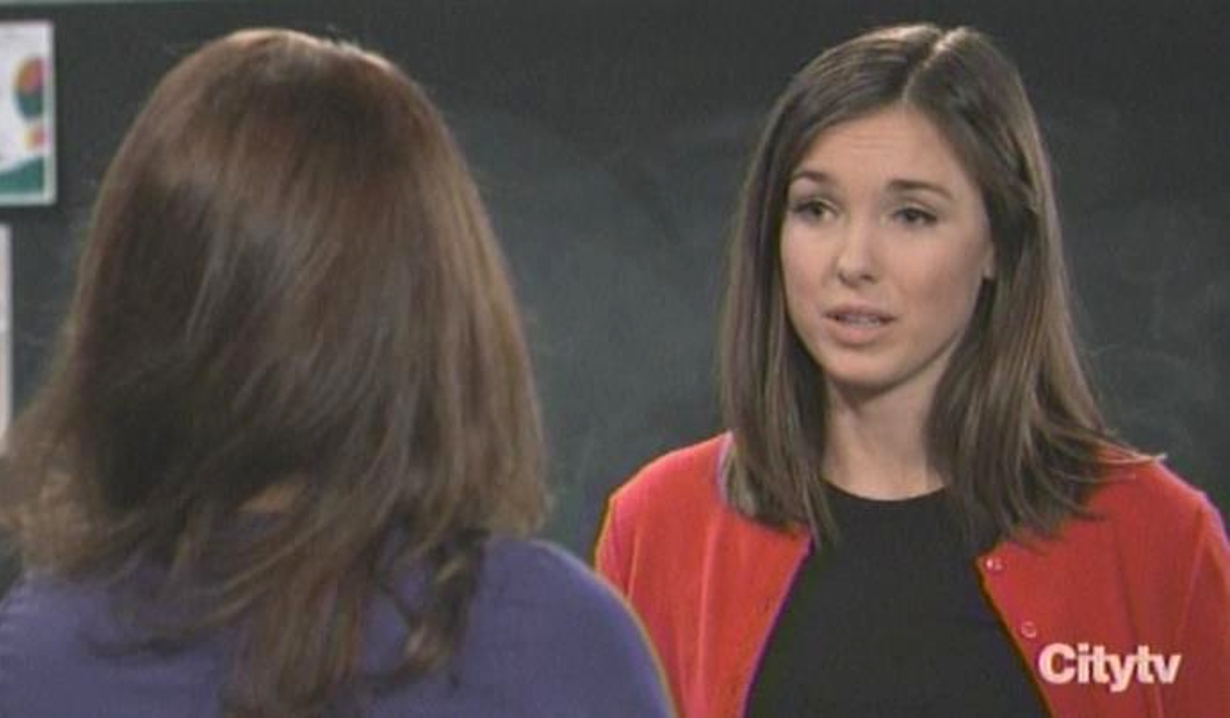 At the hospital, Finn is startled when Curtis says he received a letter from Hayden. Anna sees it’s from a French town. Curtis says Hayden seems fine. She also sent a private note for the doctor. Curtis hands it to him and leaves. 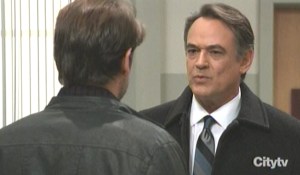 Franco runs into Ryan in the hallway. Ryan is irritated because the cops want to talk to him. Franco assumes it’s for the same reason they talked to him – the murder. Franco suggested they chat with Kevin since he’s the expert on killers. Franco claims he understands the killer much better than he let the police know and is sure he could help catch him. Ryan says that would be ‘catastrophic’ and he shouldn’t try to reconnect to the ‘darkness’ in himself. If he did, he could lose the life he’s built. 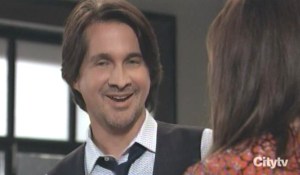 Finn and Anna go up to his room. He tells her about his relationship with Hayden and how much he was looking forward to becoming a father. Finn assures Anna that he’s happy with his life with her and Roxy. She encourages him to read Hayden’s note. Sitting on the bed, he reads it out loud. It says she’s still trying to find herself. She’s sorry for running away and should have trusted in them. He gets upset and Anna guesses there is something he’s not reading out loud. The doctor hands her the paper and she reads the rest. Hayden asks him to meet to settle ‘unfinished business’. He’s sure she wouldn’t have asked if she knew about Anna, but she wonders what he will do. 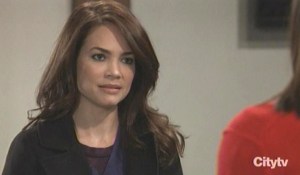 Liz goes to school to see Miss Tait. Willow is worried that Aiden is becoming less social and more inward. She suggests he’s being targeted by a bully, but she doesn’t have any proof. She’s sure it is probably just verbal. Soon, Franco joins them and is furious to hear about the bullying. They debate what to do and Franco demands to know who the bully is so they can talk to their parents. Willow can’t do that. After Franco calms down, Willow offers them some brochures and suggests they try to get Aiden to open up. Willow says she will deal with the bully and insists there are no ‘bad seeds’ and everyone deserves a chance. This sounds very personal to Liz. The teacher claims that she just feels protective of all the children. Franco and Liz leave and he assures her that he can work on this together. Back in the classroom, Willow calls Lulu and says they need to discuss Charlotte. 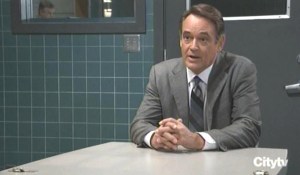 Carly and Sonny are at the PCPD. She’s been worried about him. He assures her the DA has been ‘neutralized’. They head into the interrogation room with Jordan, who announces Carly has been cleared as a person of interest in Mary Pat’s murder. Mrs. Corinthos wants to know who set her up. The cop suggests they tighten their security and assures them the killer won’t get away. Ryan arrives and asks for a moment alone with Carly. She tells him about being framed and Sonny says whoever did it will ‘get theirs’. Carly wonders how Nelle ended up in the hospital. Sonny drags her off and Ryan joins Jordan. He suggests that talking to Franco was a mistake. The commissioner was impressed by the shrink’s latest paper and asks him about his experience with his brother. Ryan explains that the killer is selecting their victims carefully. He asks her to keep him advised of every step of the investigation so he can stay on top of things. 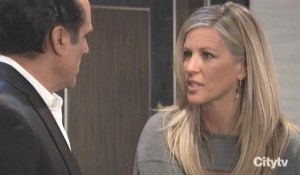 Drew wanders into the Metro Court and runs into Margaux. He wants to avoid her and reminds her that she tried to blackmail him. She explains her plans for Sonny blew up in her face. The DA fills him in about her mom and her role in her father’s death. She reminds Drew that his memories are waiting for him. He accuses her of manipulating him. Curtis shows up and Drew goes over to the bar with him. They discuss honeymoon plans. Drew suggests Fiji and offers to pay for it. Curtis is grateful and they share a toast. Across the room, Sonny and Carly arrive. She complains about Margaux and says she got what she deserved. The DA interrupts them and Carly orders her to back off, vowing to do whatever it takes to protect the people she loves. After Margaux storms off, Carly gets annoyed and lectures Sonny for feeling sorry for the DA. Furious, she leaps on the elevator alone.

Sonny shows up at Margaux’s room and tells her he wants to finish things.

Sasha stands up to Kiki. 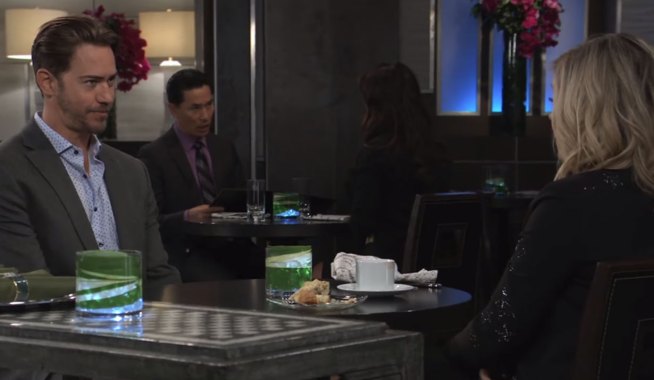 Ava Drugs Sasha's Soup and Plans Her Next Course of Revenge 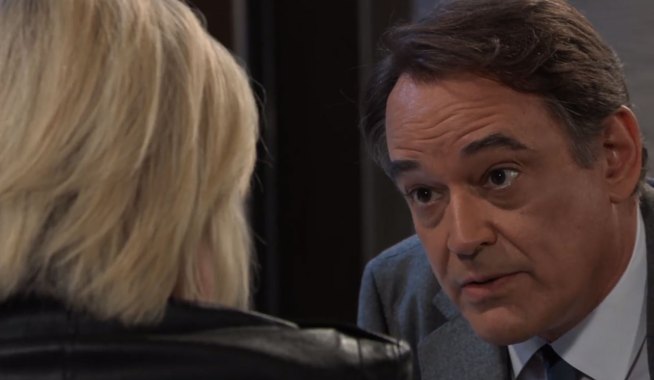