Wednesday November 14, 2018: Willow is asked out, Maxie probes Peter about Nina, and Franco gets advice from Scott. 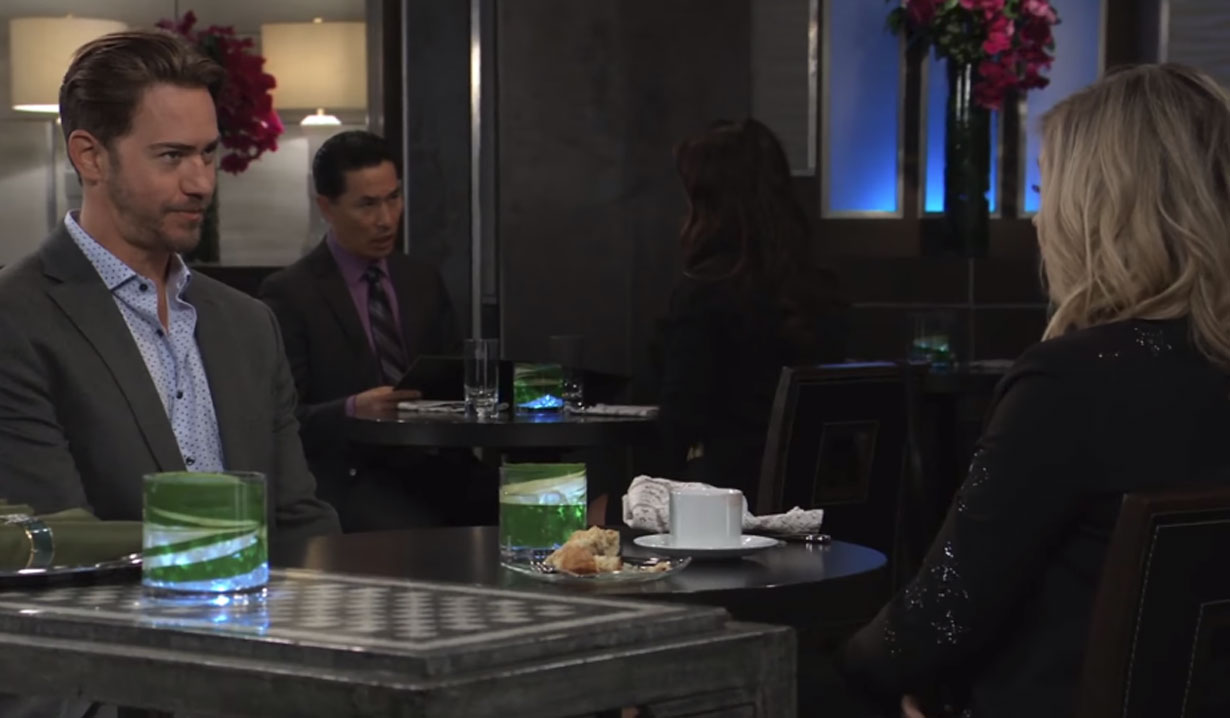 Anna and Finn are at the hospital. She complains about Britt and he worries about his presentation for career day. Anna assures him that he’s great with kids and tells him to relax.

At home, Aiden wants to stay home but Liz insists that Franco drive him to school.

At school, Chase bursts into Charlotte’s classroom as she makes the pledge of allegiance. He shares a glance with Miss Tait. He sits at the back with Lulu and the adults. Willow is about to introduce them when Charlotte points out that Aiden hasn’t arrived. Franco arrives with Aiden in the hall and gives him money for a treat later. When Finn shows up looking for Miss Tait’s room, Franco sends him down the hall. After he runs around the building, he rushes into the room, panting. He sits with his brother while Stella tells the kids about her job, tearing off her jacket to reveal her 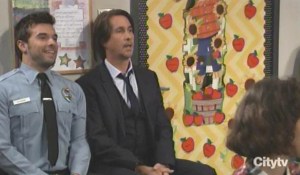 social worker woman costume. Then Lulu gets up and does her spiel, then Michael does his, using a chemistry set to show them what ELQ does. Finn is shocked to see all these props. His brother goes up and amazes the children with fingerprinting and his dog. Finn goes up next. The kids don’t like his jokes and Charlotte keeps interrupting. No one has any questions so Chase asks if he ever saved a patient from brain worms. The bell rings and the children run. The teacher tells the adults they did great. When Chase is left alone with Tait, he asks for her contact info and talks her into a date.

Peter finds Maxie at the Metro Court, keeping her eyes on Valentin and Sasha. The Cassadine encourages Sasha to leave Port Charles since she’s obviously being watched. Laura interrupts them and Valentin makes the introductions. Back at her table, Maxie asks Peter if he’s going to the wedding with Nina. He avoids answering and Anna interrupts, taking Peter aside. She says they are still looking for Obrecht and Britt is in the hospital. He accuses her of trying to use him to plant false information to lure Liesl out. He thinks that she’s manipulating people to make things right, just like Valentin does. He returns to Maxie and tells her he’s not feeling any bond with his mom. She turns the subject back to Nina and asks if he’ll accept her invitation. He doesn’t think he should be anywhere near a wedding full of cops. She doesn’t think it will be a problem. He asks who she’s taking. Meanwhile, Anna joins Valentin at the bar and asks him about ‘conjuring’ Nina’s daughter in a ‘play for redemption’. He assures her there was no conjuring and wonders if he can win back her son’s affection. Anna warns him to stay away from Peter.

Curtis meets Nina at the Crimson office and confronts her about not RSVPing for his wedding. She confirms her attendance. He asks her to be his ‘best person’. She’d be honored. She hasn’t confirmed her date but assures him it won’t be Valentin. They discuss Sasha and he’s surprised she’s sticking around. 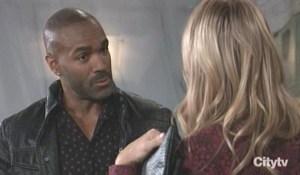 Sasha shows up and the women chat until she steps out. Curtis quizzes Nina bout Valentin and she promises there is nothing to worry about. Valentin arrives so Curtis takes off. The Cassadine hands her an earring she left on the island. He wants to talk about what could happen. Maxie and Peter show up and he accepts Nina’s invitation, to Valentin’s chagrin.

Scott runs into Liz at the hospital and she nearly bites his head off when he asks her a question. She goes off to sob in a corner and Laura finds her. Liz admits that she feels like she has no control and is failing as a mother. Laura encourages her to talk to Lucky. Liz doubts having him pop up would be good, so Laura offers to do what she can. When Laura leaves, Willow calls Liz and says they need to talk about her son. Down the hall, Finn complains about his day to Anna until Curtis interrupts with a letter from Hayden.

Franco goes back home and reads some child psychology until Scott shows up. Judging by the book and Liz’s behavior, Scott guesses that one of the 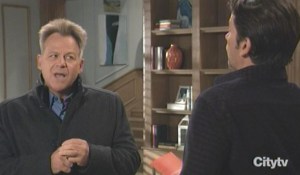 kids is having problems. He’s annoyed that Franco hasn’t turned to him when he needs help. They talk about Aiden and Franco admits they don’t know what’s going on. Franco is eager to prove that he can be a good parent. His father urges him to find a way to bond with the kid.

Anna tries to be supportive.

Margaux is visited by Sonny.

Curtis is touched by Drew’s act of kindness.

Willow Informs Liz That Aiden Is...