Sonny Pushes for a Confession From Jeanette 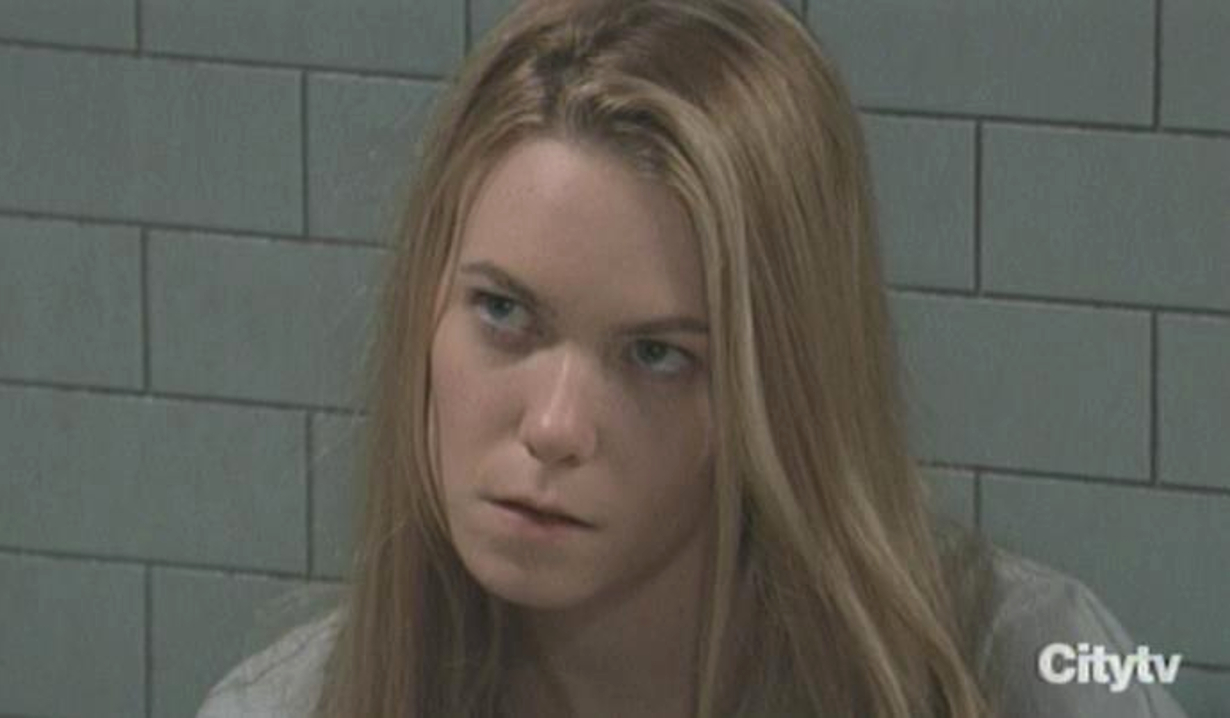 Margaux and Sonny sit in her car. He asks if she really wants to know if her mother wanted her father dead. Sonny doesn’t want to see her heart break. He puts on his wire and apologizes for what’s about to happen.

Sonny gets out of the car and knocks on her mom’s door. When Jeanette (played by Ely Pouget) answers, he explains that he knew her in her previous life and reminds her about Scully. When he tells her his name, she asks him to leave. He demands to know why her husband was killed and drinks some of her scotch. Sonny suggests she was Scully’s lover. She denies it. He claims he has proof she wanted her husband dead. She has letters and wishes she’d burned them. When she threatens to destroy them, Margaux storms in.

Kim drops by Charlie’s to see her son. Oscar repeats that he’s going ahead with his lawsuit. After she leaves, Daisy shows up and tells Kristina that she should hang out with her and her friends more. Daisy accuses her of putting up an emotional wall and suggests she learn to live more openly. She asks her to come help renovate a building on the weekend. Across the room, Oscar sits down with pains in his head. Julian fusses over him and wants to call 911. Daisy comes over and massages his head.

At Liz’s, Cam tells his mom and Franco that he’s going to Joss’ to study. She worries about how Oscar will feel about it, but he insists nothing is going on. Chase and Jordan show up as he exits. The cops want Franco’s advice about the murder. He thinks that they suspect him. Liz gets defensive, but Franco knows they want to get insight from him as a killer. This makes Liz uncomfortable, but Franco is happy to help between bites of his fudgsicle. He tells them about how he was motivated to commit crimes because of his tumor and because he thought Jason was his brother. He thinks they should talk to Kevin for more insight. The cops get a call and leave. Franco worries to Liz that the killer is just starting. He’s willing to ‘go to the darkside’ if it will help the police.

Joss arrives at the Corinthos compound and talks about the floating head with her mom. Joss says Cam is coming over to study and she needs to change. After she changes into clothes, her mom quizzes her about Cam and rebound relationships. Joss insists she’s not on the rebound. Cameron soon arrives and Joss takes him outside to look at the stars and study. She tells Cam how worried her mom is about her choices. Joss is still determined to make Oscar jealous. They talk about the stars and how she used to go camping in Australia. He tells her about the northern stars.

She gives him a Taurus keychain and he tells her it’s not so bad to fake being her boyfriend. Meanwhile, Kim arrives and asks Carly if she can speak with Joss about Oscar. Carly doesn’t think that would be good for her daughter. Joss and Cam stumble in laughing. Kim is startled to see them holding hands. She gets a call from Julian, who tells her that Oscar has a bad headache. She runs off. After Cam exits, Joss asks her mom what Kim wanted. Jordan and Chase show up and ask Carly to come down to the station. Carly’s DNA was found on Mary Pat’s body.

At Ferncliff, a nurse catches Curtis texting a security code to Sam. He talks his way out of that and continues playing the role of a security consultant. Down the hall, Sam and Jason are shocked to walk into a locked room and find Nelle rocking an imaginary baby. Jason doesn’t think her acting is as good as Carly’s. Sam thinks she may have actually cracked. Nelle leaps up and rants about Carly, vowing revenge on her. Curtis and the nurse interrupt. He claims that Jason and Sam are his associates. They start questioning the nurse about why Nelle was transferred there and claim she is faking. The nurse leads them out, tells them they are outstanding professionals, and leaves to report Nelle as a fake. Sam and Jason assume that replacing the mystery patient with Nelle can’t be a coincidence.

Kim returns to Charlie’s as Oscar loses his headache. She tells Julian that the ship has sailed where Joss is concerned. Now they must rely on court. Daisy and Kristina go back to the bar. Kristina is impressed by her healing skills, so Daisy gives her some literature to read.

Sonny gets his point across.

Jason and Sam Make a Startling...

Margaux Learns the Truth About Her...