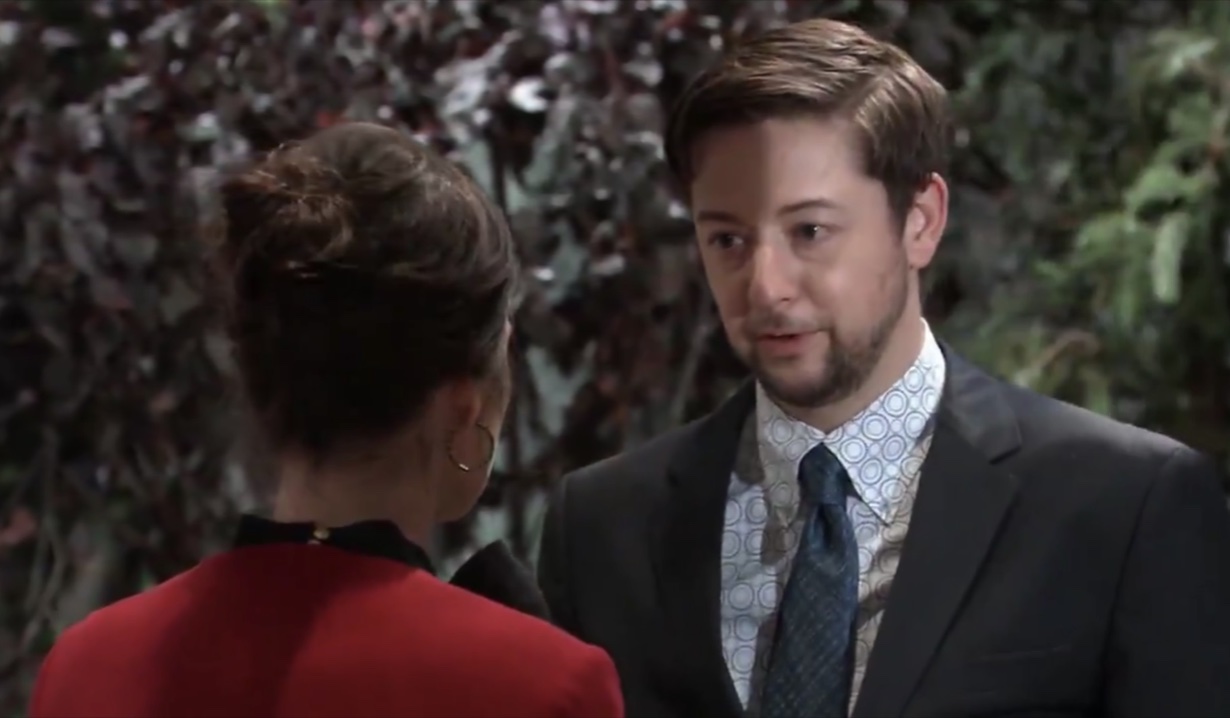 Laura and Lulu arrive at The Metro Court, where Laura tells her daughter about her plan to run for mayor again and to make mental healthcare a major part of her platform. Carly appears and Laura shares her plan to tour Ferncliff. Carly agrees to accompany Laura. Meanwhile, Griffin and Kiki arrive at the bar and spot Ava. Kiki ignores her mom and meets with Sasha. Griffin runs out when he gets a message from Monica. Later Kiki has to leave, but looks forward to getting to know Sasha better. When she learns Sasha needs a place to stay, Kiki invites her to use her guest room. Once alone, Ava moves in on Sasha and introduces herself as Kiki’s estranged mother, which is due to Kiki sleeping with her boyfriend. However she is sure they’ll work things out, and she’s glad Kiki has a new sister. Ava leaves, and Griffin returns to find Sasha met Ava, who shared far too much information.

More: A possible recast on GH?

At Liz’s place, Franco suggests the idea of doing an art project with Aiden and his class to help him become a cool kid in their eyes, but she’s not so sure it’s the right approach. Franco is sure that in time he will open up to them. Liz distracts herself with some wedding planning, and Franco has to get to the hospital. Later Kiki stops by and chats with Liz. In Ryan’s office, Lulu arrives to interview him about his brother. She wonders if some people like Ryan are just born evil. “Kevin” suggests she consider looking at who defines what evil is, and whether Ryan saw himself even as evil. “Kevin” believes Ryan was unencumbered by what society thinks is wrong and didn’t worry about what most would call a conscience. Lulu thanks “Kevin” for the interview and reveals her mom and Carly are determined to reform health care and are at Ferncliff to try and get answers right now. Lulu feels bad for the staff because if they are trying to hide something, her mom will find it. In the halls, Ava runs into Franco and discusses her sessions with Kevin, who encouraged her to explore her impulses of anger and revenge. Franco hopes she’s not planning to burn it down. Ava assures Franco that if Kiki and Griffin explode it will not be because of her, and Kevin is helping her safely explore her rage. Undercover, Spinelli and Sam visit with Margaux’s mother Jeanette Marino, (played by Ely Pouget), pretending to be from her husband’s life insurance company. Jeannette invites them in and Spinelli brings up the life insurance claim. Jeannette claims she was shocked when word came that Vincent’s remains were found. Sam spots a photo of Margaux. Jeannette confirms it’s her daughter and that she never wanted for anything. They explain because she stopped paying her premiums a few months after her husband was declared missing this could result in no payment. However they could award her the money if she has a way to prove he died before the policy lapsed. Jeanette is sure he died in March, because that day he left she felt sure he was going to die. She knows her husband worked for dangerous people, and the cops were convinced he just left but she swears Vincent would never have left Margaux. Spinelli feigns ill and asks for a glass of water, so Jeanette leads him into the kitchen. Sam quickly snoops into a locked desk drawer and finds a stack of letters tied together with a bow. She swipes them and Spinelli and Jeanette return. Spinelli feels they may have enough to see her claim paid out and they depart. Outside, Sam reveals the letters to Spinelli and that they are love letters from Joe Scully to Jeanette. Laura and Carly visit Ferncliff and run into Mary Pat, who is packing her stuff after losing her job. Mary Pat gloats she knew Caroline would be back, but Carly clarifies she is there as a visitor. Laura introduces herself as Kevin’s wife, and Mary Pat says she’s familiar with all of Dr. Collins’ patients. Mary Pat lashes out at Carly for nearly killing her when she pumped her full of those drugs. Another nurse interjects and orders Mary Pat to leave. The nurse speaks with Laura, who introduces as a mayoral candidate and wants a tour of the facility and the patient’s rooms. The nurse says that is against policy, so Laura threatens to have her daughter at the Intruder write a story on this place. Laura makes it clear they need to see all rooms, and Carly insists they start with the man in the room next to her old one.

Curtis worries about the wedding and Aunt Stella refusing to attend.

Anna Makes Britt an Offer to Get Out...

Stargirl's Meg DeLacy Previews Cindy's Return in Shadowlands Episode ('It Was Worth the Wait'), Unlikely Alliance