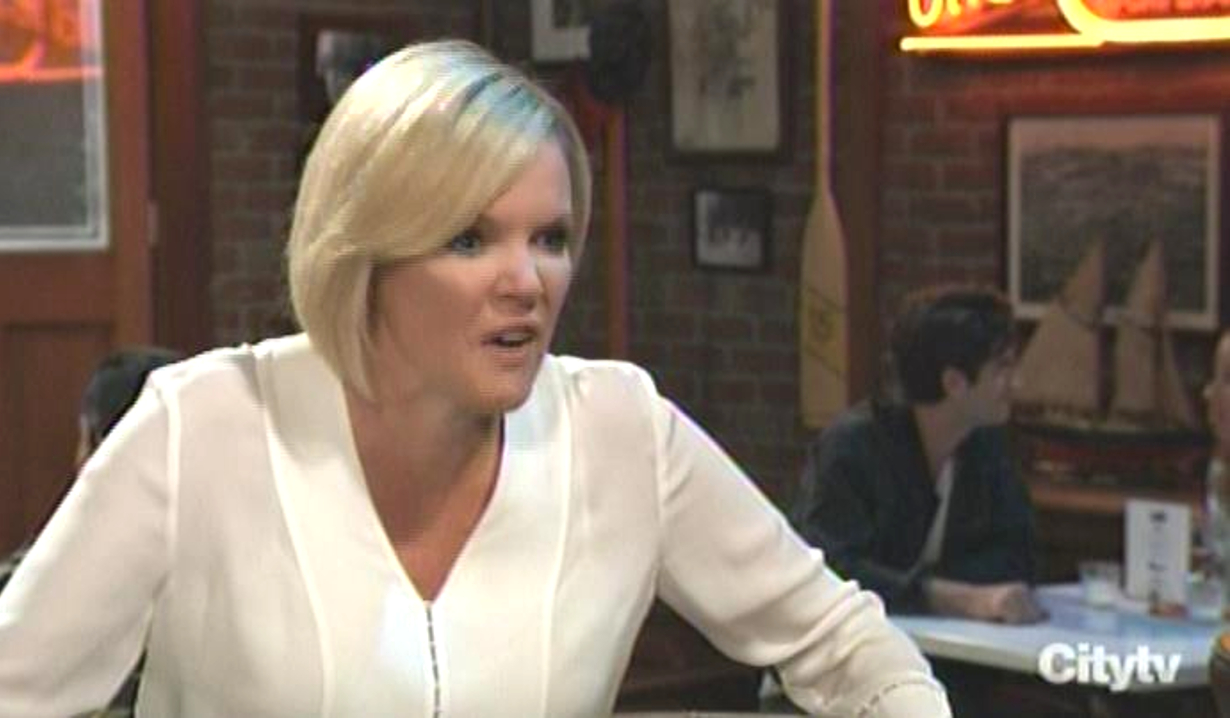 Mike and Stella head out to the yard while Jason and Sonny discuss the situation with Julian. Corinthos tells him to take a check over to Julian and make sure he shuts his mouth about Mike. As Jason heads out, Jordan arrives to talk about the body. The ballistics results are in and they show the bullet was from a gun in Brooklyn from the same period that Mike was living there. Sonny says that’s just circumstantial evidence, but she warns that the walls are closing in on his father. Out back, Mike and Stella talk about care facilities. He wants to move so his family will be protected from him. Mike tells her that abandoning Sonny as a child has haunted him. He knew it was wrong to leave and now he knows it’s wrong to stay. He needs her to help Sonny let him go. They make a list of his options and he asks her to come along to see the places. She’s happy to be his friend. Mike asks her to promise to remember how much he wanted to remember her when he no longer can. When they go inside, Mike introduces her to Jordan, but Stella makes it clear they are already acquainted. Mike shows Stella out and then asks the commissioner why she’s there. Ava rushes into Charlie’s and starts complaining to her brother about Griffin and Kiki. He reminds her that she’s made more than a few mistakes herself. He’s not sure it’s worth trashing her relationship with Kiki over a one-night stand. Julian reminds her that she slept with Morgan and that her daughter stuck by her anyway. She concedes that he has a point and stomps off. Later, Jason drops in and hands Julian a check. Jerome guesses there’s also a message. Jason accuses him of threatening Mike. Julian explains that he’s not a threat to Sonny or his family. He’s lost his taste for the family business. Julian asks Jason if he loves Sam enough to get out of the business. Jason says what Sam does is her choice. Griffin and Kiki have a beer in her place while they complain about the lousy radiators. She calls the super and then starts running ice over her body. When she suggests they go to the movies, he admits he’s hardly seen any. She suggests that they go to the film festival next month. They chat about her becoming Finn’s shadow at the hospital. He apologizes for causing her grief and she asks him not to. She teases him for always apologizing and does an impression of her mother lecturing him. Ava shows up, upset and throws her arms around her. She starts apologizing until she spots Griffin and her eyes narrow. They explain the radiator problem, but Ava isn’t convinced. Griffin accuses her of wanting him in the gutter. Kiki defends him and this only enrages Ava. Griffin can’t believe he was ever naïve enough to think Ava could be redeemed. Kiki shuts the door in her face. Kiki and Griffin have a beer and she apologizes for her mother. The super calls and Griffin heads back to his studio.

Jason returns to the Corinthos compound, where Jordan is still arguing with Sonny about Mike. She gets a call from forensics. The remains have been identified. Michael bumps into Maxie and her baby at the hospital. She admires Michael’s talent with babies and tells him how much her baby’s smile reminds her of Nathan. They discuss the magic of babies and he tells her how holding James makes him feel better, even if it makes him miss his own child. Maxie understands that he also misses the life he thought he was going to have. Meanwhile, Carly tries to calm Lucas down as he worries about Wiley. Brad arrives as Monica appears. She explains that she’s been called in to consult on the case as a cardiologist. They go into her office and she says there is the possibility that the child has a heart defect. They need to run more tests. Brad is distraught. Lucas leaves with Monica to run a test and Carly tries to reassure Brad. He only wants to give Lucas the family he’s always wanted. Monica and Lucas return and explain that the child’s heart condition is minor. Carly realizes it’s the same condition Michael had as a baby. Monica explains it’s not as bad and won’t require surgery. Lucas starts to worry about what they don’t know about their son. Carly thinks they should contact the birth mother, but Brad suggests they leave this alone.

Ava returns to Charlie’s and tells Julian that Kiki is no longer her daughter. She’s just an enemy and will have to pay the price.

Mike needs some help from Carly. 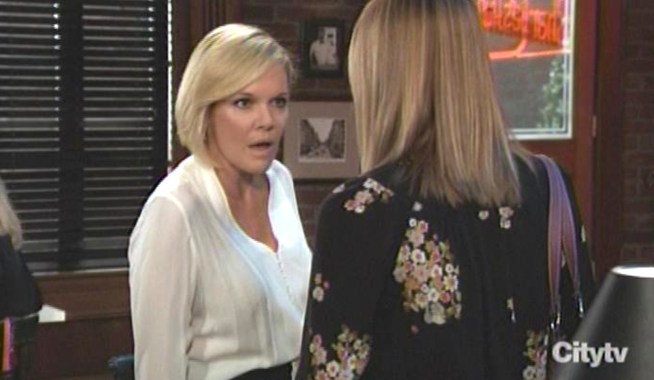 Griffin's Reported to the Archdiocese by Ava 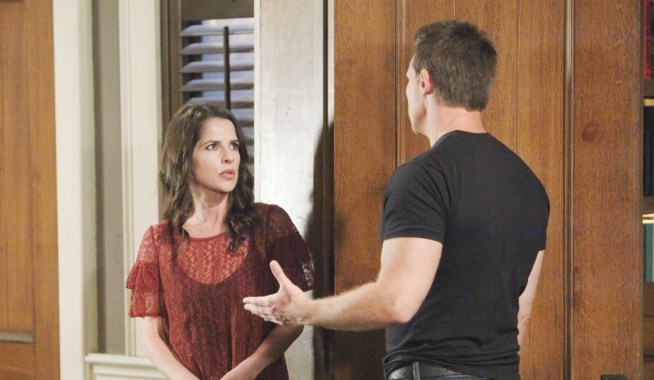