Griffin’s Reported to the Archdiocese by Ava 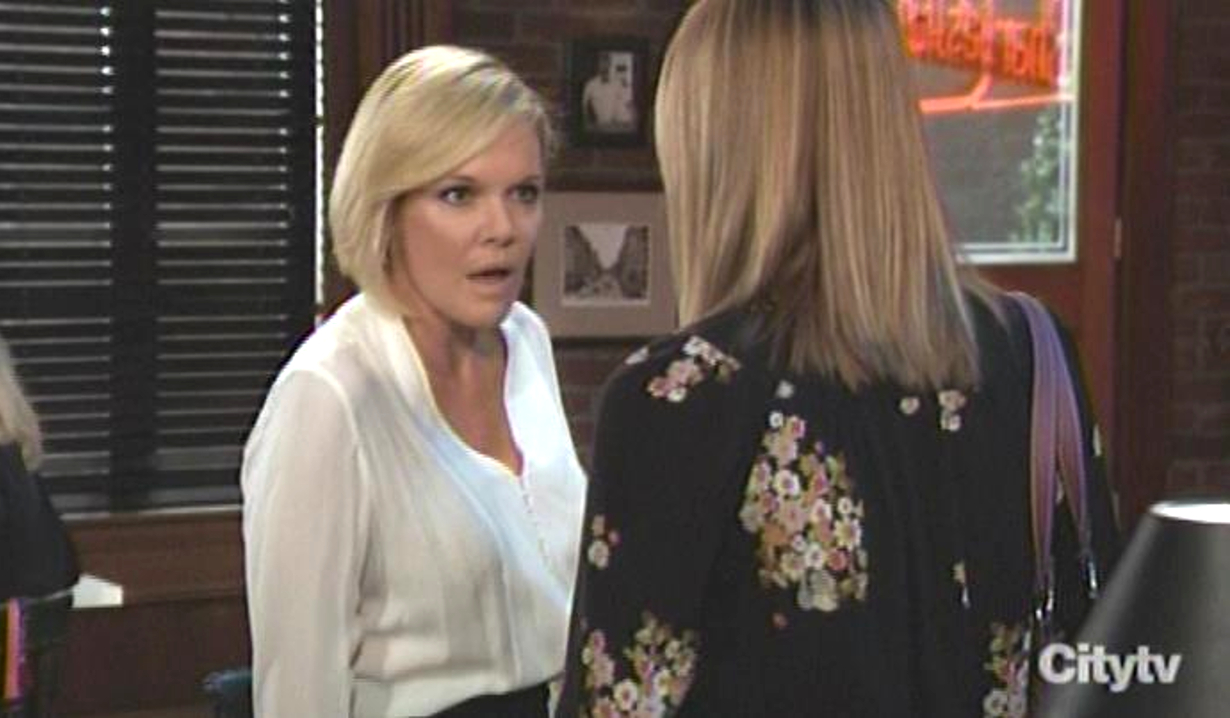 Valentin joins Curtis at Perks to talk about their investigation. Curtis explains that Sasha is collaborating and agreed to a DNA test. He says Sasha refuses to believe she’s adopted and wants to disprove it. Valentin hands him Nina’s DNA samples and a generous check. He wants irrefutable results. Curtis wonders when they will tell Nina. Valentin says they need proof first. Kiki runs into Griffin in the hospital. He tells her that he’s been barred from receiving communion or giving confession. Someone called the Archdiocese and reported him. They guess it was Ava and Kiki blames herself. She refuses to let her mom ruin in his life. Lucy interrupts to drag him away to look at apartments. Meanwhile, Michael wanders the hall making business calls when Carly shows up. After overhearing something, she asks if he’s moving to Chicago. He reassures her and wonders why she’s making such leaps. She worries about Nelle. He admits that he’s not okay but needs to deal with his grief in his own way. Carly warns him about avoiding his grief. He insists he’s dealing with it and she tells him to lean on his family. They spot Lucas and the baby and wander over to them. When a nurse comes over and asks Lucas to see a patient before he goes, he hands the baby to Michael and walks off. As Michael holds the baby, he says he feels more paternal than a cousin. Being close to the baby makes him feel peaceful. After Lucas returns, Michael exits. Wiley’s pediatrician appears and says there was something troubling in his tests. Down the hall, Curtis drops by and drops off the DNA samples. Nina won’t let Maxie leave Charlie’s until she explains what happened with shirtless Peter in the elevator. Maxie says he was having a PTSD attack. Helping him breathe reminded her of when he helped her give birth. Nina understands that Peter is a ‘grey area’ but she hopes Maxie’s feelings are clear. Maxie explains that they are ‘complicated’. She let herself be vulnerable around him and she’s still angry. Nina can’t put all the blame on Peter either. She wonders if Maxie is prepared to put the past behind her. Across the room, Ava props up the bar and chats to Julian about the mystery bones. He just wants to move forward and needs some design ideas. She peers over at Nina and suggests he do something about his clientele. When he mentions that they no longer serve Corinthos coffee, she wonders if that it is connected to the skeleton. Alexis interrupts and interrogates Julian about the explosion and the body. He insists innocence. She still doesn’t like her daughter working there. Kiki stomps in and lectures her mom about her soul. When Ava accuses her of saying her prayers with Griffin before hitting the sheets, Kiki slaps her. Ava lets her get away with that and admits to calling the Church on him. Kiki wonders if she should be looking over her shoulder. Ava tells her to keep her legs crossed next time she takes a lover. After Kiki storms out, Ava sobs. Alexis smirks and Ava takes a shot. The lawyer returns to worrying about her daughter working with her ex. Julian says Kristina was persuasive. She knows her daughter is feeling lost. Kristina makes the same mistakes over and over. He offers to keep an eye on her. Outside, Ava runs into Nina, who tells her about how her mom ran out of second chances. She thinks Ava could be going down the same road. When Nina says she would never let a minute go to waste, Ava snaps that she’s not a mother and never will be. At the Metro Court, Lulu lectures Peter about how much they need to respect the victims in their coverage of Ryan’s crimes. He appreciates that but reminds her that they are running against the clock. Peter thinks he should take a more active role reassuring the victims. Lulu assumes he’s taking about Maxie’s mother. She suggests he concentrate on Robin and Anna if he needs a connection and advises him to stop making Maxie confused about her feelings for him. He wants more information about that, but she tells him to stay as far from Maxie as possible. Maxie interrupts and Peter excuses himself. Maxie worries about his hasty exit. Lulu thought she wanted him out of his life. Lucy and Griffin arrive. She nags him to sign a lease, but he needs to economize. She’s sorry that he’s still on suspension. Lucy tells him that doing bad things doesn’t make him a bad person and urges him to learn from his mistakes. She has a ‘cosy’ apartment to show him.

When Kiki gets home, she takes off her top and tries to fix the radiator when Griffin knocks on the door. He’s moving in down the hall. His heating is screwy too. She tries showing him how to fix it.

Mike has a surprise for Sonny. 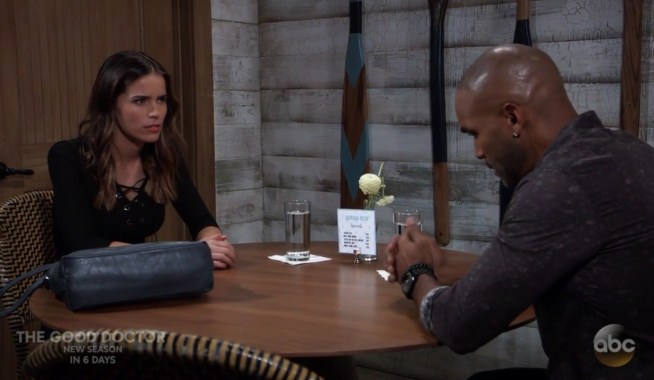 Curtis Meets With a Woman Who May Be Nina's Daughter 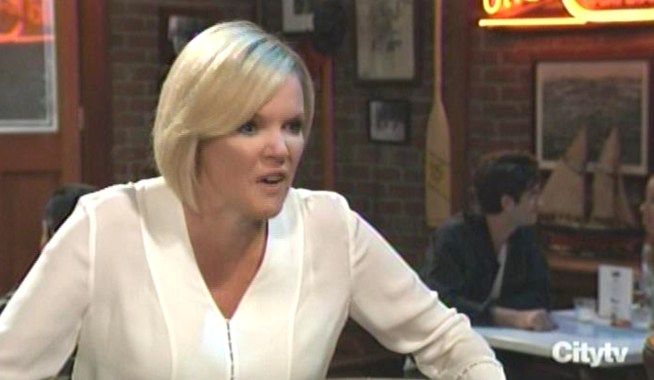