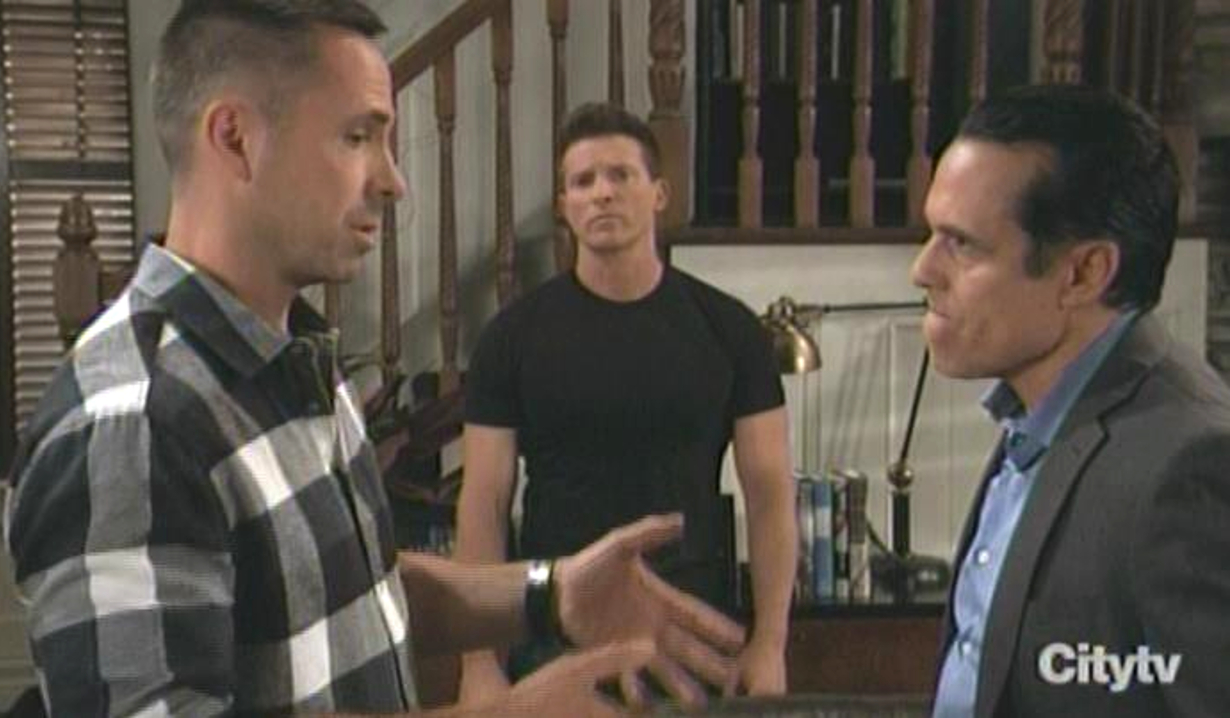 Robin settles in at Anna’s and her mom wonders what her plans for Peter are. Anna suggests the three of them have lunch, but Robin is planning to talk to him on her own. Maxie arrives with the baby. Robin fawns over James and then talks about the Peter situation with Maxie. The doctor tells her how betrayed she felt, but she’s beyond that. Anna listens in as Robin admits she’s not sure she wants Peter in her life. When Anna interrupts with tea, Robin decides to take off and leave them to sort things out. Once she’s gone, Anna tries apologizing, but Maxie understands why she thinks the best of her son. Anna says she would change things if she could. She offers to keep her distance if that will make the grieving easier for Maxie. Anna is surprised when Maxie explains that Finn ran into a burning building to save Peter. They talk about their losses and Maxie says she could never cut Anna out of her life, but she’s not promising to let Peter in. At the Metro Court, Lulu and Peter debate how to cover the Ryan story. He wants her to write it. She points out that some of his victims are her family and she wants to get their permission on how to cover things. They argue about this and he tries to reassure her some more. She says Ryan was the boogeyman when she was growing up and she’s always wanted to unmask him. Once she departs, Robin pops in and startles him. He invites her to join him and they talk about his father. She points out that they both grew up in Faison’s shadow and she doesn’t want that for her children. He assures her he doesn’t plan to hurt her or her children. Robin says she won’t lobby on her mother’s behalf. If he chooses to have a relationship with Anna, that’s his choice. She admits that Emma is curious about him. Peter says he may give her a reason to introduce him to her children one day. Later, when he gets in the elevator, Maxie rushes in, unaware that he’s there. Ryan is in Kevin’s office dictating case notes. He stares at a picture of Felicia and remembers her tears. Laura calls and interrupts the reverie. They chat and he awkwardly tries to play his brother. Once she’s off the line, he digs through his brother’s life until Lulu shows up. She informs him that Peter is planning to publish a special edition about Ryan’s crime spree. He had no idea people were still interested and he’s sure that she will give Ryan the complexity he deserves. “My brother is never far from my mind,” he says. After she leaves, he makes a call and asks someone out for a bite. In the commissioner’s office, Jordan (played by Briana Nicole Henry) and Margaux go over the details of the corpse at Charlie’s. Margaux decides to dig into the life of Charlie Delaney. They get a confirmation from the medical examiner that the body was shot but don’t have the gun yet. Soon, more evidence comes in. Julian shows up on Sonny’s doorstep and tells him about the body the cops found in his basement. Sonny and Jason let him in and Julian explains they tore the basement down to the studs and took whatever they found to the PCPD. Julian reminds him that Mike knew Charlie and Sonny tells him how confused his father is. Jerome remarks on how the delayed renovation was keeping the bones hidden. Now that he can start renovating, he’s also going to get a new coffee distributor. He hopes they have a clean slate. Sonny laughs until Julian adds that he hired Kristina. Corinthos starts to twitch and groan until Julian lets himself out. Jason guesses that Julian is using Mike as leverage. He worries he might cause problems. Sonny doesn’t think he can make a move as long as Kristina is working for him. Jason suggests they have Spinelli hack into the evidence log to see if the cops got the gun. Sonny makes it clear that he’s not going to run if the crime comes to light. Sam shows up at Charlie’s and wonders why Kristina wants to work there. Kristina claims she needed a job and Sam accuses her of avoiding facing her problems and looking for fight with her parents. Kristina mixes her a drink explains she got caught up in a fantasy life with Parker, but realized it wasn’t real. She feels like she’s been lost for a long time and doesn’t know where she fits. Being a bartender is something she’s good at though. Sam doubts Julian’s place is the best place unless she is looking for a fight. Later, Julian arrives and Kristina lets him taste the various cocktails she’s concocted. Sam says she’s supporting her sister working there, but it’s on Kristina to convince her parents.

Robin returns to Anna’s and they discuss her talk with Peter. Robin still isn’t sure she trusts him.

Jordan and Margaux put their heads together. 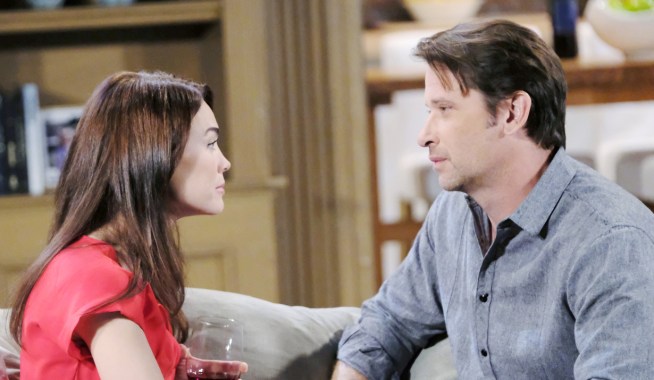 Julian Confronts Sonny About the body under Charlie's

Maxie and Peter Get Trapped in an Elevator 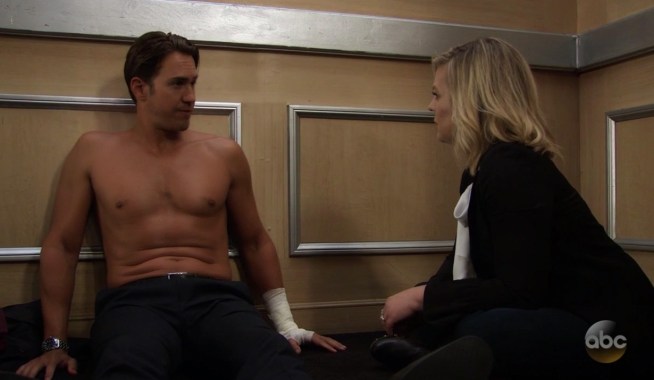