Tuesday September 4, 2018: Ryan switches places with Kevin, Brad and Lucas get good news, and Kim places a call to Terry for help. 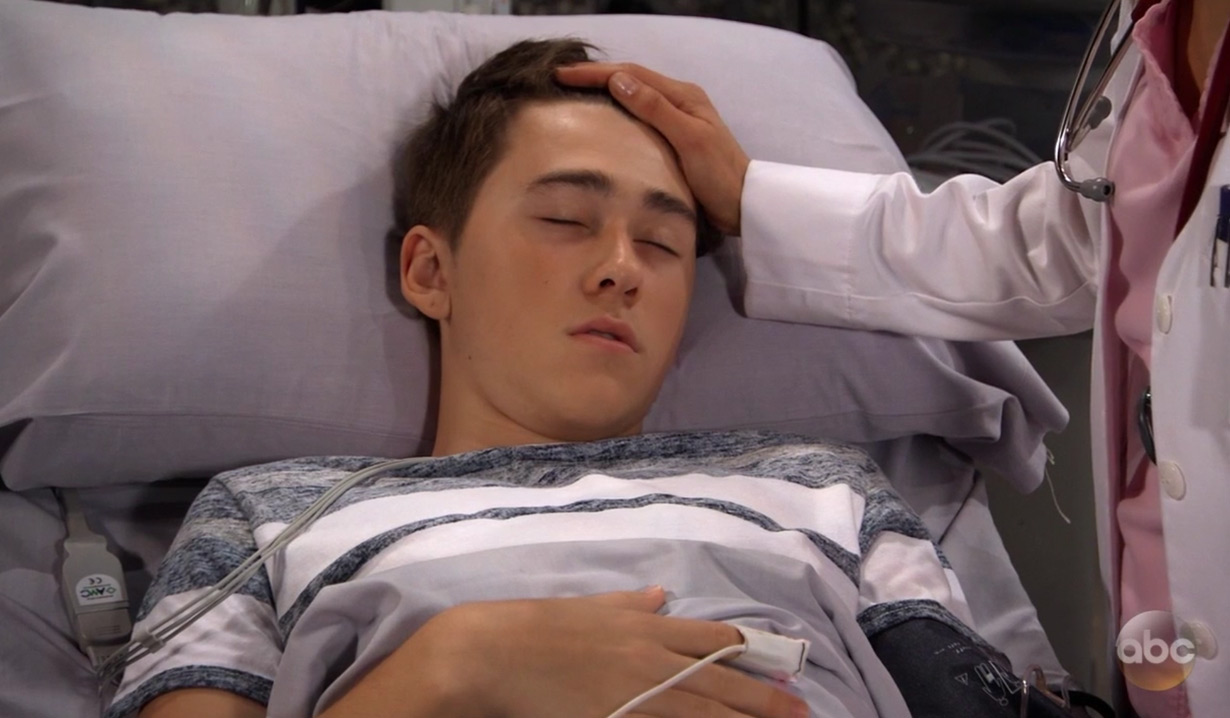 In Ferncliff, Ryan breaks out of his straightjacket and attacks Kevin. He knocks his brother out and switches clothes. Kevin remains unconscious as Ryan assures Kevin that he will take good care of his patients. Gordon the orderly returns to check on things. Kevin reminds Gordon that this patient is criminally insane, a master manipulator and killer. He asks Gordon to keep him sedated for everyone’s safety, and don’t listen to his lies. Later, Kevin stirs awake. When Gordon comes in, Kevin tries to prove he is Dr. Collins, but Gordon won’t listen and sedates him. In a private room at the courthouse, Diane arrives without her client. The judge enters, and Diane informs everyone that the birth mother has decided to withdraw her claim to the child. Diane and Alexis ask the judge to move forward and sign off on the adoption, which he does. Brad and Lucas hug one another and Alexis. Later, Alexis asks Diane how her client is really doing, and why did she decide to change her mind. Diane doesn’t know and thought she was coming here to fight for the child back. Lucas and Brad leave to pick up their son. Julian meets with Drew at the Metro Court and asks for his help smoothing things over between him and Oscar. Drew doesn’t want to interfere, but Julian knows Oscar wants his parents back together and wonders if Drew wants that too. Drew doesn’t even remember being with Kim. He likes her, but they are only co-parents to Oscar. At GH, the doctor on call stabilizes Oscar, and Jason locates Kim to inform her about her son. She runs to Oscar’s side, but Liz pulls her out of the room and asks her to let them take care of him. Kim asks Jason what happened, so he explains Oscar had some type of seizure. Kim excuses herself, makes a call and leaves an urgent message for Terry. The doctor on call explains Oscar’s situation to Kim and wants to run an MRI and CT scan. Kim informs him that Oscar’s specialist has been called, so she overrides the doctor’s orders. She visits with her son and asks Liz to see if Terry Randolph is still here. Liz notes that Terry is a pediatric oncologist. Later, Oscar stirs awake. He doesn’t remember anything except having a bad headache and thinks this is because he didn’t eat today. He asks to see Jason, so Jason visits with him. In the hall, Liz asks Kim what is really going on. Kim wishes things were going to be okay but cries they aren’t going to be. Kim admits this happened to Oscar a lot when he was a little boy, and this is the first episode in a long time. Liz thinks Drew should be told. In his room, Oscar thanks Jason for his help today. He remembers Joss is waiting for him at the park for their anniversary. Jason leaves him to let Kim know Oscar really wants out of there to see Joss. Kim goes to check on her son. She offers to call Joss for him and urges him to rest. He quickly falls asleep. Later, Liz begs Kim to tell Drew what is going on. Kim doesn’t know how to tell him that his son is dying. Elsewhere, Ryan walks in and is handed patient files by a nurse. He smiles and is glad to be back. Cam helps Joss decorate a bench in the park, which she calls her and Oscar’s bench, as a surprise for their anniversary. Cam asks why Oscar isn’t there if this is such a special day. She defends Oscar and knows he didn’t forget. However, she sees he hasn’t responded to her text to meet. Cam suspects the day isn’t as important to him as it is to her. Joss thinks he’s not there because of her, and remembers she hurt him recently by psychoanalyzing him. She wonders if he still hasn’t forgiven her and calls herself a screwup. Cam assures her that she’s not, that she is the best. He swears he’d never forget their bench or their big day and kisses her.

Back at the Metro Court, Lucas and Brad arrive to celebrate. Julian learns the good news from Alexis. Brad pulls Julian aside and thanks him for whatever he did. Alexis wonders what they are whispering about. Brad claims he was inviting Julian to stay and celebrate, and Lucas agrees. Later, Alexis inquires as to why Julian wasn’t surprised by the outcome of today. Julian claims he never lost hope things would work out. Up in Drew’s office, Jason stops by and tells him that Oscar is in the ER.

Alexis has the perfect job for Kristina.

Liz asks Cam why he was with Joss.

Oscar calls Joss to tell her where he is.

Drew asks Kim what is wrong with their son. 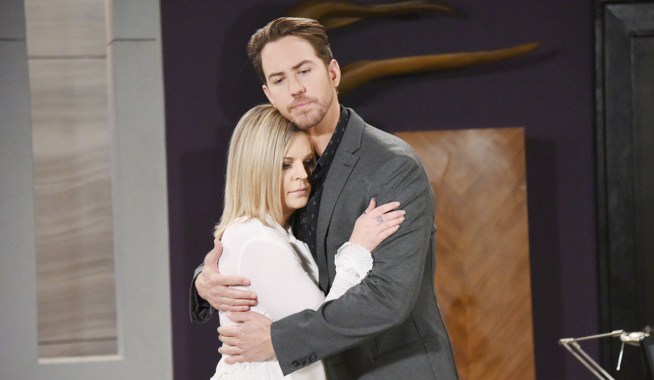 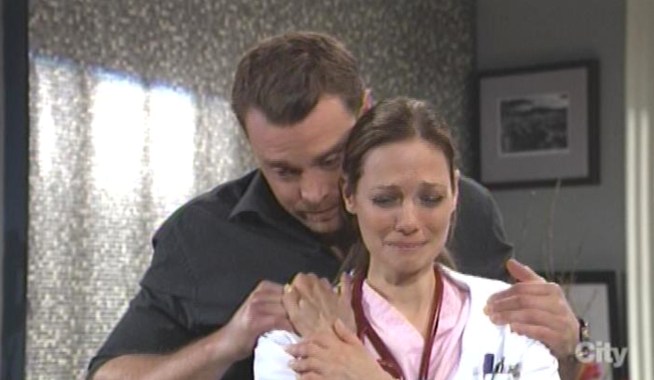