The Identity of the Patient in Ferncliff Is Revealed

Tueday August 28, 2018: Sonny looks at facilities for Mike, Lulu warns Felicia of an upcoming story, Kim gives Michael news about Nelle, and Felicia and Kevin recall their past with Ryan. 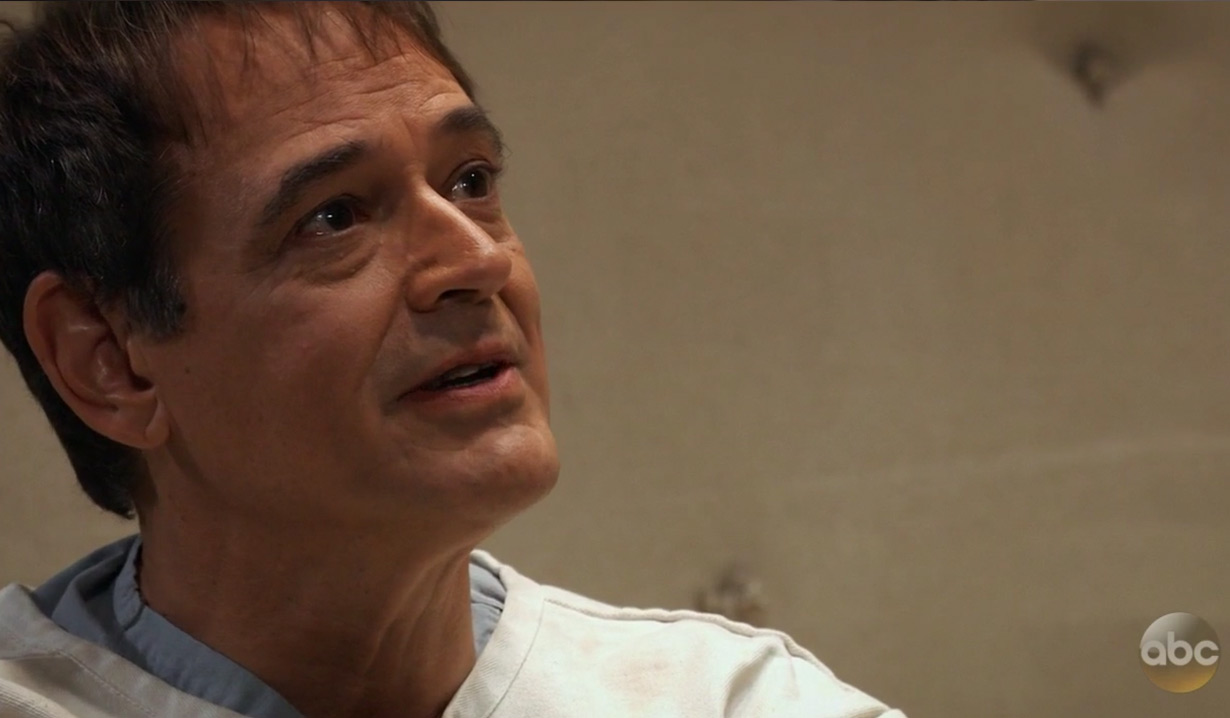 Jason and Carly discuss Mike at the Corinthos estate over breakfast. Sonny interrupts and tells them he’s going to visit some care facilities today. Carly clears her schedule and goes with him. Alexis meets with Lucas at GH. Today is the day they will learn if they keep Wiley. Elsewhere, Kim spends time with Oscar, and later runs into Michael and lets him know that she heard from Nelle. Nelle wanted her to testify that the hormones made her commit the crimes. Michael warns her not to be taken in by Nelle, but in the future, he needs no updates about the woman. She suggests he attend one of the hospital’s grief support groups, but he insists he’s fine. Julian meets with Brad in an office at the courthouse to inform him that he contacted the birth mother to plead Brad and Lucas’ case. Brad thinks he and Lucas should take Wiley and run, and Julian tries to calm him down when Brad and Alexis arrive. Alexis pulls Julian aside in the hall to tell him to leave before his presence sabotages things. He departs. Back in the office, Lucas confronts Brad about talking to his dad about running, which they can’t do. Alexis joins the men in the office, and Diane arrives without her client, the birthmother. At the Metro Court bar, Nina runs into Curtis, who explains he’s here to meet a client. Valentin approaches and offers his condolences about Madeline, who did not make parole, but Nina sees it as a reason to celebrate. She leaves for a meeting in her office with Diane. Diane tells her that Valentin is agreeing to the divorce but with stipulations. He wants her to have custody of her horse Lumiere, and visitation with Charlotte. Meanwhile, Valentin fills Curtis in on learning Carter Buckley was the adoption attorney Madeline used, and a quick search by Curtis reveals the guy is in jail. Curtis believes Nina should know about this, but Valentin refuses until they have proof Nina’s daughter is alive. He makes Curtis shake on it, which Nina spies when she walks back into the bar. She is furious, and Curtis quickly rushes out. She scolds Valentin for the stipulations on their divorce, and knows he’s trying to remind her how wonderful he is, but it won’t work. Suddenly Nina gets a shocking call from Pentonville letting her know that Madeline is dead. In the park, Felicia, Maxie and Lulu gush over baby James. Lulu warns Felicia that The Invader is going to run a feature on the twenty-fifth anniversary of the Ryan Chamberlain murders, but she is not involved with the story. Felicia remembers her past with Ryan and recalls blocking out who he was after witnessing him murder his wife. When she met him again in Port Charles she didn’t know who he really was. The whole ordeal brought her and Mac closer, and they met Kevin, who became family. Felicia continues to recall Ryan kidnapping Georgie, and his and Kevin’s faceoff at the carnival funhouse where Kevin had to learn the hard way that Ryan was beyond redemption. She admits she still has nightmares about Ryan. In Ferncliff, the patient with Kevin’s face claims to the orderly, Gordon, that he is the real Kevin Collins and his brother Ryan got the upper hand on him and switched places. Gordon offers to alert the higher ups and leaves. Later “Kevin” arrives and scolds his brother for causing problems. The patient says, “Nice to see you too, Kevin.” Kevin knows Ryan has been claiming to be him again. Ryan, the patient, chuckles that he had to try seeing Kevin is holding him captive. Kevin reminds Ryan when he found out he was alive he brought him here to try and treat him rather than turn him over to the cops. Ryan believes he can’t be cured and likes who he is. Kevin refuses to give up trying to help him. He turns to leave, and Ryan is able to escape his straight jacket and attack Kevin. Oscar arrives at Sonny’s as Sonny and Carly head out to look at the facilities. Jason offers to stay and watch Mike because Felix hasn’t arrived yet. Oscar is making a surprise video for Joss for their anniversary and Carly gathered some photos for him to use. Later, Oscar realizes he is going to be late meeting Joss, so Jason offers him a ride on his bike. Suddenly Oscar has a seizure and collapses. Jason rushes to his side.

Sonny and Carly talk in the park about the facilities. Sonny still hasn’t come to a final decision on what to do with Mike.

General Hospital will return with an all-new episode on Tuesday September 4. 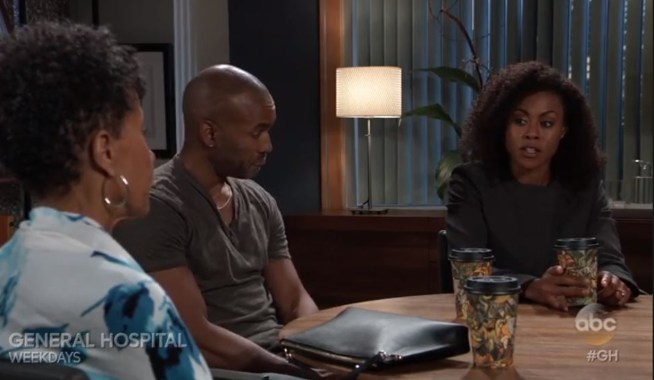 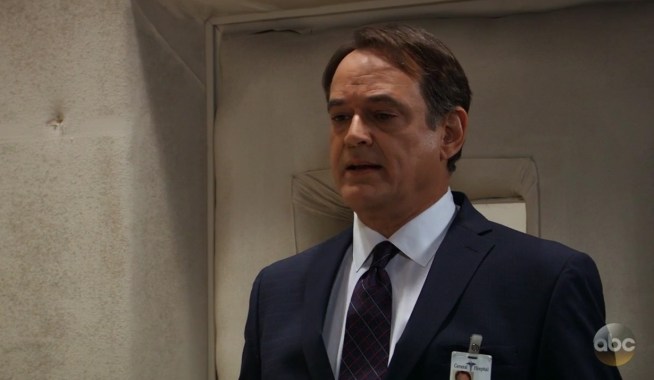