Monday August 20, 2018: Brad tells Julian more than he should, Nina gives Maxie a promotion, and Peter offers Lulu a job. 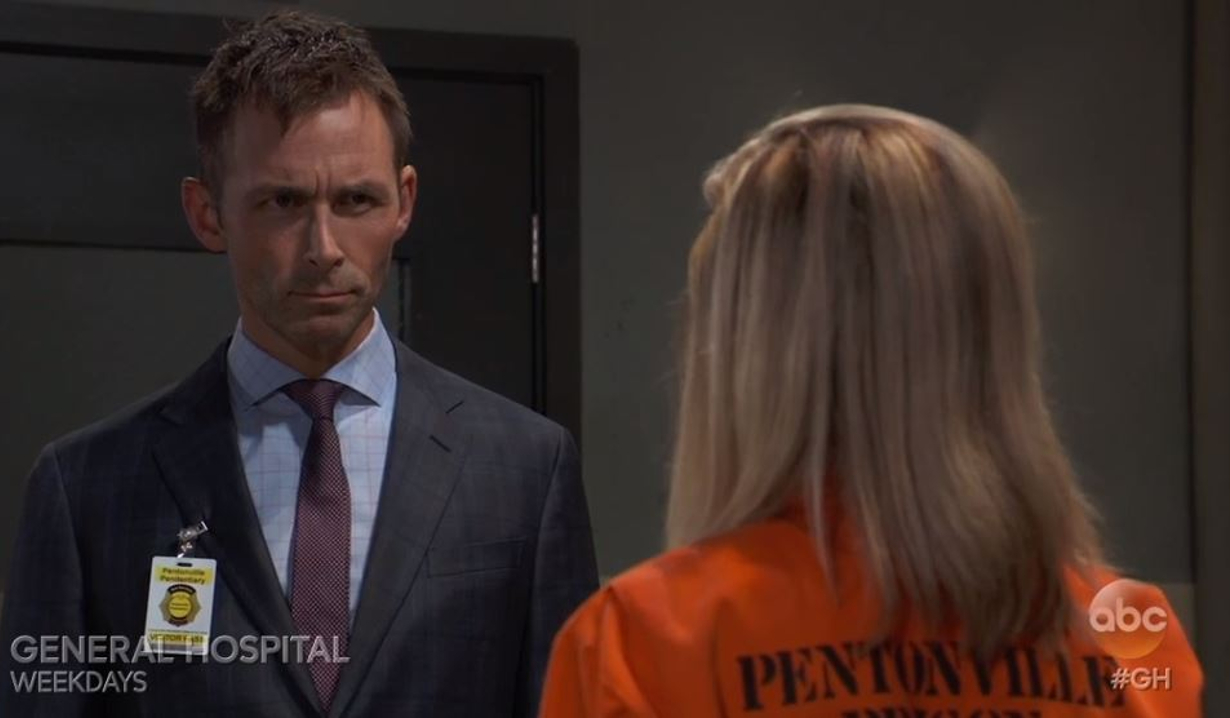 In the Pentonville visiting room, Madeline is disappointed to see that Valentin isn’t taller. She reminds him that she and Nina are estranged. He says she’s still his mother-in-law and has some information he needs. He brings up Nora Buchanan and offers to pay her bills if Madeline tells him what really happened during Nina’s coma. Madeline agrees to a deal. He knows she put Nina in a coma but doesn’t think she miscarried and the child is out there somewhere. From the way she’s twitching under questioning, he guesses it was a girl. He points out that Nina wasn’t at Creighton-Clark for 8 months. Eventually, she admits that Nina has a daughter. Madeline also explains that she’s not the ‘grandmotherly type’ and got rid of the baby. She put her up for adoption. He wants names, but she claims she used a broker and it wasn’t a traditional adoption. She can help but won’t do anything until he gets Nora to secure her release. It’s not that easy to manipulate him. He points out that that she can’t say anything because it will only make things worse for her. He’s sure he can find the child on his own and is leaving her to rot. In the park, Drew chases after Margaux and asks her why she grabbed him, kissed him and ran off. He suggests she’s trying to seduce him into helping her go after Sonny. She says she found him attractive but has decided he’s too messed up. Drew admits he’s been a bit of an ass, but he doesn’t know much about his past with women and offers to try harder. They agree to get to know each other some more as long as he doesn’t have to discuss Jason and Sonny again. When she walks off, he calls Curtis and asks him to do a full background check on Margaux. At Alexis’, she talks to Julian on the phone, calming his worries about Brad and Lucas. She and Sam go inside where Brad and Lucas are sitting on the couch, distraught. The lawyer explains that there will have to be a hearing to determine Wiley’s best interests. Lucas doubts that he and Brad have much of a chance against the birth mother. Alexis admits that if they won, it would be the first time for such an outcome. Brad runs off. Alexis tells Lucas that they probably only have a few days to prepare the case. Once he leaves, Alexis admits to Sam that there isn’t much hope. At the Corinthos compound, Michael tells Sonny and Carly that he wants a happy ending for Brad and Lucas. He heads out. Carly and Sonny worry about him. Then she worries about the accusations that Julian has been making against Sonny. He explains that his father dug up the body of a guy he killed and put it in the foundation of Charlie’s. Now Julian is planning to renovate. Sonny has been making sure that the renovations are delayed and could buy the place before it is. If the body and the gun are found, the forensics could be enough to put him away for murder. Peter sits with Maxie and Nina at Charlie’s. They talk about his plans to buy a tabloid, The Invader. Nina thought that going for gossip would be a step down for him. Peter offers Maxie a job, to Nina’s chagrin. Nina gives her a promotion and calls over to Julian for some champagne. He’s glum and explains that Lucas and Brad might lose their baby. He wanders over to the bar and calls Kim to say how much he needs her. An upset Brad shows up and asks for his help. He tells him he’s going to lose the child. Julian tries to be reassuring. Brad says, “Wiley’s not her son to take.” Julian asks for some clarification. Before he can get it, Lucas arrives and takes Brad home. Back at their table, Nina tells Maxie she’s never stopped missing her baby. She gets upset as she talks about her mom and how she wants a relationship with her even though she put her in a coma. She still wants a child of her own and wishes she could get over it. It’s hard to grieve for something you never had. Nina feels lucky to have Maxie in her life. Maxie asks her to come back to her place and spend time with James. Lulu runs into Chase at The Floating Rib. He tells her how haunted he feels, but that’s just part of being a cop. It gets to him sometimes. As he drinks, Michael stumbles in and Lulu tells him how sorry she is for his loss. Peter arrives and meets with Lulu. He informs her that he’s bought The Invader and is poaching her from her paper. Peter offers her the chance to do what she wants. She can’t imagine the tabloid become a credible paper. He points out that it would take her years to move up where she is now. Peter gives her until Friday to make up her mind and exits. Over at the bar, Chase drinks with Michael. Some ladies buy them drinks. Michael isn’t in the mood to flirt. He’s burying his child tomorrow.

Sam looks back at what she’s lost. 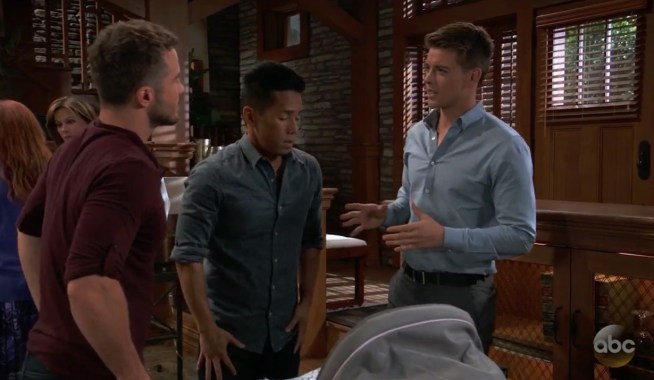 Michael Holds His Son As Alexis Gets a Troubling Call

Michael Buries the Boy He Thinks Is His Son 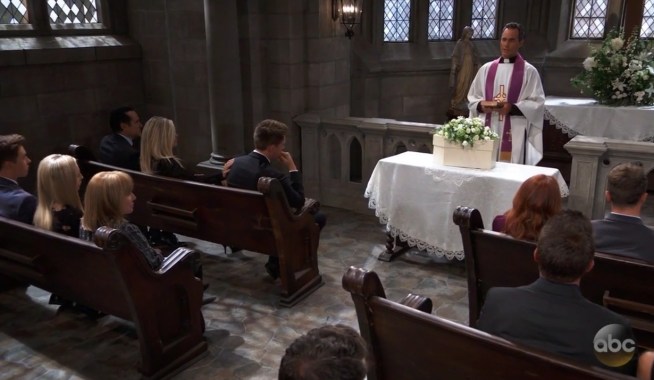