Griffin Admits He Had Sex With Kiki

Monday August 13, 2018: Robert and Jason search for clues, Finn learns who his patient is, and Bensch takes the stand. 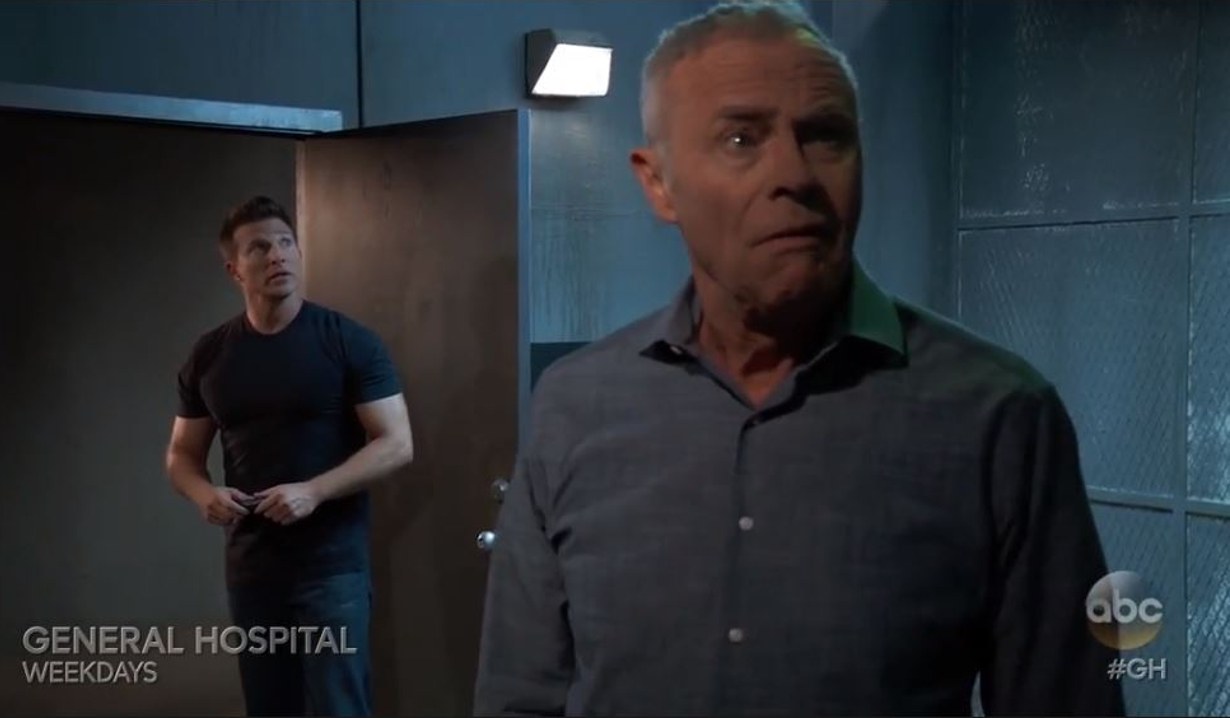 In the cell where Finn and Anna were kept, Robert thanks Jason for coming to be his back-up. Robert finds the tracking device he’d implanted in Finn on the floor. They debate whether Anna was the target or the bait. Robert mulls that over. They can’t come up with any ideas about why someone would abduct Finn. As they are about to leave, Stone Cold finds a pill on the floor. Robert recognizes it as the medicine that Anna takes and guesses she must have been the bait. Scorpio thanks him for his help. He gets a call and learns that someone else was taken. Anna and Finn are taken into a clinic and locked in a room by Klein. The doctor is impressed by the new digs. Anna explains they are just outside of Toronto. He tries to think of who they brought him there to treat. She’s realized that she was the bait and assumes their captors don’t need her any longer. She also guesses that their captors are mercenaries. As she searches around, she complains about Robert dragging him into this. She doesn’t like Finn risking his life. He says she’d do the same for him. The risks don’t scare him. Klein returns. He explains that a woman in a coma is being transferred there: Cassandra. Liz lectures Cameron at the PCPD for shoplifting. Franco paid for what he stole and explains the shop wants a personal apology. Then they are square. Cam complains about how poor his family is and refuses to listen to Franco because he’s not his father. They bicker until Cam points out he’s not the only kid who shoplifts. His mom grounds him and he complains that she’s ruining his life. Liz admits to Franco that she was worse than Cameron when she was a kid. He’s sure it’s just a phase. At Kelly’s, Oscar rants about Cameron stealing and the message he’s sending to people. Joss stops him to explain that Cameron isn’t a bad influence, she is. She admits she steals. That doesn’t make sense to him. He apologizes for being so judgmental and makes excuses for her. She doesn’t appreciate that. Joss reassures him that, even if Cam understand her family drama better than he does, he has no reason to be jealous. As he gets drinks, she texts back and forth with Cam. When Oscar comes back, he apologizes again and promises not to rush to judgment. In the court room, Scott grills Griffin on the stand, asking him if he’s ever had sex with Kiki. Griffin furrows his brow and Ava sneers. The doctor eventually admits he’s had sex with Kiki. Bensch is pleased. Alexis isn’t. Griffin explains that he and Kiki were intimate while he was her superior. When Alexis questions him, she gets Griffin to admit he wasn’t her direct supervisor and their encounter was consensual. He says it was a mistake. Ava shakes her head. Once Alexis finishes, Ava storms out and Griffin chases after her. In the hall, she slaps him twice. Back in the court room, Kiki apologizes to Alexis for not saying anything and worries if they can still win. Across the room, Bensch reminds Scott that he’s there to defend him. Bensch takes the stand and tells Scott how he and Kiki grew close, mentioning that she confided in him about cheating on her boyfriend. He claims she tried to make him think she was interested in her. When Alexis questions him, he explains any negative criticism Kiki received was warranted for her performance. She suggests he took the photo of Griffin and Kiki as insurance. A recess is called. The room empties out and Scott apologizes to Alexis while Julian tells Kiki that her mom left looking angry. As Kiki heads out for some air, she bumps into Bensch, who says he’s not sure the jury will be sympathetic to her now. Griffin follows Ava home. In the penthouse, he tells her that he had sex with Kiki the night of the Nurses’ Ball and when he thought they were broken up. “During this twelve-hour break-up did you have to jump into bed with my daughter?” she asks. Griffin insists it was an accident but she
doesn’t believe it. He repeats that it was a mistake and points out she’s made those too. She accuses him of having a fetish for women in trouble. Kiki was too weak for him to resist. Ava claims he made her believe in hope, but she’s realized she was just a vacation from his morality. She calls him a hypocrite and says he means nothing to her. Ava boots him out. He keeps apologizing. “You don’t know what it means to be sorry, but you will,” she warns.

Kiki finds it hard to cope. 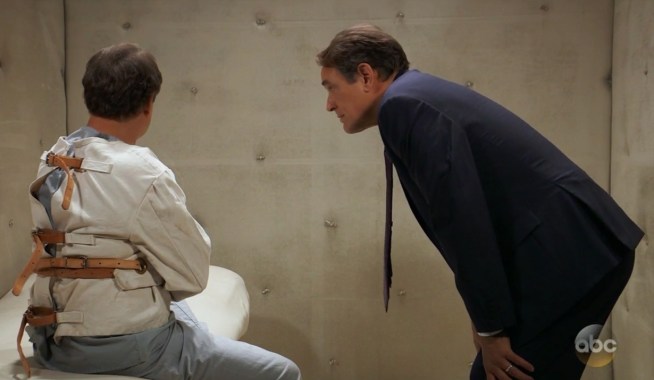 The Jury Returns a Verdict in Kiki's Case Against Bensch 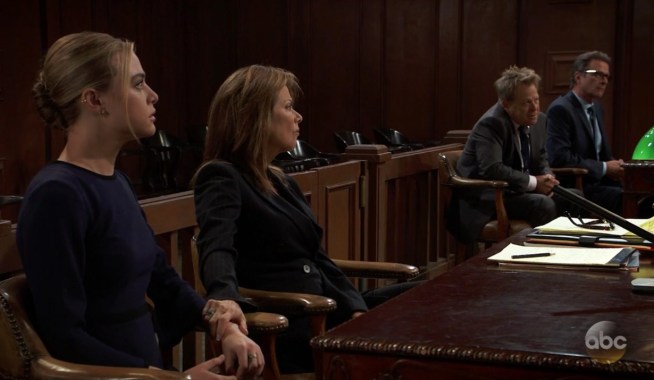 Life’s a Beach House: How Singapore’s Top Factual Producer Is Using Its Edge in Asia to Get Ahead