Michael and Chase Get Nelle Where They Want Her

Wednesday July 25, 2018: Sam has some surprises for Jason, Alexis tries to talk Kiki around with some help, and Cameron helps Oscar with Joss. 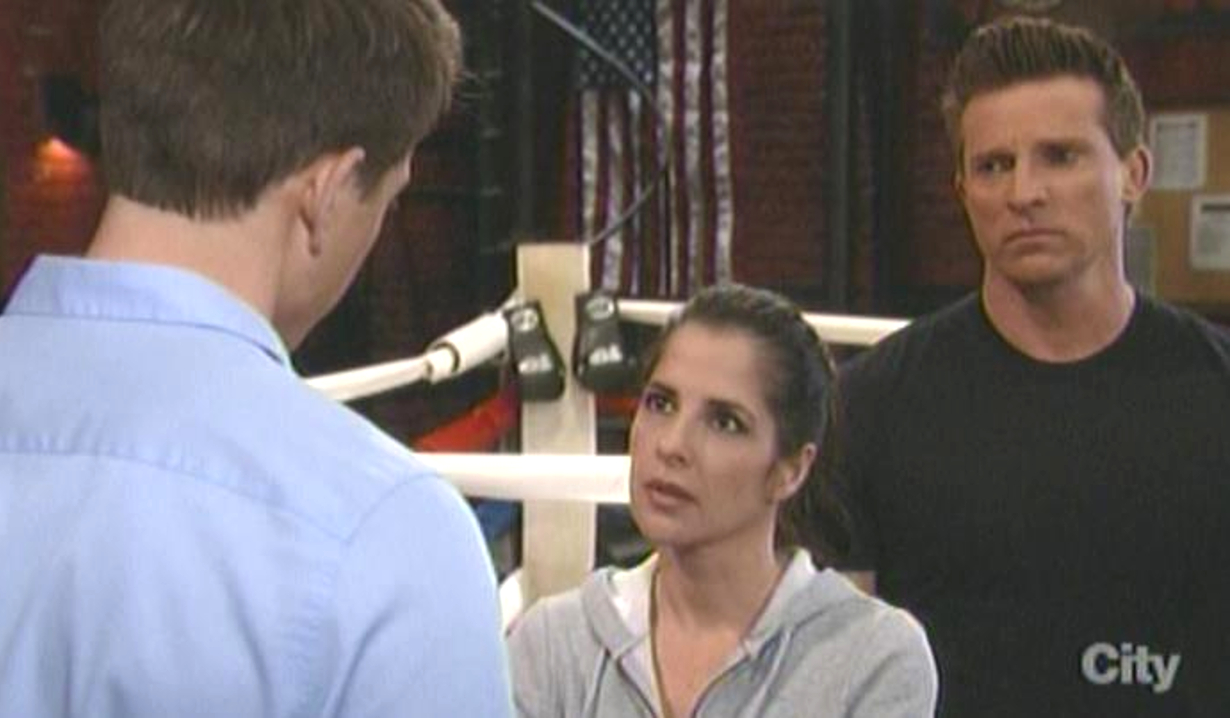 Kiki returns to Alexis’ and repeats that she’s done with lawsuit and wants her life back. The lawyer wants to change her mind and takes her inside where Ava, Olivia, Jordan and Kim wait. They all tell her that they’ve been sexually harassed too and it’s time for them to be taken seriously. Each of them tells a story and urges her to take advantage of the current movement. They beg her not to waste her chance to empower them. Kiki decides that since they all survived, so can she. In the gym, Jason warns Michael again about how dangerous his plan is. Michael tells him not to be so worried. Sam walks in and also warns Michael to be careful with Nelle. It would break Jason’s heart if he gets hurt. Michael claims he just wants to give his child a good start in life. After he walks away, Jason is grateful to Sam for what she said. She tells Jason how lucky she’s been to have the people she thought she’d lost come back to her. They recall how hard things were for Danny when he was a baby. He wishes he’d been there to help her through the leukemia. She assures him she had plenty of help, especially from Patrick. He’s startled to learn that she was engaged to Patrick and no one bothered to tell him. She reminds him of his connection to Robin. All of this is making him really uncomfortable and that makes her laugh. She brings Danny in and Jason and the kid run around. Jason teaches him to box.

More: Billy Miller in thriller Are You Sleeping? On the pier, Nelle tells Chase that the only way she can save herself is by making sure Michael dies in the next couple of days. She cries on his shoulder and he promises they can fix this. Nelle wants an accident to take her husband out permanently. She reminds him that he offered to help. The cop says he loves her but asks her to explain exactly what she wants him to do. “We gotta find a way for Michael to die,” says Janelle. She doesn’t see any other option. He agrees to help. That’s a relief to her. They kiss and he leaves to ‘plan’, stopping to send Michael a text that they have her where they want her. At the Corinthos compound, Sonny sees that Joss is not answering her calls. He asks what’s wrong. They talk about her mom’s situation and she reminds him of who he is. Sonny says he’ll take the necessary measures when he has to. Michael interrupts and the dimpled don walks off. Joss asks Michael if he’s confronted his wife about kissing Chase. He doesn’t explain anything but promises that everything will be taken care of. When Sonny returns, she takes off to run errands and the two men agree that Joss needs her mother back. When Michael gets the text from Chase, he tells Sonny that they have Nelle where they want her. This only makes Sonny more worried. Michael insists he’ll do whatever he has to for his child. Soon, Chase arrives and plays the recording he made of his conversation with Nelle. Sonny thinks they should just take that to Jordan and get her arrested. Michael and Chase say it’s not enough to stick. In the park, Cameron finds Oscar making desperate calls to Joss and asks if there is trouble in paradise. Oscar says she’s been all over the place lately. Cameron guesses he didn’t grow up around much family drama and Joss must have a lot of issues to deal with. He explains that Joss doesn’t want to reflect on her feelings, she wants to escape. Cameron grabs Oscar’s phone and sends her a jokey text. That actually gets a response. “Dude, it worked!” says surprised Oscar. Elsewhere, Nelle runs into Joss, who tells her about her fight with Oscar. Nelle is sure that they can work it out. After she gets another text from Oscar, she agrees to go and see him now. Nelle hopes it all works out for her. Joss has a good feeling about it. Nelle looks at her ring and says, “So do I.”