Thursday June 28, 2018: Dante breaks news of his new job to Lulu, Bensch seeks to hire Scott to defend him, Michael tries to convince Nelle they belong together, and Ava is determined to see Bensch pay. 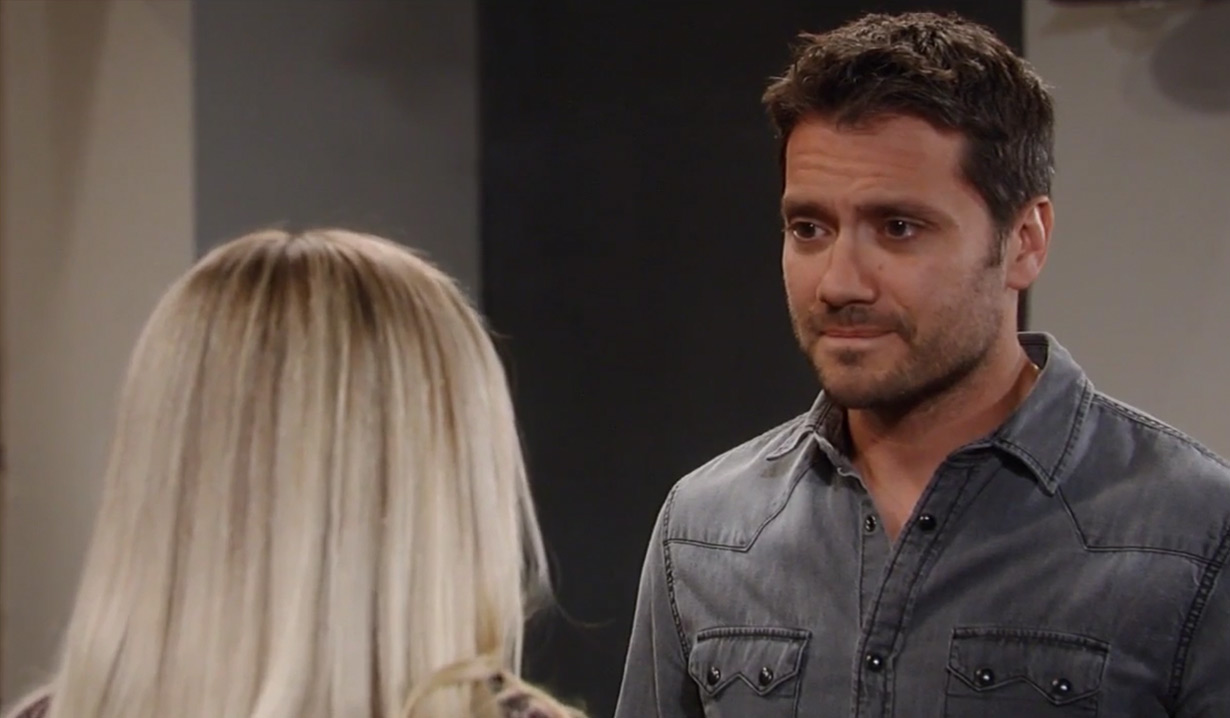 At Sonny’s gym, Chase works out with Sam until he has to return to the station. Jason joins Sam and tells her about going undercover at Ferncliff, until Kevin had him fired. He worries that Carly will break in there without him and do something stupid to make things worse for herself.

Drew stops by Liz’s house after receiving an invitation to her and Franco’s November wedding. He wanted to make sure the invitation wasn’t a mistake. Liz says it wasn’t and Franco wants him there.

In his studio at GH, Ava and Franco crack jokes about where they could dump Bensch’s body and how to off the guy. In the hall, Finn leaves a message with Anna asking her to call him when she gets a chance. Finn walks in on Franco and Ava and offers to get Franco takeout, but Franco passes. Finn departs, and Ava continues to rant that Bensch cannot get away with what he’s done to Kiki. Franco suggests she wait and see what happens with Kiki’s trial before doing anything rash.

Alexis and Kiki discuss the lawsuit at Charlie’s when Bensch walks in. Alexis informs him that they are filing a lawsuit against him and suggests he lawyer up. Bench leaves, and Kiki heads out too. Alexis thinks she’s taking care of one lousy man from her past, now she has to deal with the rest.

Lulu comes home early from work at Dante’s request. He explains the WSB is putting together a task for to locate Raj, the guy who tried to kill her a few years ago by throwing her off the Haunted Star. They have a new lead on him, and he’s now involved with serious gun trafficking. He has been invited to join the task force and leaves tonight. Lulu doesn’t understand why he needs to be a part of this. Dante says he is good at undercover work, and Raj has never seen him, plus he wants Raj to see justice for what he did. Lulu fears for his safety.

At the Quartermaine mansion, Michael asks Nelle to make their family official and become his wife. He claims it took Chase threatening her to open his eyes about how he feels about her. Nelle asks if Michael still loves her. He states he has always known they belong together.

Back at GH, David runs into Scott and asks him to represent him in lawsuit, which could make them both rich. He explains Kiki’s allegations against him, which have damaged his good name. Scott realize he wants to counter sue Kiki, and maybe even GH and the Port Charles Press.

Finn runs into Alexis at Charlie’s while picking up takeout. He asks why he hasn’t seen her around GH lately. She admits she changed her schedule.

At the gym, Sam tries to reason with Jason, who wants to break Carly out. She makes him see his best option is to prove Nelle set Carly up. Jason goes over the evidence he’d need to locate, the scarf, the cologne, and the mysterious note from Morgan that was blank. They figure the note was probably written with disappearing ink.

Back at GH, Scott catches Ava and Franco discussing Kiki’s case. Scott reveals Bensch asked him to defend him, but he said no. Ava gets an idea.

At Charlie’s, Alexis tells Finn that she’s trying to figure out why she chooses men who are bad for her, and why they are drawn to her. She thanks him because it was he who made her aware she’s stuck in this pattern.

Chase stops by Dante’s house. Dante tells him that he’s leaving town for a while and wants to make sure he’s going to look after Michael. Chase will and swears he won’t let Nelle screw Michael or anyone else again.

At Liz’s, Liz pushes Drew to stop carying the burden of Jason’s past and focus on making his own memories.

At the PCPD, Michael and Nelle stop by to see Dante, who is not in. They tell Chase they want to get a marriage license.

At GH, Scott is shocked that Ava wants him to take Bensch’s case only to tank it. She offers to compensate him well. Scott finds Bensch in the halls and tells him he can take him on as a client after all.

At Liz’s place, Drew admits he could get Jason locked up for life with what he knows, but Liz doesn’t think he’s that kind of guy.

At the gym, Sam makes some calls and learns the note Carly claimed was from Morgan is in PCPD evidence. She offers to help Jason acquire it.

Maxie gets a surprise party.

Franco wonders if Drew is trying to convince Liz not to marry him.

Peter begs to be untied.

Obrecht assures Nina she has prepared a contingency plan.

Michael Asks Nelle to Marry Him

Liz Is Shocked Her Childhood...

What Does a Drake Feature Mean for an Album? ‘Everything,’ Says Rapper Lil Yachty