Nina Accuses Valentin of Trying to Blackmail Her

Monday June 25, 2018: Obrecht has a new plan for Peter, Jason gets cornered, and Sam and Curtis get caught snooping. 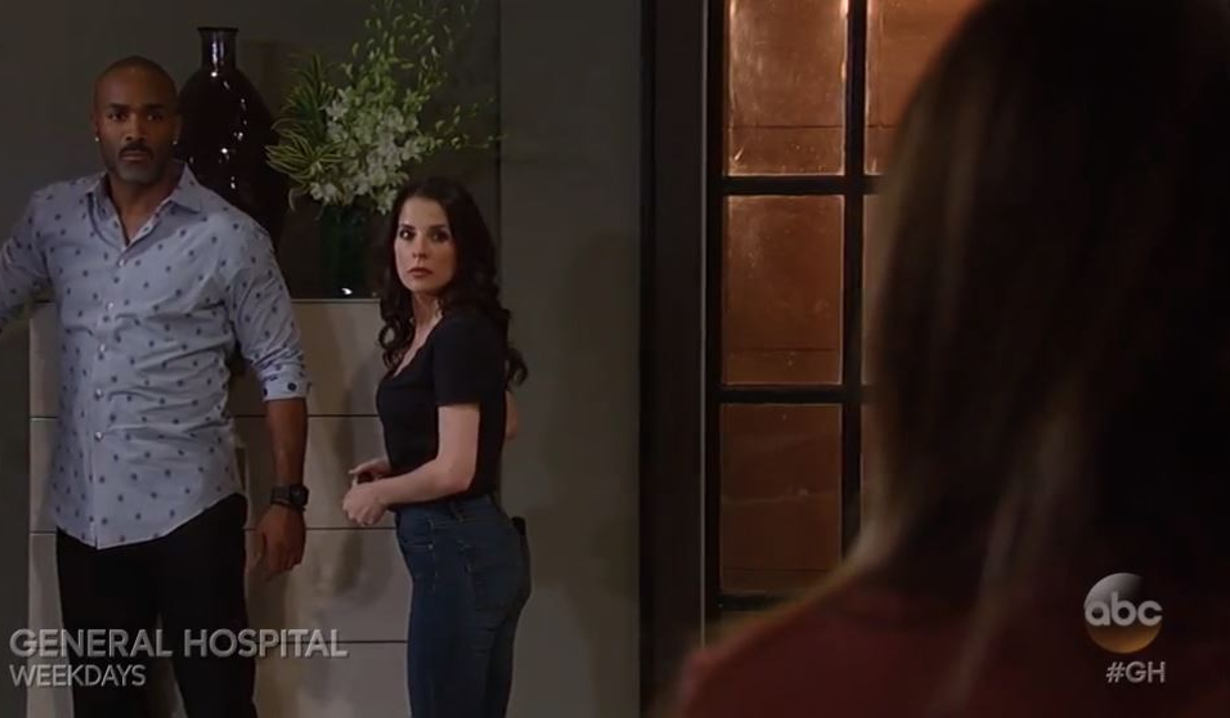 DA Dawson catches Curtis and Sam searching her hotel room. They explain that they are detectives. She tells them they can explain that to the cops. They claim that the commissioner sent them to search for Peter. She finds that hard to swallow and decides to watch them search. Curtis looks around but comes up empty. At Ferncliff, a patient screams out. Jason wonders who it is. Kevin tells him not to ask. The doctor lets him into Carly’s room and locks the door. Jason hands Carly a burner phone and worries that Kevin is going to turn him in. Dr. Collins returns and shows Jason out. Carly confesses to the doctor that she faked insanity to avoid prison. She also insists that she didn’t touch Nelle. Sitting down, he decides that they should use this time constructively and points out how many problems she still has. They discuss her grief and she admits it didn’t take much to believe Morgan was reaching out. He suggests there are other ways she could cope with this. Later, she hears tapping on the wall and wonders if it’s a code. Looking for Liesl, Felicia startles Anna at The Floating Rib. She’s trying to plan the shower for baby James and Obrecht is nowhere to be found. Felicia asks after Peter and they discuss how hard it was to have Faison’s son. When the blonde asks who she has for comfort, Finn pops up. Felicia is thrilled to see them together and rushes off to look for Obrecht. Anna hands Finn a copy of the P.K. Sinclair novel and admits how much she misses Robin. He encourages her to stop waiting for Robin to reach out and do it herself. Later, Jason wanders in. He and Anna discuss Carly as well as Robin. He admits that he’s talked to Robin. They talk about nearly killing each other and she apologizes for setting this Peter mess in motion. Stone Cold tells her not to apologize and reminds her of how much he owes her because of Robin. He tells her to believe that her daughter still loves her. Valentin and Nina are in her office at Crimson. He reminds her of all the help he’s given her in the past. That doesn’t go over well. She accuses him of trying to blackmail her and they argue about Cassandra. He admits that Anna may have figured out what happened. This only makes things worse. Nina accuses him of trying to keep Anna in his life. Felicia interrupts, looking for Dr. O. Nina offers to try to track her down. After Felicia takes off, Valentin asks Nina to let him help with whatever she’s dealing with. She refuses. After she exits, he makes a call. “I’m doing this for my wife. There’s no margin for error,” he says.

More: Catch up with the Soaps weekly roundup At the cabin, Obrecht continues to taunt Peter. She reads the P.K. Sinclair novel to him and admits she’s almost sorry or his fictional self. That makes keeping him alive seem interesting. She’s decided that he has to write his confession as a sequel. If it’s successful, she’ll let him live. He points out that she broke his hand. She says he can dictate. The novel will destroy Anna’s reputation and be a testament to Nathan. When Peter asks about him, Liesl gets upset, explaining how kind he was. Nina eventually shows up and warns Liesl that Felicia is looking for her. Dr. O takes off. Peter tears up as he begs Nina to save him. At the hospital, Jordan drops in on Maxie and they chat about the baby. Maxie guesses she really wants to talk about Peter. This makes her upset. The commissioner points out that Peter seemed to be trying to change himself for her. She may have been his only friend. Annoyed, Maxie insists that August never told her much and what he did tell her was likely a lie. Jordan gives her a hug and offers to help her with any ‘single mom stuff’. After the commissioner leaves, Maxie reads a few pages from Peter’s novel. She realizes he had a horrible childhood but still can’t forgive him. Felicia arrives and Obrecht rushes in soon after, eager to plan the baby shower.

Sam and Curtis head to The Floating Rib. Jordan joins them. To their surprise, the DA arrives. Curtis admits that they met earlier. Dawson and Jordan suit down. The DA admits she doesn’t think much of the commissioner sending her fiancé off to do investigating for her and observes how mixed up the law and criminal organizations are in this town. Across the room, Anna tells Finn that there’s too much distance between her and Robin and she needs to go and see her. He offers to go with her, but she suggests his patients need him. Finn walks her out and kisses her in the hall. She assures him she’ll come by. He’ll be waiting.

When Jason returns to Ferncliff, Mary Pat corners him. She accuses him of being a liar, takes his badge and orders him out. He leaves, looking glum, and Kevin comes out from around the corner.

When Anna gets in a car to ride to the airport, the driver has a gun beside him.

Carly gets a surprise.

Joss has to think fast. 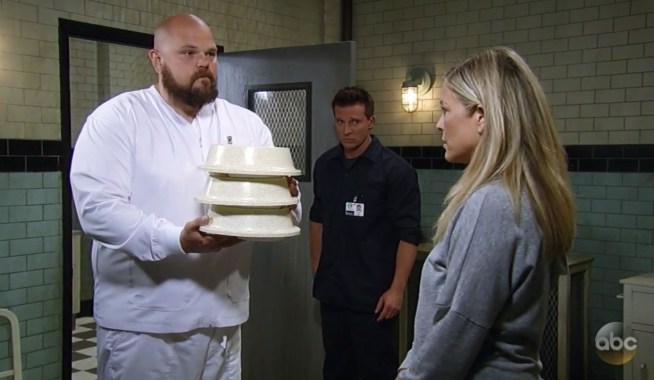 A Mysterious Patient Is Heard Screaming at Ferncliff

Carly Gets a Surprise in Her Cell 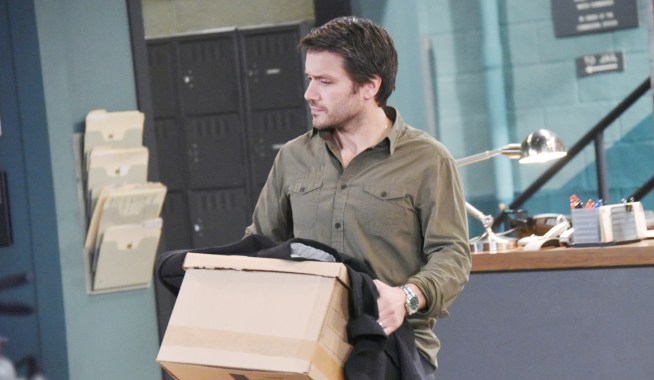