Drew Makes a Risky Choice To Regain His Memory

Wednesday May 30, 2018: Kim turns to Jason for help, Valentin has work for Alexis, and Curtis has an offer for Sam. 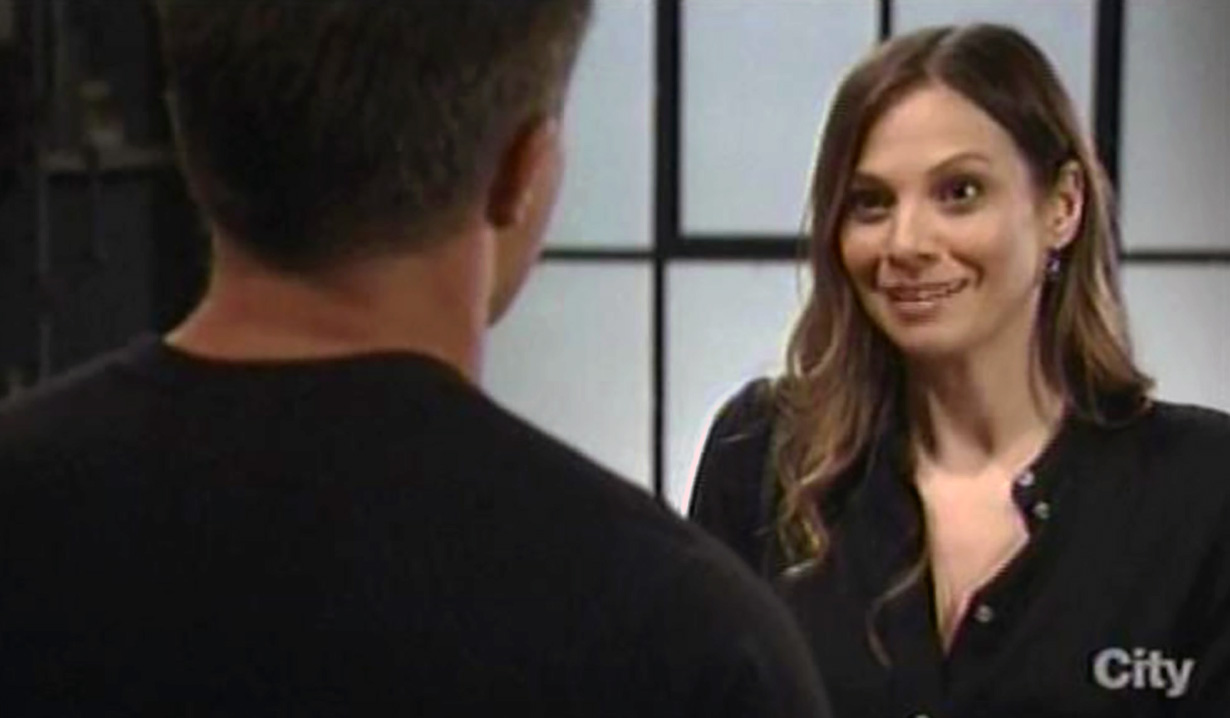 At the penthouse, Jason talks to Spinelli on the phone about Carly’s case and encourages him to dig up the trail Nelle left. Kim shows up. Stone Cold tries to fob her off, but she begs him to help her with Drew for Oscar’s sake. Sitting down, she explains that Drew may be able to get his memories back, but he could suffer severe brain damage in the process. She asks him to try and convince Drew not to go through with the potentially dangerous procedure. Jason says Drew will never listen to him. Besides, he admits that he would make the same choice that Drew is making. He also admits that the people he loves could talk him out of it. He suggests that Drew may be able to listen to her the way he listens to Carly. Lucas drops by Charlie’s to see Julian. He needs help with his biological mother. They sit down and Lucas worries that the birth mother may pull the rug out on he and Brad at any time. He explains that the mother will have a month to make up her mind about leaving the baby with them. Julian doesn’t know how he can expected to hold his breath that long. At home, Alexis goes through a box of Mikkos’ things until Valentin interrupts. She’s reluctant to let him in but he offers to make a donation in her name. Valentin wants her to help him set up a trust for Charlotte. She doesn’t want anything to do with their family. He notices the box and offers to tell her anything she wants to know about Mikkos if she helps him. She doubts he knows much about their father, but he claims he’s done extensive research. The lawyer says she can do her own research. He reminds her of how much he knows about her; it’s almost like she doesn’t want to know much about herself. After he leaves, she stares at photo of her father. Julian calls but she doesn’t answer. Curtis runs into Sam outside of Kelly’s. She congratulates him on his engagement. They discuss the Peter situation and her future at Aurora. She thinks Drew needs time to himself to figure things out and so does she. Sam explains she’s not wired to work behind a desk, so he suggests they partner up in a PI firm. She’s not sure, but he does his best to talk her around. McCall wants to talk to Drew before she decides on anything.

In the cells, Peter tells Drew that he has everything he needs to give him back his old identity. He has a copy of the missing flashdrive and will give it to him for a price. Drew refuses and explains that he already has a plan with Andre. Peter warns that he’s making a big and dangerous mistake. After Drew exits, Sam shows up. She admits that she’s grateful to him for what he did for Drew, but that’s where it ends. They start to argue. He tells her that Drew is going to have a risky operation that could wipe him out. He suggests she remind him he needs the flashdrive. After she leaves, Valentin shows up, seething with rage. Nina bumps into Obrecht at the hospital. They talk about Maxie and the baby before Nina breaks the news about Peter. Liesl is horrified when she learns that Peter’s mother is actually Anna and not a streetwalker. Obrecht doesn’t want to think about this and would rather go and see the new baby. They head down the hall and check on James. Obrecht couldn’t imagine a finer name. Later, Curtis drops by and Nina tells him that she’s divorcing Valentin. He turned out to be everything everyone warned her about. Meanwhile, Kiki tells Liz that Bensch propositioned her and it’s not the first time. She details the bad review he wrote of her and his request to meet in a hotel room. Liz wants to rush over and get him, but Kiki is worried that this could backfire on her. Liz compares this to her rape and warns that keeping quiet will enable Bensch to continue doing things like this. Kiki worries that no one will believe her, but Liz offers her support. Back in the maternity ward, Obrecht vows that the baby will have nothing and no one to fear. She will make sure of it.

Drew sits in Kelly’s and remembers telling Jason that he doesn’t want to be lumbered with all of his baggage. He calls Andre and tells him he’s made up his mind. As he heads out, he bumps into Kim and tells her he’s going ahead with the procedure.

Sam arrives at Jason’s and tells him she needs his help.

Obrecht throws around some blame.

Griffin gets discouraged thanks to Ava.

Valentin goes on the defensive.

Bensch Threatens Kiki With a Bad...

Peter Escapes Jail and Is Stabbed