Friday May 18, 2018: As the Nurses' Ball continues, couples reconfigure, Jason and Sam team up, Peter must help Maxie, and Valentin gets a surprise. 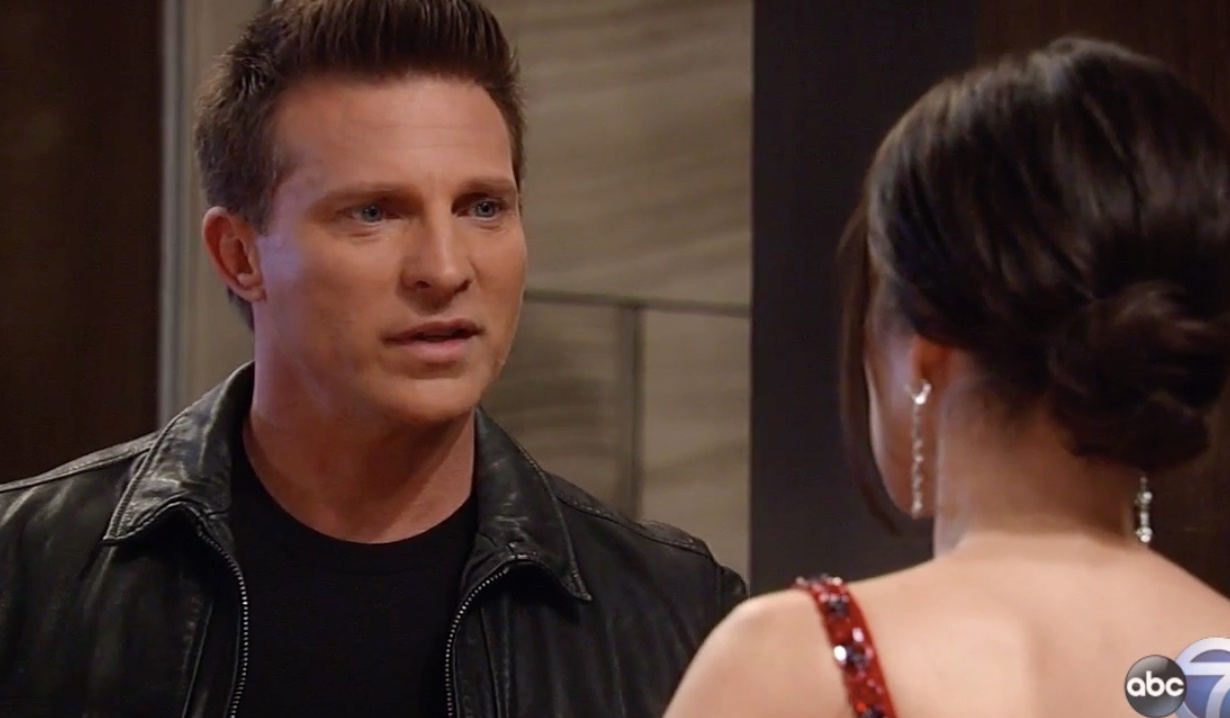 [General Hospital was pre-empted from 3:05 PM – 3:30 PM EST for a national press conference on the school shooting in Texas.] Backstage at the Nurses’ Ball, Finn tells Anna he hasn’t stopped caring about her, as Alexis listens from behind some wardrobe. She unintentionally makes her presence known and then runs off. Finn follows her through the crowd, who is expecting Alexis to accept her award. She’s too emotional though and leaves the room. Lucy keeps things moving by introducing Ned and Olivia who perform. Meanwhile, Nina convinces Valentin to stay at the ball instead of running off on a getaway. Later, Molly yells at Finn for upsetting her mother. When she leaves, Anna approaches and tells Finn she’s not dying. He in turn says he meant everything he said. She smiles and says she cares a lot about him too. She has to leave though, but assures him everything will be over after tonight. Anna then tells Finn to go find Alexis. Backstage, Drew surprises Oscar who is about to perform with Joss. Kim sweetly smiles at his presence.

Sam finds Faison’s lighter in Peter’s office and compares it to the book.

Michael sits with Nelle at the hospital. Jason enters looking to talk with Michael. Nelle and Jason have a stare off as Michael exits to speak privately with Jason. Out in the hallway, Jason tells Michael Carly didn’t push Nelle. He thinks deep down, Michael knows that. Michael has doubts, but Jason fiercely defends Carly. He’s interrupted by a call from Sam, who needs to see him. Jason tells Michael to be careful before the men part. Back in Nelle’s room, Michael asks what led up to the incident on the stairs. Nelle gets upset which sets off her monitor. He calms her down and asks again if it was an accident. Nelle declares Carly pushed her. She wanted her to fall. Michael tells her to rest.

Jason runs into the Metro Court lobby to meet with Sam. She gives him the lighter. They realize Peter is Henrik Faison. Sam worries that he’s with Maxie right now. Back at the ball, Finn finds Alexis at the bar drinking a club soda. He tells her he’s sorry. He didn’t mean to hurt her. He didn’t hurt her, she tells him. She’s just hurt. She’s allowed herself to be a prop in his game with Anna. Inside, Joss sings, while Oscar plays guitar. They receive a standing ovation. After, Sonny tells Joss how terrific she was and that Carly would be proud. Mike joins them to add to the praise. Oscar and Joss walk over to an excited Kim and proud Drew. Meanwhile, Valentin watches from his table as Maxie tells Peter she doesn’t feel good. They exit. Across the room, Robin questions why her mother is leaving so early. Anna says she wouldn’t leave if it wasn’t important. Valentin, who takes note, rises from his seat, but Lucy tells him it’s his turn to perform. At their table, Kim asks Julian if he wants to go after Alexis. He says he’s there with her and kisses her. She tells him he has an out if he wants one, as Finn assures Alexis he was never using her. She responds that she needs him to not be there right now. He leaves. Elsewhere, Stella introduces Felix to Mike. She thinks they will get along well together. Jason runs into the ballroom where Sam tells him Peter and Maxie left. Jason thinks he’s meeting someone and suggests they hack into his email account. They dart off, as Drew looks on wistful. He heads to the bar, where Kim joins him, as Julian finds Alexis. Valentin takes the stage, noting Anna isn’t in her seat. He sits at the piano and sings to Nina. When he’s finished, he stands for his applause. He turns to see Robert, who comes up behind him and punches him.

Jason and Sam rush into Peter’s office. When Jason can’t get a hold of Spinelli, he tells Sam she needs to do the hacking. As Peter drives Maxie home, her water breaks. She orders him to pull over because there’s no time for the hospital. She yells out in pain thinking something’s wrong with the baby.

Anna waits on the pier. 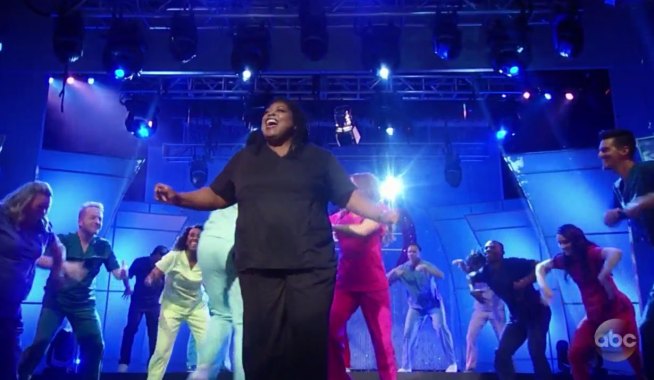 Curtis Proposes to Jordan & Finn Declares His Feelings for Anna 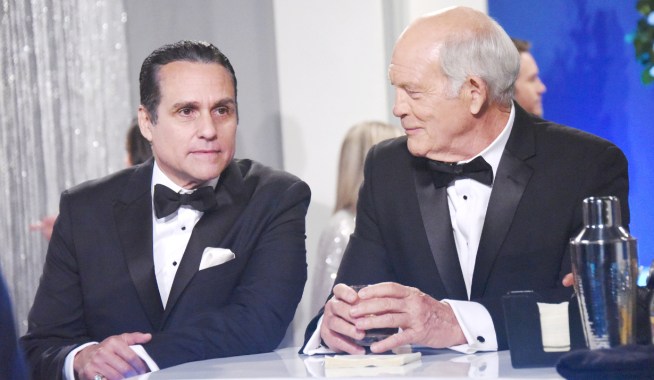