Nelle Falls Down the Stairs After a Fight With Carly

Friday May 11, 2018: Carly and Nelle clash at the shower, Jason and Sonny dig at Croton, Anna makes contact with Henrik, and Sam and Curtis remain suspicious. 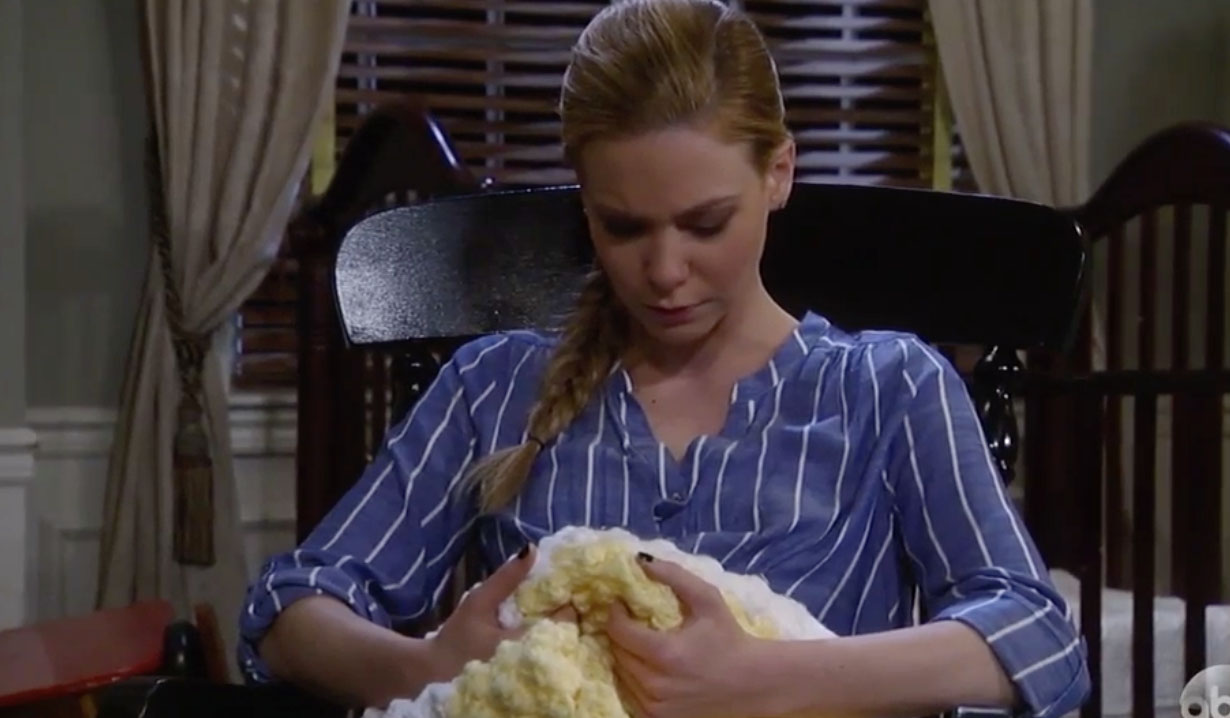 Jason stops by Sonny’s and gets filled in on Croton. Sonny’s worried his life could be blown apart because he buried his gun with the body. Jason says they should get moving. Sonny and Jason bring shovels to the Croton site and start digging. Sonny takes a break to reminisce about his former idealization of Scully because he was the opposite of his father. He can’t believe Mike, who wasn’t even there and is starting to lose everything, brought him back to the place where it all started. Sonny also expresses regret for leaning on Jason so much over the years, but Jason says Sonny gave him a family. They’re all good. As Jason continues to dig, he finds a money clip. Sonny’s knows who it belongs to. Jason then says there’s no body there.

At the Metro Court, Anna leaves another voicemail for Robert. She then sends an email to Henrik as his mother. Valentin plops down and says, “You’re avoiding me.” He brings up the box with the Cassadine crest on it that Robert was interested in. He thinks he has information for him. Anna says she will pass it along, but lies that she’s not searching for her son any longer. Robert has taken over for her. Valentin is sorry she’s in pain. Anna mocks him, but he believes she’s truly on a search for peace. He hopes she finds it. Once he’s left, Anna continues to email Henrik, urging him not to trust Valentin. Peter reads Anna’s anonymous email in his office. He angrily calls Valentin and orders him to call him back. Sam stops by to question why he thought it would have been good for her to leave Aurora. He thinks it’s in Drew’s best interest in terms of the company for her to walk away. She appreciates his honesty, but she’s back and not going anywhere. After Sam leaves, Maxie bounces in to express her gratitude over Nathan’s scrapbook. She thinks Nina finally sees what a good guy he is too. Maxie brings up the Nurses’ Ball, but says she’s not going. Peter suggests they go together and Maxie agrees. Later, Valentin arrives to discuss an important matter.

Back at the Metro Court, Curtis meets with Nina, who pays him for the job with Peter. He wonders if she wants him to do extra digging. She thinks she was just angry over losing Jay and feeling protective of Maxie. But Peter isn’t a threat. Curtis then asks for her help picking out an engagement ring for Jordan. Even though he knows he’s going to hurt someone he loves by marrying Jordan, he wants to honor his bond with her for the rest of his life. Nina picks a ring off his phone and says she’s happy for him. Curtis appreciates her. She in turn thanks him for being a good friend to her with the investigation. At the bar, Maxie runs into Sam and tells her she’s going to the Nurses’ Ball with Peter. Maxie then joins Nina at her table to fill her in, as Curtis meets Sam at the bar. They agree to not let go of their investigation of Peter August.

More: Is Betsy the worst mother on GH? Carly continues her freak out at Nelle’s shower in the Quartermaine mansion. Monica intervenes, but Bobbie defends Carly saying this is Nelle’s fault. Olivia tries to get the games back on track, but remains on Carly’s side on the issue. Carly insists to her mother that she’s not crazy. Bobbie knows, but suggests this is not a battle she should be picking right now. Nelle puts on a show of trying to make amends with Carly, who isn’t buying what Nelle is selling. They continue arguing, causing Nelle to run from the room in tears. She hides behind the door and smiles as Monica scolds Carly. Joss is next to take her mother to task for her treatment of Nelle, who continues to eavesdrop. Joss walks away in tears, as Bobbie orders her daughter to suck it up and apologize to Nelle for Joss. Carly reluctantly agrees and heads up to the nursery to talk to Nelle, whose back is to her. Carly wants to call a truce, but Nelle wonders how she proposes they do that. She stands up revealing the blanket she crocheted. Carly notes Morgan had a blanket just like that. Nelle acts coy, leading Carly to realize Nelle is the one who has been gaslighting her. More words and insults are exchanged before Nelle walks out of the room. Carly follows and confronts Nelle at the top of the stairway. They struggle over the blanket, sending Nelle tumbling down the stairs. She lies lifeless on the floor.

Monica wants to call the police. 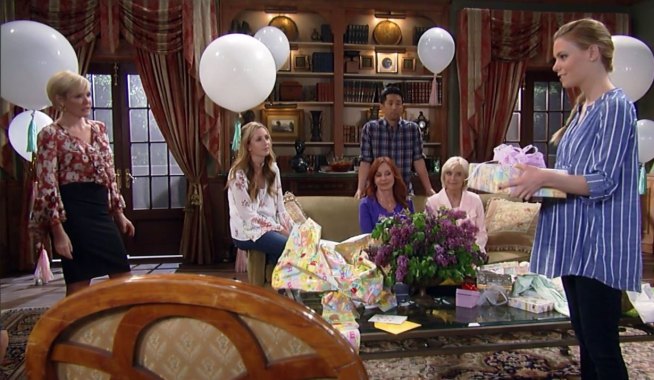 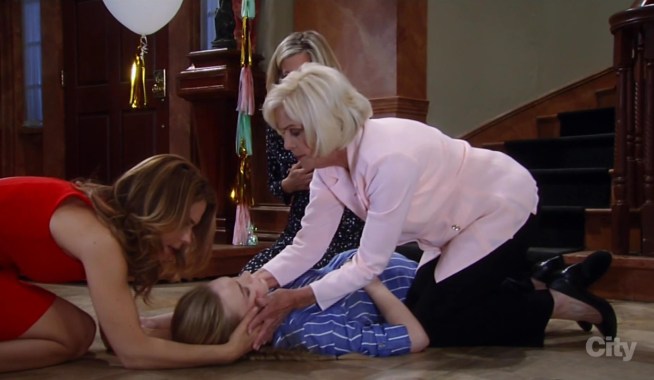