Wednesday May 2, 2018: Finn gives his brother a strong warning, Kiki is confused by Dr. Bensch’s news, and Ava tries to rationalize her actions. 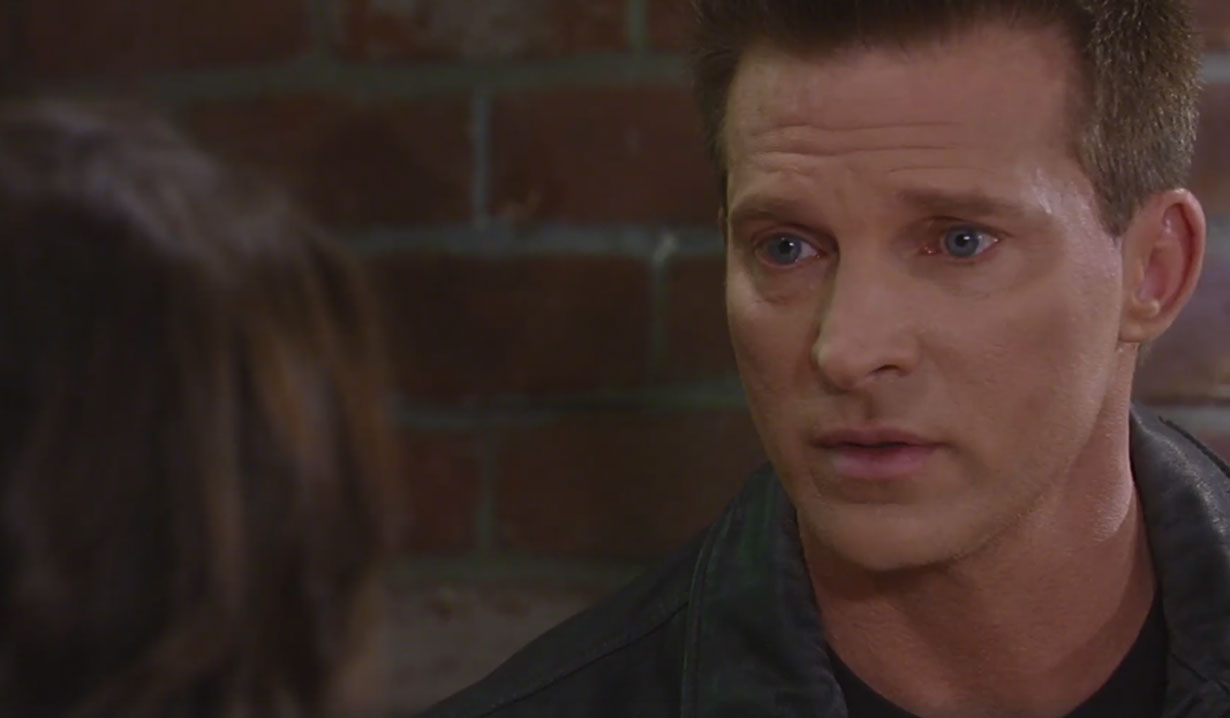 At the Metro Court, Alexis tries to diffuse the friction between Finn and Chase. Finn rants at Alexis for setting the brothers up to meet. She apologizes, urges them to talk then leaves. They get a table and Chase wonders if the reason Finn can’t look at him is because he can’t stand the fact that their father left Finn’s mother and remarried. Finn walked away from their father for good reason and if he lets Chase in, he has to let their father in and that’s not going to happen. Chase wishes him a good life. Sadly Finn whispers, “Yeah, you too.” Across the room, Carly thinks Sonny blames her for Mike taking Avery. Sonny denies it and claims it was his place to keep an eye on everyone. “Meaning me?” Carly asks and reasons that she left Avery with the nanny because she received the haunting message about Morgan. Sonny wonders if Carly expected to find Morgan alive when she went to the grave. Carly recalls Jason’s return and that Morgan’s body was never found. Sobbing, she claims Morgan could be alive too. Carly admits she went to see Kevin, which makes Sonny happy. Lucy interrupts and thanks Sonny for his Nurses’ Ball donation. Though Carly tries to ward Lucy off a discussion on seating charts, Sonny gives them space. Lucy rambles on about last year’s ball and how she didn’t mean to hurt Carly by getting involved with the reveal surrounding Ava and Morgan’s pills. Carly lets bygones be bygones. She can’t contain her upset and cries, “I think I’m losing my mind.” Lucy thinks Carly is keeping Morgan alive through love.

At Kelly’s, Jason gets off a call with Spinelli after discussing Henrik. Sam asks for a minute and inquires about Spinelli’s findings on Henrik. Jason fills her in on his plan to locate Henrik’s mother then talk turns to her working with Drew. Though she’s staying on at Aurora, she offers her PI services. Jason promises to call next time they infiltrate a bank. Sam shares that she and Drew are divorcing. It’s what they both feel is right. Jason’s glad things are amicable. Alexis arrives, and after Jason leaves, she agrees to represent Sam in the divorce. While going over technicalities, Alexis brings up Scout and the importance of getting their terms in writing. Sam refuses to detail visitation for Drew and won’t quit working at Aurora. She changes the subject and learns Alexis might have blown it with Finn.

Robert shows up at Anna’s and informs that she’s in trouble. Jason’s looking for Henrik’s mother. Robert brings up Andre but Anna’s sure he wouldn’t betray her confidence. Anna concedes… she knows Jason’s resourceful and will probably link her to Henrik. She needs to stay one step ahead of Jason.

Back at the Metro Court, Sonny runs into Jason in the lobby. Since he’s been out of town, Sonny catches Jason up on Mike taking Avery and Ava conning him into joint-custody. Sonny also reveals Carly’s haunting claims but believes it’s all in her head. Jason defends Carly. Tears fill their eyes as Sonny talks of Carly’s grief. Jason gets a call from Anna and agrees to meet while Sonny rejoins Carly.

At Ava’s gallery, Griffin confronts her for lying about the deal with Sonny. Ava counters that she did it get Avery back and dropped the charges against Mike, but Griffin seethes, “It was the decent thing to do.” Ava doesn’t recall Carly and Sonny ever doing anything decent for her and regrets nothing. Griffin asks if Ava would have sent an innocent, sick man to prison had Sonny not agreed to her terms. She takes offense and rages about him turning against her in court. Griffin can’t believe she’s mad at him for doing his job. Ava regrets not being honest with him but wouldn’t do things differently. Despite her methods, Griffin’s glad Ava has Avery back. He kisses her then leaves. Ava goes to freshen up her lipsticks, sees her burned face in the mirror and cries, “No…” She looks again. The scars are gone.

At GH, Dr. Bensch and Kiki walk the hall as he quizzes her. He thinks she has a knack for this field and informs, “I’m going to request that you do another tour with me.” Kiki admits she almost quit the program and brings up his previous berating of her abilities. What’s changed? Bensch thinks she’s special and was only being tough on her. Later, Griffin questions Kiki about Bensch and becomes suspicious when she acts as though things are fine between her and her mentor. After she walks off, Griffin and Bensch make eye contact.

Curtis is urged to continue his search.

Servant Season 3: M. Night Shyamalan Details Leanne's Paranoia, Why Next Season Is the Right Time for It to End