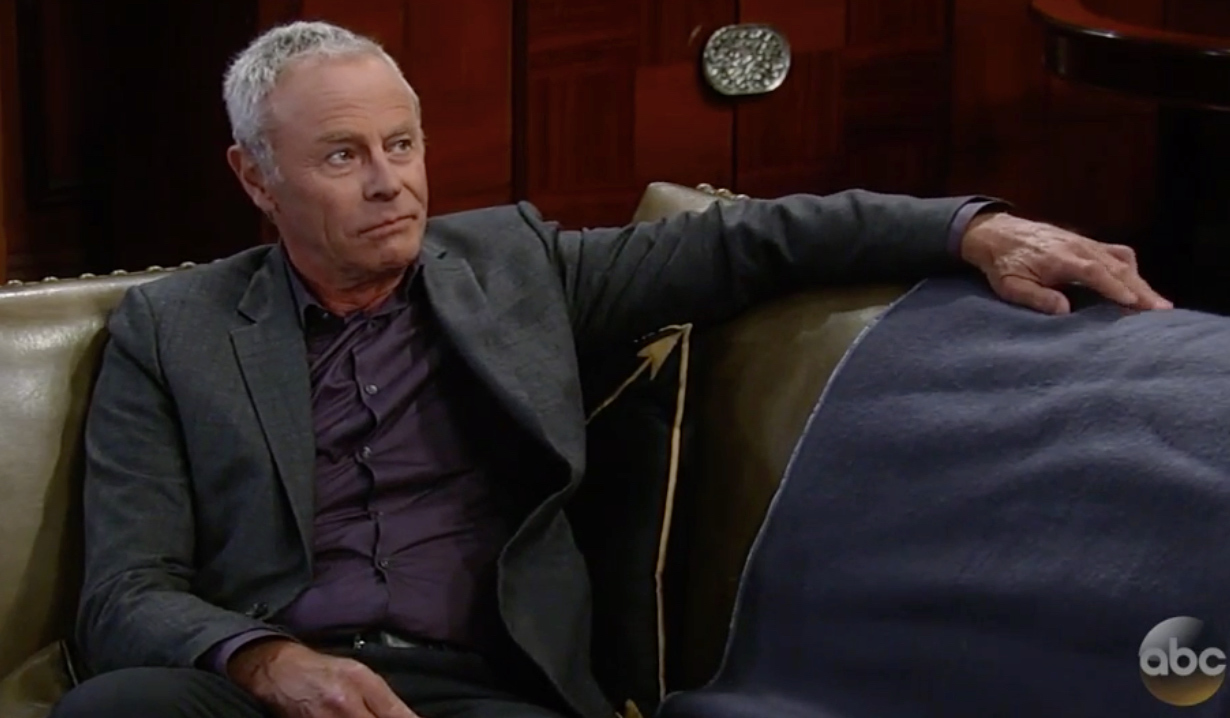 Drew runs into Liz at GH. He’s looking for Franco. She tells him he’s working and relays how worried she is about him avoiding his feelings. Despite himself, Drew thinks with Liz by his side, Franco will see his way through his ordeal. Lucy finds them and excitedly talks up the Nurses Ball. Drew tells her to give his office a call about sponsorship and makes his exit. Lucy asks Liz if she will perform this year. Liz can’t emotionally handle it because her focus needs to be elsewhere. Lucy assumes it’s about Franco. She knows what it’s like to hang on to love by your fingertips. Lucy advises Liz to hold on tight because love is worth it.

Kevin watches from the doorway as Franco works with a little girl in his art room. After the girl has left, Kevin tells him about a support group he found for him. Franco isn’t interested, but Kevin insists he has nothing to be ashamed of and no one in the group will think less of him. Franco counters they might if they find out he could have stopped Jim from hurting someone else. Franco admits he’s been doing research on Jim’s victims and has found a few of them, but he doesn’t know what to say. Kevin reminds him he saved Drew and warns he won’t ever heal until he accepts and believes he is not responsible. Drew interrupts prompting Kevin to leave. Drew tells Franco it took guts to face Harvey. He hopes the life he wants with Elizabeth works out for him. He leaves and Liz is next to stop by. Franco tells her Kevin made him think. If he were a name on the list, he would want to know the whole thing was over. As Liz watches, Franco calls a man on the list about Jim. Sam catches Curtis in Peter’s office. He stammers trying to cover, but Sam knows a break in when she sees one. Sam demands to know what’s going on. Curtis admits he is investigating Peter but won’t tell her who hired him. He informs her there are no traces of Peter before moving to Port Charles. He’s either a fake or a ghost. Sam thinks Drew needs to know about this. Curtis doesn’t want to ruin one more thing for Drew until he has evidence, but Sam won’t keep it from him. She was going to step down from Aurora but she won’t leave the company or Drew vulnerable. She promises not to tell Drew about Peter and will stay on at Aurora until Curtis completes his investigation. She wants Curtis to consider her a partner. He agrees, but insists he’s the lead on the case. Sam leaves and runs into Drew.

At Wyndemere, Valentin recognizes Robert Scorpio, as he makes himself at home on the couch. Robert shows him the photo of the box with the Cassadine crest on it. Valentin dismisses it until Robert brings up his and Faison’s obsession with Anna. This causes Valentin to stutter. They trade more barbs before Robert leaves. Alone in the foyer, Robert says, “Gotcha.” Inside Kelly’s, Anna tells Finn she cares very much how he sees her. She doesn’t want that to change. Anna admits to inventing things to push him away so he wouldn’t look at her with disdain. As Finn takes her hand in comfort, Lucy breaks up the moment. She thinks they should dance together at the Ball. Robert watches from the corner. Anna sees him and excuses herself. Finn turns Lucy down and walks past Anna and Robert outside. Robert tells Anna his belief that Valentin delivered her son to Faison personally.

Outside Kelly’s, Nelle advises Ava to be cautious when it comes to Sonny. She points out Griffin might not be okay with Ava using Mike’s illness against Sonny. Ava agrees he would never forgive her and worries she hasn’t heard from Griffin. However, she knows this is the only chance she has to get Avery back. Nelle again tries to reason with her against her all or nothing plan.

Sonny waits with Dante at the PCPD for Mike. Diane joins them to tell them he’s having massive mood swings, which could convince the judge he’s a flight risk. Especially since Sonny has the resources to get him out of the country. They move to the interrogation room to debate strategy. Diane suggests the only way they win is to prove Mike’s incompetence. Sonny is appalled by the suggestion. He won’t humiliate his father. After shooting down other suggestions, Diane says it’s the only way. As they walk out to the squad room, Ava and Nelle enter. Ava is glad to see Sonny brought his lawyer.

Sam has a lot to tell Drew. 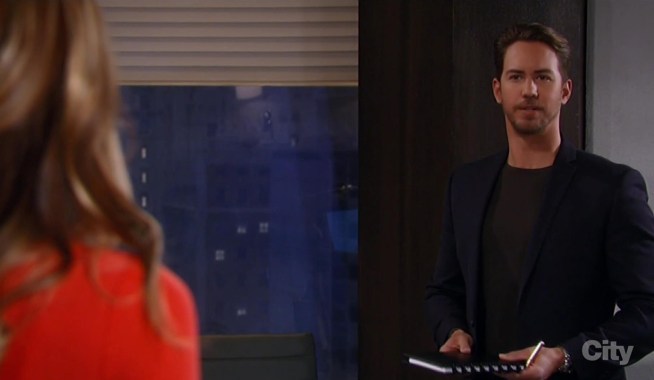 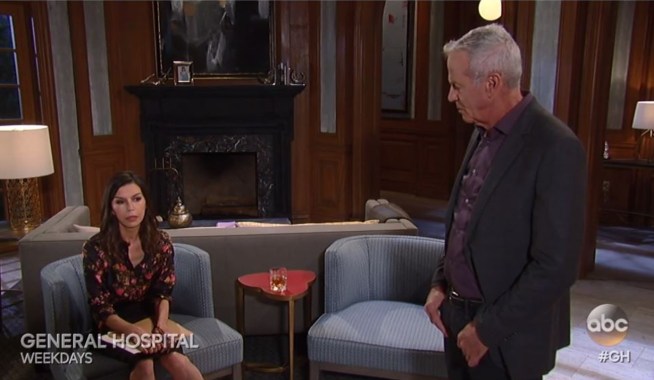