Friday April 20, 2018: Dante and Chase find Mike and Avery, Peter plays Lulu, Robert is on to Anna, and Spinelli finds a photo of Henrik. 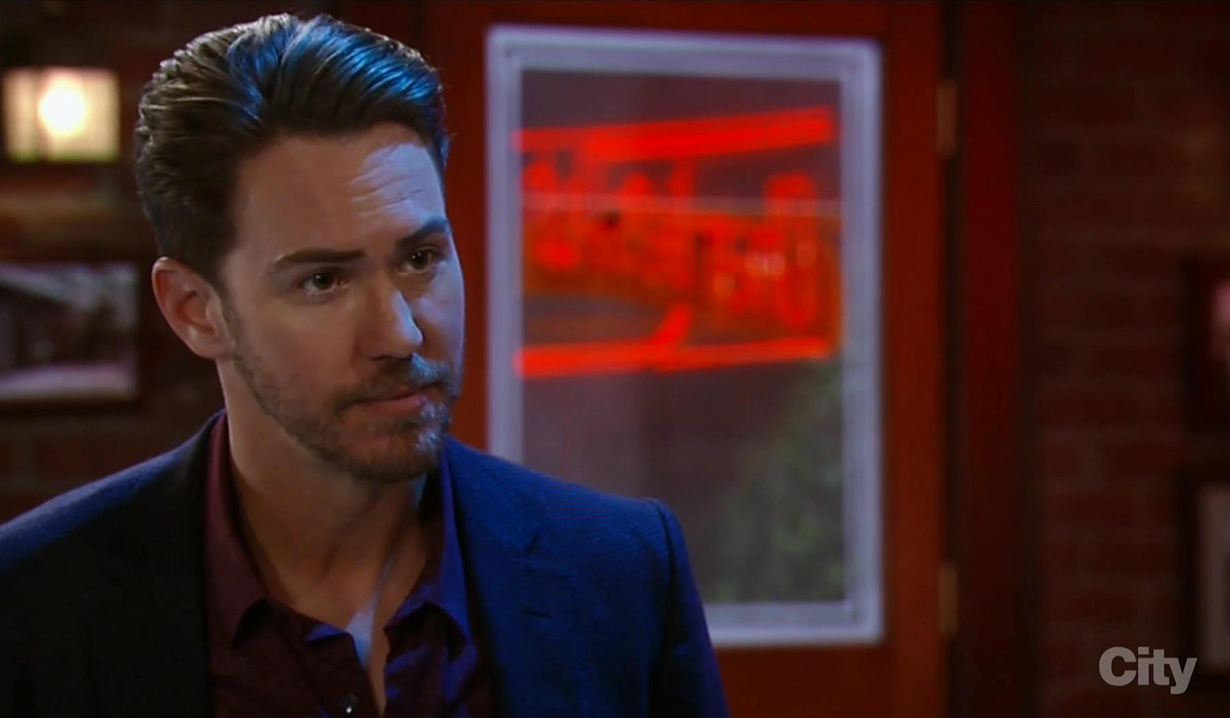 After Avery and Mike wake up in the stables, Dante and Chase find them. Dante sends Chase and Avery back to the station and talks with Mike, who says Courtney wanted to see the horses. Dante tries to tell him Courtney died, which sets Mike off. Once Mike has calmed down, the men talk about the Yankees and Mike’s old job cleaning up after the horses at the racetrack. He talks about how much he admired the horses and how he wanted to give Courtney lessons, but he can’t afford them. Mike says he should take her to the track someday. Dante tears up and agrees to take Mike home. At home, Carly becomes incensed when Sonny doesn’t believe that someone is messing with her. Sonny wants her to make an appointment with Kevin after they find Avery and Mike. She reminds him of everything she’s done for him during his bipolar episodes and can’t believe he doesn’t support her. He recalls her past breakdowns and doesn’t want it to happen again. The phone rings and Carly learns Mike and Avery are okay.

In the interrogation room, Griffin tries to comfort a resistant Ava with talk of hope. They hear Chase come in with Avery and Ava runs out to embrace her little girl. Sonny and Carly arrive and Ava tells Sonny they need to talk about his father. As they negotiate, Dante brings in Mike, who still thinks Avery is Courtney. Dante reminds him the girl is Avery and Mike asks to lie down. Sonny says they’ll all go home, but Ava refuses to let him take her daughter. Peter follows Lulu to Charlie’s. He hangs back when she enters the bar to send a message from his phone. He smirks and then feigns surprise when he finds Lulu inside. She gets an email, assuming it’s from Henrik. She thinks she can trace it. She also relays that Henrik wants to meet with her so he can share his side of the story. Lulu thinks she’ll have to bring the cops into the loop sooner rather than later, but hesitates because she hasn’t told Dante yet. As she’s about to leave, Peter tells Lulu to be careful because Henrik could be more dangerous than she gives him credit for.

In Switzerland, Robert wants to know what’s really going on with Anna’s interest in the Henrik case. They’re interrupted by a woman from Henrik’s former school. She assumes the Scorpios are journalists looking for dirt on some of her well known former students. She won’t answer their questions. To Robert’s dismay, Anna tells her she’s with the WSB and looking for Henrik. He drags her aside accusing her of being off her game. Anna insists she knows what she’s doing and tells the woman she’s not trying to hurt anyone, but she needs to find Henri Francois. The woman fondly remembers him and looks at the cast photo Anna has on her phone. She points him out but he’s in the back so they can’t quite make out his face. The woman says Henri was shy, but he relished taking on identities other than his own. The woman talks about his terrible father and how she assumed if he had a loving mother in his life he’d have been happier. He was a special boy. Before she leaves, Robert asks for a class photo of Henri. The woman says she never held on to old photos. Anna asks if there was anything physical that set him apart from the other classmates. She replies that he had the most emotive brown eyes, which is what made him effective on the stage. Robert takes note of how affected Anna is by the news, and once alone, demands to know what the child means to Anna. Jason poses as Sam’s bodyguard at a Swiss bank, while she pretends to be a high-powered prospective client. Spinelli arrives as they discuss her financials with a banker (played by Hugh Holub). He introduces himself as the Jackal and says the banker is at his mercy. They reveal they are all working together to rob the bank, which will go undetected due to Spin’s cyber skills. Spinelli gets on the computer and threatens to make it look like the banker has been embezzling money from clients unless he cooperates. As Sam and Spin enjoy toying with the banker, Jason reminds the Jackal they still need to find Henrik Faison. Spinelli digs around a little and finds a picture of him. Everyone gathers to look at the computer.

Valentin tells Peter Nina is on to him.

Spinelli warns if something is touched, they’re dead. 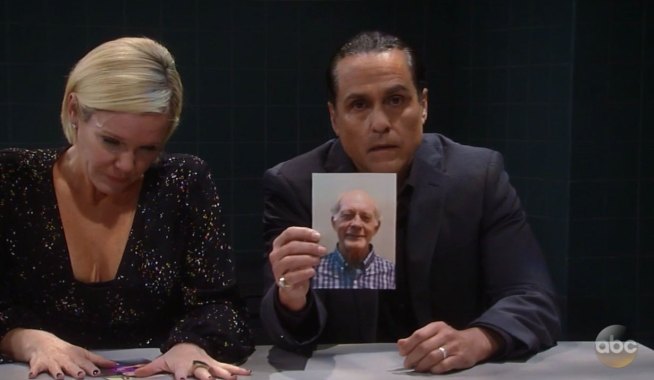 Mike and Avery's Whereabouts Is Discovered by Dante 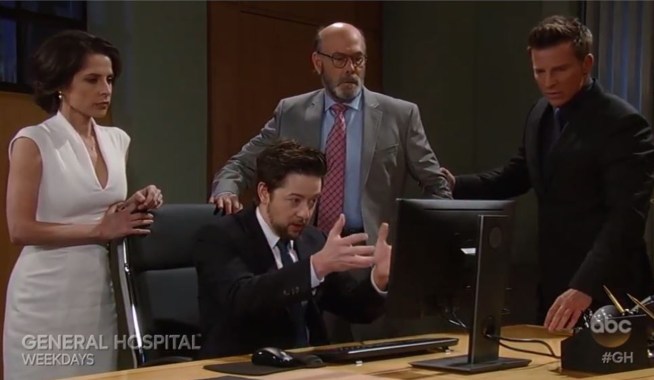