Mike and Avery’s Whereabouts Is Discovered by Dante

Thursday April 19, 2018: Ava and Sonny go on air to try and find Avery and Mike, Franco visits Betsy, Carly gets good news, and Kim offers an invite to Drew. 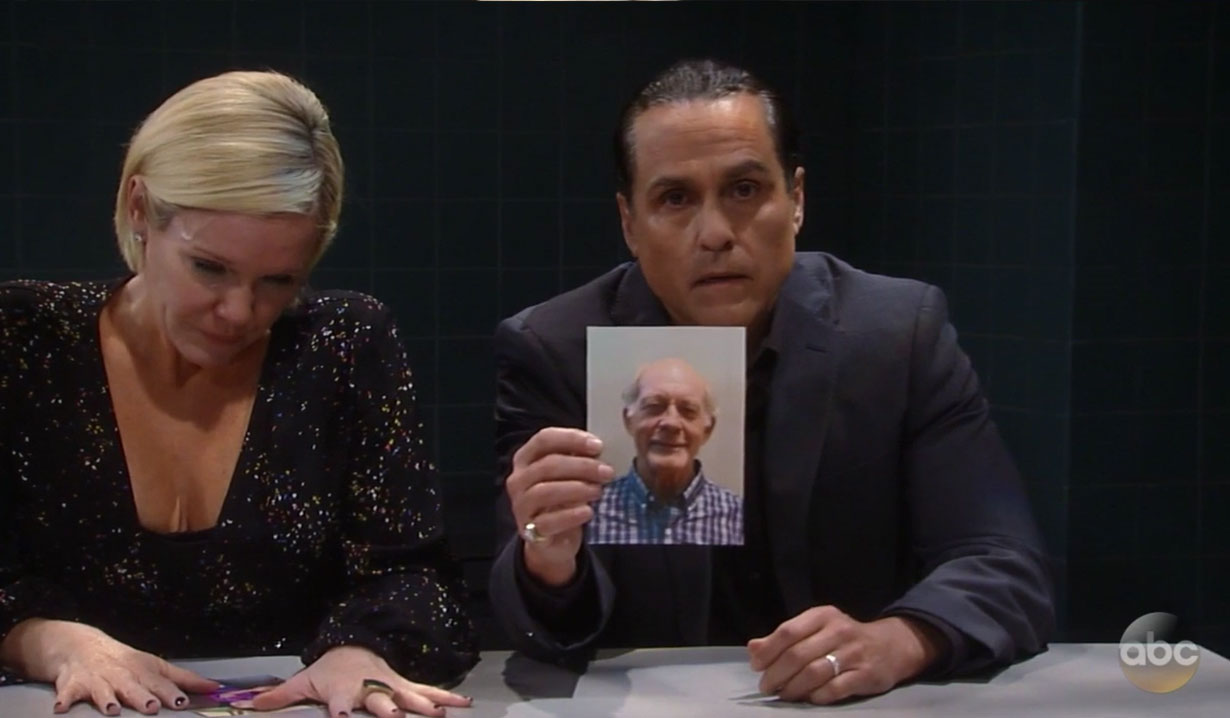 At the PCPD, Ava and Sonny go on air asking for help finding Avery and Mike. Drew, Chase, Dante and Carly watch as they make their pleas. After, Ava thanks Drew for letting them use Aurora’s film crew for this. He informs them that they are broadcasting and live streaming it everywhere they can. Dante and Chase begin screening the calls coming into the hotline. At Charlie’s pub, Julian watches his sister and Sonny on TV as Kim comforts him. She notices he’s injured his hand, which he admits happened from punching the bar out of frustration. She patches him up and they kiss. Kim has to get to work and suggests he go be with Ava. At GH, Liz, Franco and the nurses watch the report on Avery, while Griffin views it on his computer in his office. A nurse brings him the follow-up results he requested. Elsewhere, Oscar carries Joss in, who injured herself playing volleyball. Back at the station, Carly receives a call from Griffin, who asks her to come down to GH because he has her test results. She updates Sonny, but insists he go home and wait for any news. Drew offers Carly a ride to GH. Dante, Sonny and Chase also leave for the Corinthos estate. Ava remains behind and Julian arrives to support her. Back at GH, Franco heads back to his art therapy studio, but stops to look in on his mom. He imagines confronting her over her lies and blaming her for everything that happened. In reality, Betsy remains unconscious. Franco sits by her side. At the nurses’ station, Drew runs into Liz and they catch up. He asks her to give his best to Jake and Franco. Liz gets back to work and Drew bumps into Kim. She tells him that Oscar is very proud of him for saving Franco’s life and that he’s a hero. Drew suggests they grab burger and fries as a family, so she invites him over for her famous chili that he used to love. He accepts her invites, and they make a deal to spend more family time together. Elsewhere, Joss and Oscar continue to wait to see a doctor, and they discuss their families. Oscar reveals that his mom finally admitted to having feelings for his dad still. Carly meets with Griffin in his office where he reveals that there is nothing physically wrong with her. He suggests she see Dr. Collins, but she furiously states what happened to her was real and they have nothing left to discuss. Later, Liz finds Franco sitting on the floor of Kevin’s empty office. He reveals he went to see Betsy and planned to let her have it, but he couldn’t do it seeing how helpless she was. She believes this proves he is someone kind enough to forgive but also strong enough to heal. Franco has decided to try and find Harvey’s other victims, which Liz thinks will help him as well as them heal. Dante, Chase and Sonny return to the Corinthos home. Chase asks Sonny to have his wife call him when she can, so he can follow up on the incidents in the cemetery and parking garage. Sonny wonders what in the hell he’s talking about. Chase fills him in as Carly arrives home. Chase and Dante leave, and Sonny confronts Carly about failing to meet Avery and Mike to chase ghosts. Carly defends her actions and they argue. Sonny finds it hard to believe, and asks what Griffin had to say. She informs him that the tests were clean but accuses him of still believing she’s losing her mind.

Back at the station, Ava worries to Julian that Avery and Mike were kidnapped due to Sonny’s mob activities. Julian points out someone could have taken Avery because of their pasts too. Griffin arrives, and she expresses her fears that Avery could have been taken by someone with a vendetta against her. She cries this is her past catching up with her. Griffin assures her this isn’t her fault, and Julian admits he is to blame for putting that idea in her head. Julian thinks he should leave, but Griffin feels he should stay because Ava needs him. Griffin suggests they pray for Avery, so he takes Julian and Ava’s hands and leads them in prayer. Meanwhile, Chase and Dante return to their desks. Dante reads the nanny’s statement again and realizes where Mike took Avery.

Ava wonders why Jordan isn’t still working on the case.

Dante tells Chase they shouldn’t get anyone’s hopes up until Mike and Avery are safe.

In Switzerland, Robert asks Anna what she’s not telling him about the case.

Spinelli, Jason and Sam attempt to break into the bank and get Henrik’s records.

Lulu informs Peter she heard back from the man claiming to be Henrik.

Carly asks Sonny if he really thinks she’s making this up. 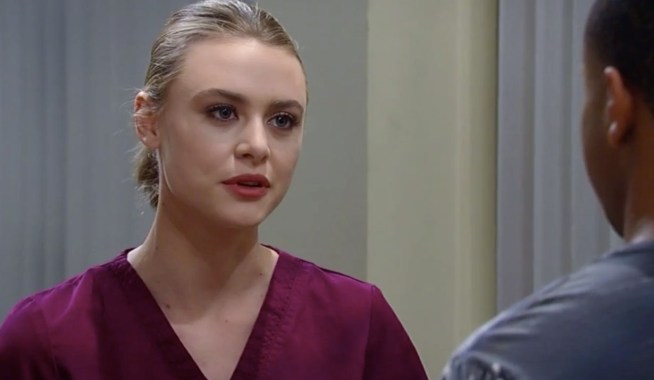 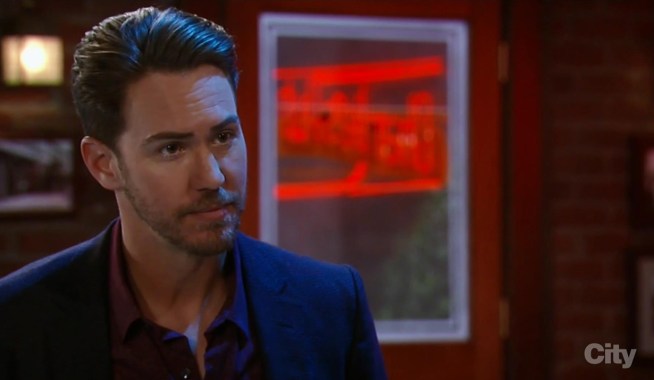