Monday April 16, 2018: Ava learns that Avery is missing, Carly freaks out in the graveyard, and Kiki can’t avoid Dr. Bensch. 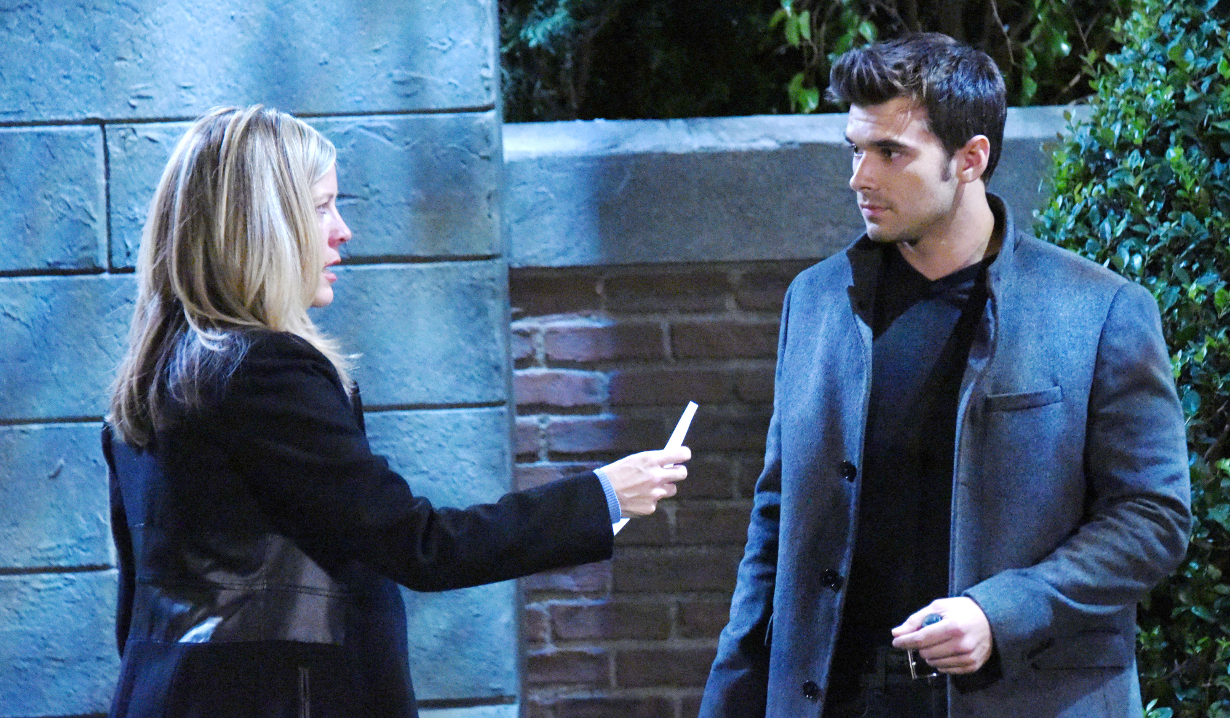 Carly visits Morgan’s grave while Nelle lurks around the corner. Carly tells the gravestone that someone wants her there. She sniffs and recognizes Morgan’s cologne. Nelle flashes back to spraying a bottle of it on the stone. Carly sniffles and calls out for her son. Chase shows up and tells her that the place is dangerous since the quake. She shows him the note she received but there’s nothing written on it. He wonders if she’s been drinking. She freaks out.

Sonny returns to the Corinthos compound. His guard hasn’t seen Mike or Carly. The nanny, Pilar, runs in to say that Avery and Mike have disappeared. Sonny makes calls to get his people looking for them. Finn walks into Charlie’s. His brother spots him and they argue about all the parking tickets Chase wrote. The cop interprets this as ‘a good talk’ and leaves when his beeper goes off. Ava sits at a table, looking at a genetic test on her phone and wondering what Griffin is hiding from her. When Michael walks in, Ava interrogates him about where Carly and Avery are. Nelle arrives and chats with Michael about their Lamaze session. He asks her to attend an ELQ party with him. Sonny calls Michael and orders him over to the house. While Ava gets some food, Nelle flips through the photos on her boss’ phone and sees the genetic test. When Ava returns, Nelle asks her about the test and starts questioning her about Griffin. Ava refuses to explain herself. At the hospital, Griffin congratulates Kiki on getting into the shadow program. Dr, Bensch watches in the distance as Griffin hugs her. He walks off and does a consult with Finn. The topic turns to Anna. Griffin is worried about her, but Finn says she prefers to take care of herself. Meanwhile, Epiphany hands Kiki her schedule. The first doctor she is shadowing is Bensch. Kiki requests a change. Epiphany gives her the evil eye so Kiki heads down the hall to the doctor’s office and asks Bensch if he arranged for her to be his shadow. He insists he didn’t and claims he can put aside his feelings and act professionally, but can she? She says she can. Ominous music plays. Michael arrives at the Corinthos compound and Pilar tells him what happened. Sonny refuses to call Dante or let the cops get involved. Carly arrives with Chase and Michael tells the cop about Avery going missing. Chase calls dispatch. In Bern, Switzerland, Anna and Robert argue in a hotel room. She explains that she brought Jason along so she could watch his back. They argue about her responsibility in ‘creating’ Henrik and wonder what Faison’s son could want with Jason. Robert suspects that he wants to use him for his own ends, but Anna wants to offer Henrik redemption. Scorpio worries about her choices, especially since she brought their grand-daughter along. When he brings up Finn, Anna tries to change the subject and insists they never got close. This irritates her. When Robert announces he’s sharing her suite, she gets even more irritated. Finn calls and Anna nearly bites his head off. He just wanted to check on her. As they awkwardly chat, Robert calls out to her. Finn hears him and gets off the line. Meanwhile, Jason bumps into Sam as she’s walking down the hall. He explains he’s there with Anna and offers to leave her alone to think. She doesn’t want to pretend he’s not there and invites him to her room. He checks on the kids and then has a beer with Sam. They talk about Henrik’s book and the clues it gave. He suspects that Henrik must have Faison’s lighter. Jason goes on to explain the epigraph and how it points to Henrik’s mother. He also had Spinelli hack into the publisher’s accounts so they could track down where Henrik’s bank is. They are both confused about how Anna has planned the search but he assumes she’s worried he’ll kill Henrik. He gets a call from Zurich. Spinelli has just been arrested.

Back at Charlie’s, Griffin arrives to see Ava. Nelle informs him that she’s learned that Avery has gone missing.

Ava storms into the Corinthos compound and demands to know what Sonny has done to her daughter.

Dante does his best to help.

Lulu has another story idea.

Spinelli is in trouble. 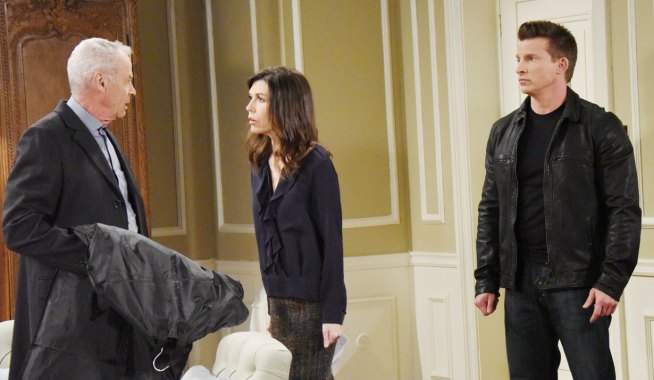 Robert Teams up With Anna on the Hunt for Henrik

Avery Remains Missing and Her Case Becomes a Kidnapping 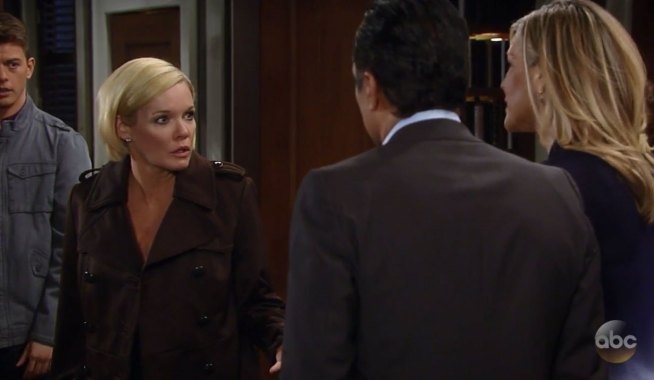