Monday April 9, 2018: Michael is dismayed that Nelle is making friends with Brad, Carly tells Sonny what’s been going on, and Drew goes after Franco. 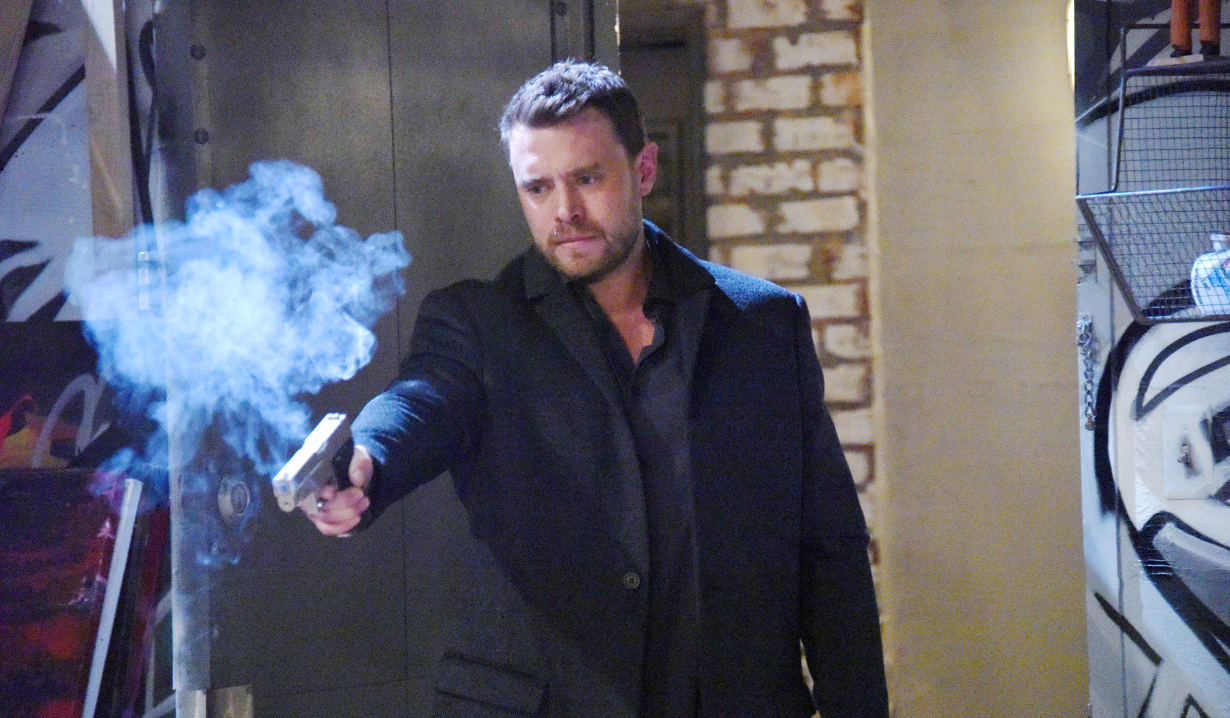 At Kelly’s, Joss pushes Michael to stop being stubborn and get back with Nelle. He insists that’s not going to happen. Nelle shows up, hand on her baby bump. Joss plops her down with Michael and rushes off. Nelle tells him all about the baby monitor she bought and then walks across the room to meet Brad. Michael stares at them in dread as Joss returns. Nelle and Brad talk about baby swings. He’s terrified the adoption might not go through, but she tells him to relax. They discuss how much Lucas works and Brad leaves to take a call. Michael joins her and warns her not to become Brad’s friend. She insists that Brad is cool and he’s good enough for her if he’s good enough for Lucas. Brad overhears this and smiles. He takes his seat and Michael takes off. Brad admits to Nelle that he’s made some bad choices in the past. So has she but doesn’t care what other people think. In Morgan’s room, Carly finds a photo of him smashed on the floor. She hears someone walking and calls out her dead son’s name. When no one responds, she grabs a baseball bat and waits. The door opens and she swings, almost taking Sonny’s head off when he comes through the door. She tells him about the photo and the ‘messages’ she’s been getting about Morgan. When she details each incident, he asks to see the bloody scarf, but it’s gone. Sonny isn’t thrilled to discover she’s told Dante and Jason about this but not him. She says he was dealing with Mike and she doesn’t understand what’s going on. He assures her they can get through this together and they hug.

More: Surprises and suspicions in the soap spoilers Jordan arrives at the hospital and learns that Harvey kidnapped Franco. The cop is perplexed. Drew explains Harvey must have been desperate to get to Betsy. Scott arrives and is filled in on what’s happening. He explains that he saw the car drive off. Once they are alone, he assures Liz that Franco seems to be in control and was driving the car. He heads off to get Mac to help him find Franco. When Drew returns, Liz tells him what Scott said. They wonder where Franco took Harvey and she mentions the painting that Franco has been obsessing over. He asks her where the painting is. Franco arrives in a parking garage and gets a bloodied Jim Harvey out of his trunk. He takes Harvey up to his studio. Franco tells him that this is the only place he feels safe. Jim begs Franco not to hurt him and reminds him of all the good times they used to have. Franco doesn’t appreciate his dark sense of humor and wants to talk about what really happened. He wants the truth and then he’ll kill him. Jim says Franco pushed Andy because he hurts people. Franco doesn’t believe it. He remembers being left alone with Jim, who would come and see him in bed when Betsy was away. Jim denies it but Franco gets more distraught as he explains that he pushed Andy to get him out of the house, so he wouldn’t be molested too. Harvey insists that all he ever did is love him. Getting more distraught, Franco throws a pad and pen and Harvey and demands a full confession. Harvey scribbles one, listing all the kids he molested. Franco promises to kill him quickly and points the gun at him. Jim claims the other victims deserve to see him go on trial and go to prison. Killing him will just make him a victim and Franco a killer. Franco thinks of Liz and lowers the gun. Jim laughs and then starts to wrestle him for the gun. After Franco drops it, Harvey chokes him until he passes out. Straddling his body, Jim cries that he was a bad boy. Drew shoots him in the back.

Drew has a hard time going ahead.

Sonny needs to talk to a professional. 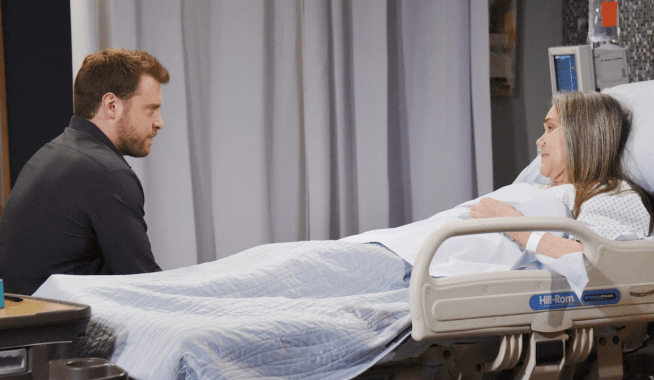 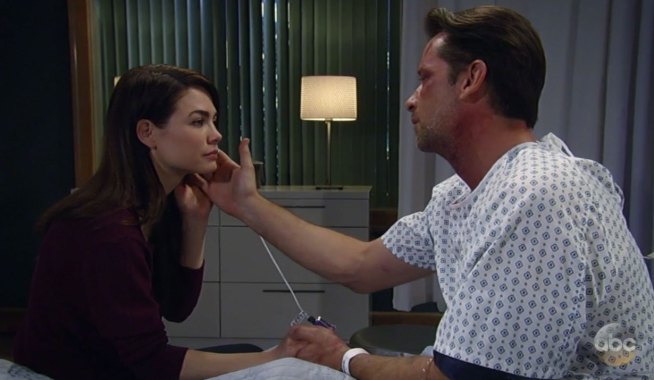