Wednesday April 4, 2018: Franco gets hypnotized, Mike remembers something important about the past, Jason and Anna strategize and Ava reads something she shouldn't. 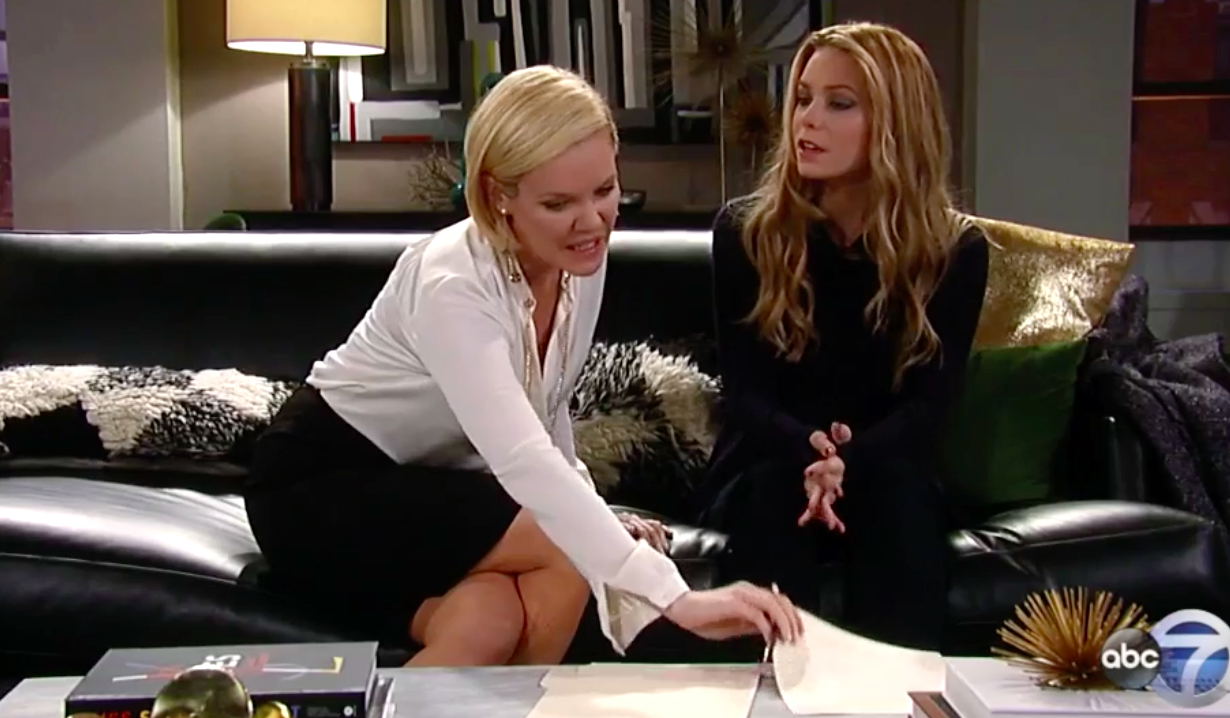 Kevin comes to see Franco in his art studio for a hypnotherapy session. Franco’s nervous, but wants to go forward with it for everyone involved, but mostly for Elizabeth. They head to Kevin’s office where Kevin puts Franco under. Kevin leads him to the night of Andy’s accident. Franco sees Andy at the top and then at the bottom of the stairs, but can’t remember what happened in between. He cries as says he’s sacred of Harvey.

In a hotel room, Harvey looks at an article on his phone about Franco. He later steps off the GH elevator. A very animated Mike tells a story from the past to Sonny and Michael at home. Mike then says he knows what they intended by recreating Luke’s. Michael thinks it’s working, as he is remembering details about his life. Mike knows it won’t last and is sad he won’t be able to share his stories with Avery or Michael’s child. Michael sets up his phone so Mike can record messages for them. Mike hesitates, until Michael gets him talking. Mike brings up his parents and then panics that he has to catch the bus to get home to them. He worries about getting into trouble, as Sonny tries to reason with him. When it doesn’t work, Sonny yells that his parents are dead. Mike is devastated and recoils. Michael steps in and calms Mike down as Sonny tears up. Alone, Michael tries to reassure Sonny that it wasn’t his fault Mike got so riled up. They return to Mike, who pointedly tells Sonny he remembered something that sounds like Fields and Rodan. Michael doesn’t understand. Sonny seems to though, but tells Michael he has no idea what his father is talking about.

More: GH’s Ice Princess diamond can be yours Peter amps himself up to confront Griffin in his office. He dramatically asks if the doctor will keep his secret, or is he going to sign his death warrant. Griffin tells him he will stay silent as long as he has no reason to fear he is dangerous. Peter thanks him, but Griffin states he’s doing it for Maxie, who doesn’t deserve to have her trust betrayed. Before Peter leaves, Griffin urges him to get ahead of the secret and come forward before someone else figures it out. Jason joins Anna at the Metro court bar. He shows her P.K. Sinclair’s novel. He needs to know what happened to Faison’s personal effects before letting her look at it though. She tells him she gave them to the WSB. Jason slides the book over to her as he says it’s identical to the manuscript Faison tried to burn. She reads a passage about a lighter, which she notes Faison always had on him, but wasn’t in his things. Jason says now they know who took it. They decide they need to talk to both Peter and Finn, who each struggled with Faison. Anna reads more and figures out Henrik is coming for his mother next, as Peter steps off the elevator. Nelle brings contracts to Ava at home. Ava walks out with a box of Julian’s toiletries she’s finally cleaning out. She finds Morgan’s cologne in the box and becomes wistful. They move on to rehashing Nelle’s plan for Carly. Nelle won’t back down because unless she acts fast, she fears she’ll lose Michael forever. Nelle grabs the box to deliver to Julian and opens the door to Griffin. Nelle leaves as Ava breezes over what she and Nelle were talking about. Griffin asks after the envelope containing the test results and Ava gets them out of the cabinet. She assures him she didn’t open it. He says he trusts her, but she notes not enough to tell her what it’s all about. Griffin would tell her, but it’s not his secret to share. She doesn’t like it but she understands. He says he will destroy the paper with the results first thing in the morning and puts them in his bag before going to take a shower. Alone, Ava looks at the test results. Carly gets distracted while talking to Bobbie at the Metro Court. Bobbie questions her and Carly responds that she was thinking about BJ. Bobbie notes it’s been 24 years since she died. They talk about coping with the loss of a child. Bobbie knows they aren’t really talking about BJ though and asks what’s bothering her. Carly tells her about the scarf and phone calls. Bobbie thinks it’s grief playing tricks on her, but Carly insists she’s not imagining anything. She knows someone put the scarf in her office and then took it away. Later, Nelle overhears as Carly makes plans to meet an inspector by herself.

Betsy screams out in her hospital bed. 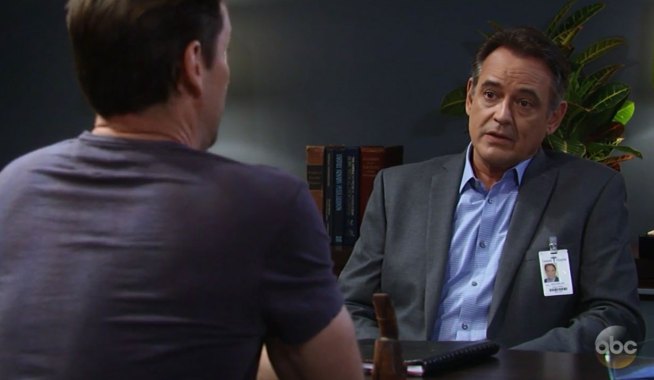 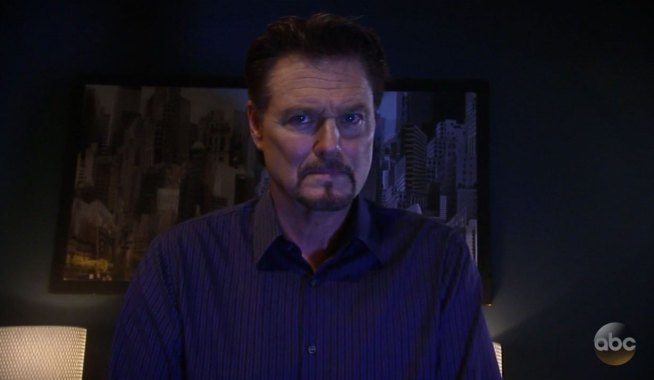