Monday March 19, 2018: Anna asks Jason to trust her, Liz and Sam look for clues in Jim’s office, and Ned makes a confession to Olivia. 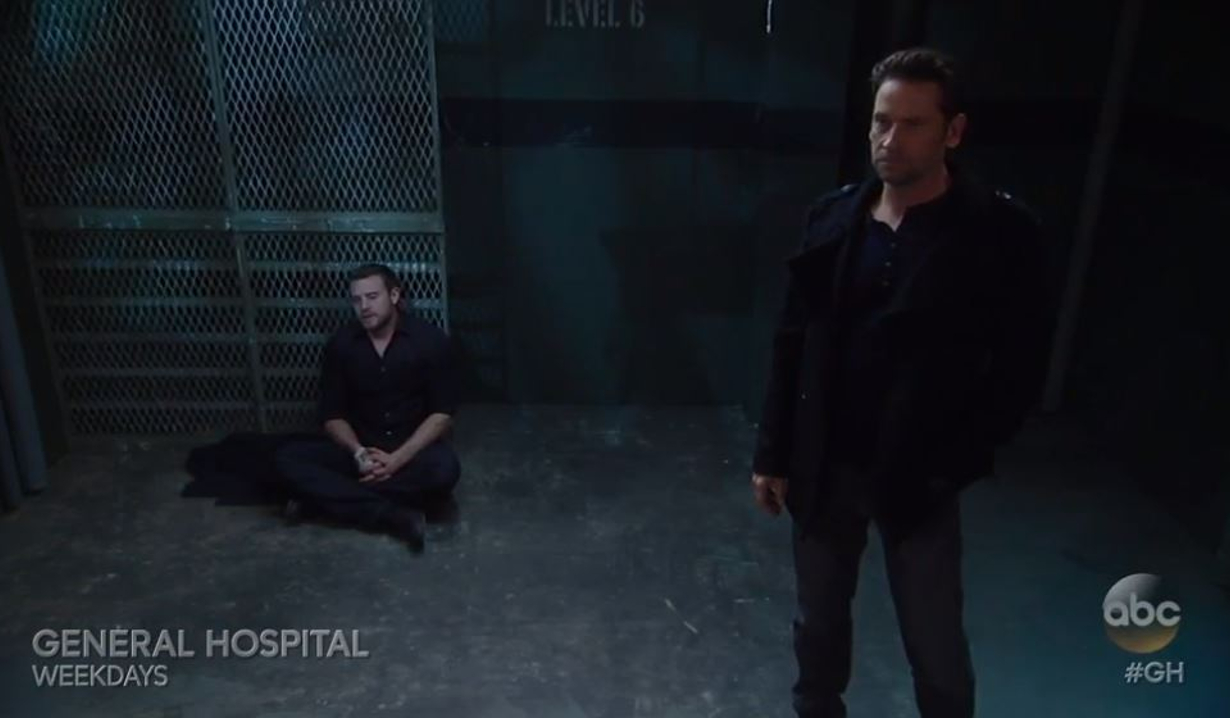 Jason joins Anna at the Metro Court with the manuscript that Faison tried to burn. She’s sure that Faison would loathe it if Henrik had upstaged him with his publisher. She thinks that reading through the manuscript will get her closer to the author and suspects there is a secret message in it. Seeing how concerned she is, Jason imagines that she’s hiding something from him. She explains that Henrik needs to know he might have a disorder. Stone Cold doesn’t see how that’s her job. Anna swears she isn’t withholding anything relevant to their investigation and says Robin assured her of how trustworthy he is. Jason says that all of this seems personal and he hopes she gets what she’s looking for.

Maxie drops by the Crimson office to thank Peter for being there for her when she got her test results. They discuss how sensitive and overprotective Nina has been. When Maxie says she’s heading home, he asks if that means her apartment or the hotel room. They discuss her grief. She’s not sure she’s ready to let go of everything she’d hoped for with Nathan. She tried going home but there was nothing but a pile of mail for him. As she sobs, Peter holds her. After composing herself, she talks about their plans and worries about what kind of mother she will be. Peter assures her that she’s extremely responsible and the baby is already lucky to have her. She thanks him for all of his little pep talks and he assures her that she’ll know when it’s the right time to return to her home. Maxie is sorry he never got a chance to know Nathan. After she leaves, he notices she left some mail for the dead man. He calls his publisher and tells them he’s ready to publish. “I finally know how the story ends,” he says, looking at the mail. Sam and Liz pay Ned and Olivia a visit at the Quartermaine estate. When they bring up Jim, he gets annoyed. Once he calms down, he tells them what motel Jim is staying in. They hurry out. Liv wonders why her husband is crawling out of his skin. Ned explains what Harvey was up to and the risks in digging for gas. Olivia says that he needs to be held accountable. “So do I,” Ned adds. His wife assures him that he’s not to blame. He’s more worried about what this scandal will do to the city. Ned is determined to do the right thing and resign. She lectures him for that and he agrees to stay in office until the investigation is finished to make sure that Harvey gets what is coming to him. Suddenly, Olivia has an idea for how they can save the city. In his hotel room, Jim tells his goon that they may have to kill Drew and Franco. The goon didn’t sign on for that. Soon after, Sam and Liz show up and tell Jim how worried they are about Drew and Franco. The women bicker about Franco and then Sam asks Jim if she can leave her number. When she walks over to the desk to write it down, she snoops as Liz keeps Harvey distracted. Once the women leave, Sam reveals that she found Drew’s wedding ring. Back in the room, Harvey calls his goon and orders him to, “Take care of ‘em.”

Drew and Franco are trapped in the basement, arguing about their failed plan. Drew asks him if there’s anything he wants to get off his chest. Franco is more concerned about getting out. Leaping up and pacing, Drew explains he lost his wedding ring. When he hands Franco the rabbit’s foot, Franco gets pensive, sits down and explains that Harvey told him no one would ever believe what happened. Franco can’t actually remember pushing Drew down the stairs. Sitting down with him, Drew reminds him that they were just kids. Whatever happened in the past doesn’t matter right now but it probably had a lot to do with Harvey. Drew is determined that they get out of there together. They can hear some machinery starting up outside. Griffin calls Brad into his office and asks him to run a DNA test. Brad needs a permission form. Griffin reminds him that he has a questionable reputation, but Brad is reluctant. The doctor explains that it affects some important people and they need to keep it hushed up. Sighing, Brad agrees and leaves to run the test. Soon after, Griffin chases Brad down by the exit. Brad has put a rush on the test, but he needs to wait a day or two for the results.

Griffin doles out some wisdom.

Sam and Liz Team Up To Find Drew and...

Bensch Gets Too Personal with Kiki,...