Franco Is Trapped and Curtis Is Injured After the Earthquake

Monday March 5, 2018: After the quake hits Port Charles, Joss and Oscar are stuck in the freezer, and Liz worries about where her fiancé went. 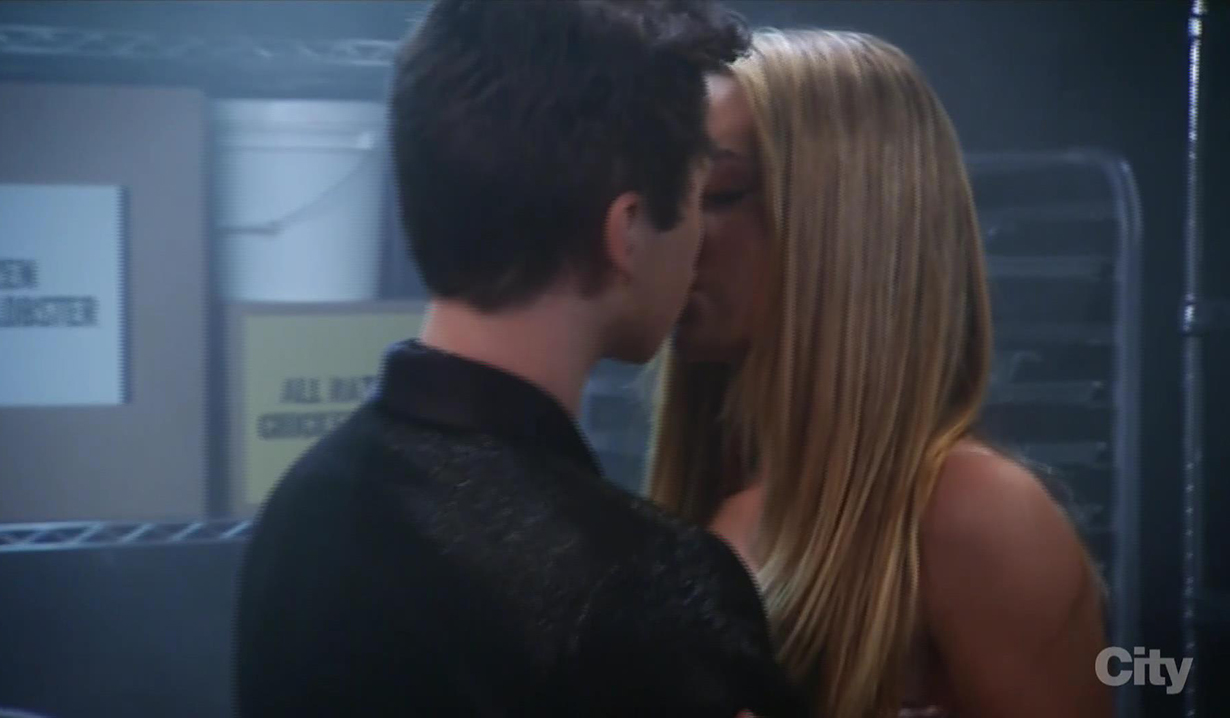 At The Floating Rib, Oscar and Joss head into the freezer to be alone. They make out by the frozen lobsters until the earthquake hits and they take cover under a table. Once the quake ends, they discover that the door is jammed and start yelping for help. He’s sure someone will find them eventually and gives her his jacket. They play a drinking game. When they are about to kiss, she starts to swoon. Meanwhile, Kim and Drew worry about where Oscar is. Checking on the injured party guests, she pops Dakota’s dislocated shoulder back in while Drew takes a look around. Kim joins him as they search in the back for Oscar. They call for the kids who bang on the freezer door. Drew looks for something to pry it open. Oscar sees Joss is shivering so he puts his shirt on her and they huddle under his jacket. “If I had to be locked in a freezer, I’m glad I’m with you,” she tells him. With some effort, Drew pries the door open. When Kim looks inside, she sees her son and Joss unconscious in the corner. Sonny arrives at the Corinthos compound while the quake is raging and finds Michael unconscious on the floor. He gets Michael up as Max comes in to check on them. Max guesses Michael has a concussion and explains the rest of the family is out of the house. Sonny sends Max to search the grounds for Mike. After a while, he comes back without finding him and they help Michael to the hospital. Griffin, Kevin, Ava and Liz are in the church when the quake hits. As the tremors cease, Ava calls for her daughter. Kiki notices her mom’s face is bleeding. Griffin assures her it’s a small cut. Liz turns on the radio to find out what’s going on and Kevin finds Scott on the floor. Liz notices he has a fragment of debris in his leg. As Scott sits up, he tells Liz that he can’t keep Franco’s secret any longer. He passes out before he can explain. Griffin puts a tourniquet on him after he pulls out the fragment. Kiki decides to head to the hospital to help people. Left alone, Liz walks around the chapel, picks up some flowers and flashes back through memories of her relationship with Franco. She tells herself that he’ll be there.

At the Quartermaine estate, everyone is okay. The house was built on bedrock, unlike the rest of the town. They discuss what to do and decide to stay off the road. Sam has different plans and asks Jason to take her into town on his bike so she can check on Drew. The others tell her that he can look after himself, but Sam is insistent. At the PCPD, Jordan gets a status update on the damage to the city. She’s told the development was hit the hardest. Curtis tries to sneak out, but Jordan reminds him that he’s in custody. They ask one of the cops to try and find Stella. Curtis asks Jordan to let him go and do some digging. He’s sure that Harvey is responsible for the quake. He tries to hobble out but falls over so she decides to take him to the hospital.

On the construction site, Jim spots Franco under a shelf. He tries to wake him without luck and leaves. Moments later, Franco wakes up and yells for help. Mike wanders in. Franco asks for help and Mike starts talking about his old apartment. They try to shift the shelving unit but it’s too heavy. Franco asks him to get some assistance. Mike wanders off and soon bumps into Jason in the street. He’s confused and forgets who Sam is. Disoriented, Mike tries to figure out what he’s doing.

Jordan takes Curtis to the hospital. While a doctor looks after him, Jordan asks around if anyone’s seen her son. She goes in to see Curtis once he’s bandaged up and put on a drip. She cuffs him to the bed.

Ava spends some time with her daughter. 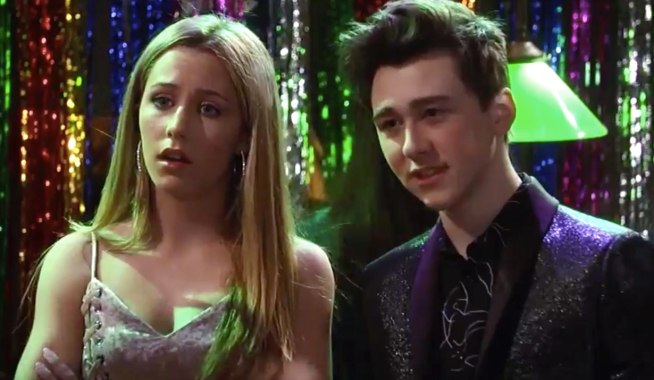 Jason Rescues Franco From Beneath the Rubble 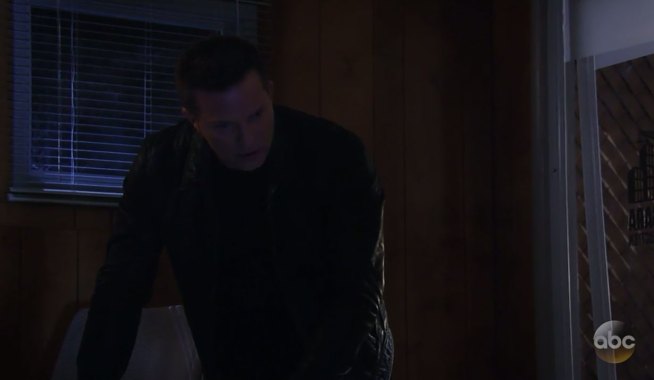