Rita Tells Carly She Isn’t up to Caring for Mike 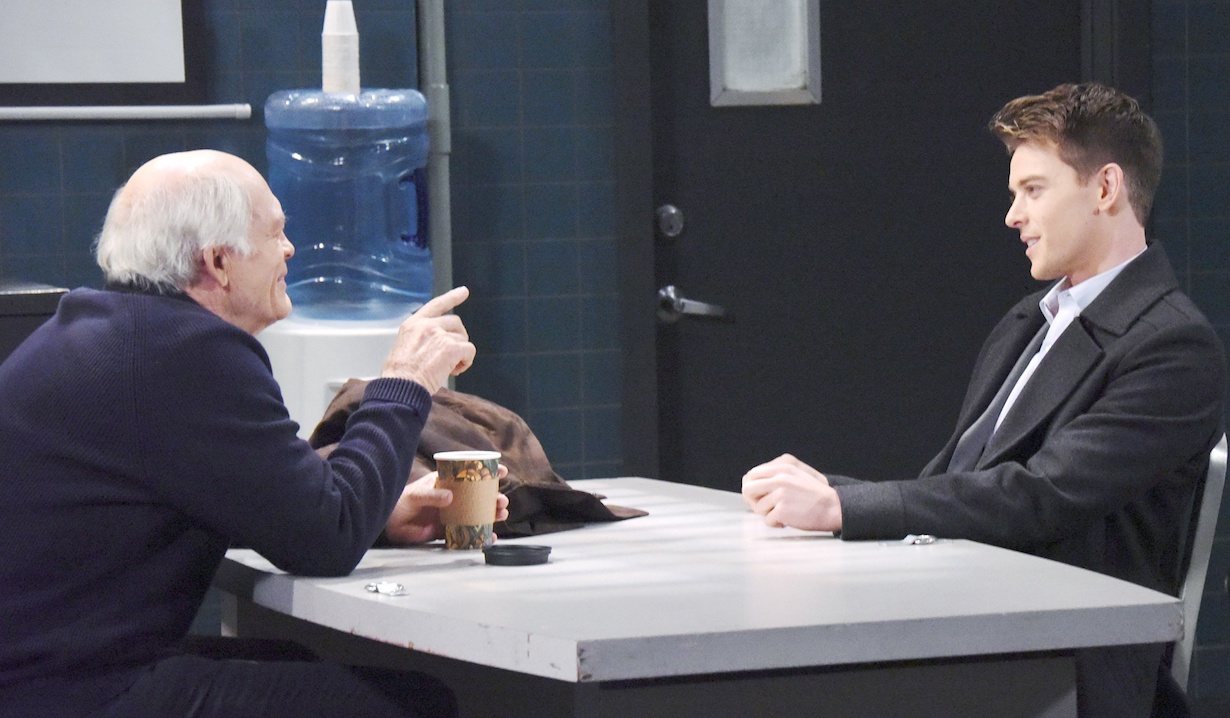 Alexis, Molly and Monica arrive at the Cain residence for Scout’s birthday party. After Monica gives Drew something of Lila’s for Scout, Oscar drops by. The family gathers to open presents for Scout and then Oscar says he has to leave for the dance. He talks alone with Drew about how nervous he is that Joss’ brother and mother will be chaperoning. Drew enlists Sam to replace them as chaperones. Later, a teddy bear is delivered for Scout from Julian. Molly is enraged, but Alexis doesn’t think it’s a big deal. Sam reminds her mother Julian isn’t listening to her wishes that he stay away from Scout. Alexis gives Sam her own present for Scout, which is a copy of To Kill a Mockingbird to inspire her to fight injustice and maybe become a lawyer herself.

Kim sits with Julian at Charlie’s before Oscar and Joss’ alternative dance starts. She reminds him how much it means to the kids and tells him he’s a good guy. Julian smirks, “Don’t be so sure.” Jim enters for a dozen cups of coffee, but learns Charlie’s is closed. He presses the issue and Kim offers one cup for him on the house. She leaves to grab it as Jim again presents Julian with the offer to buy his bar. Julian refuses. Kim gives Jim his coffee and leaves for work. One of Jim’s construction guys enters to ask Jim about the guy he saw yesterday in the trailer. Jim doesn’t know who he’s talking about. The men leave to check the security cameras. Later, Julian returns from the kitchen with gloves and a handkerchief over his face. He calls for a hazmat crew.

After getting a pep talk from Kiki at the hospital about the wedding, Franco frantically heads to Kevin. He begs the doc to tell him what he wants to hear, that he should keep the secret about pushing Drew down the stairs when they were kids. Franco recalls a dream he had where he ordered Drew to go down the stairs. When he wouldn’t, Franco made him. He worries about the day Drew remembers everything. Kevin suggests he and Drew search for the truth together. Franco reminds Kevin that Drew hates him. He knows he won’t figure it out before the wedding. He shakily says he’ll marry Elizabeth and then figure it out. He leaves and runs into Drew in the stairwell.

Sonny stops by the gallery to see Ava about Mike. Ava is sympathetic to the situation, but she needs to press charges for the insurance company to cover her costs. Sonny says he’ll pay for everything. They come to a financial agreement before Ava seizes the opportunity to get more time with Avery. Kiki shows up and Sonny takes his leave. Ava fills her daughter in, adding that Avery is staying with her tonight. Kiki can’t believe she used the situation to her advantage. Ava defends herself. She just wants to see her own child. She won’t feel bad about it or regret it.

Michael enters the PCPD to see Mike. Jordan says Mike became agitated so she moved him to the interrogation room. As Michael visits with his grandfather, Jordan meets with Curtis to try and decipher what Jim’s plans from the construction site mean. In the interrogation room, Mike recalls memories of Michael and Morgan as kids. Mike is fine knowing one day he won’t remember everything, but he hopes Michael will remember for him. Michael assures him he will. Mike gets antsy and asks when Morgan is going to get there. Sonny arrives to tell Mike he handled everything with Ava. After they leave, Julian shows up to accuse Jim of causing sewage to back up in his restaurant. Jordan can’t help him. Julian realizes he’s going to have to disappoint the kids regarding their dance and leaves. Jordan gets back to Curtis, who notes that Charlie’s is included on Jim’s map, even though Julian rejected his offer to sell. Jim arrives to report a break in at his site. He sees Curtis and says it was him.

Drew brings Oscar to visit Kim at GH. As mother and son talk, Julian shows up to tell them the dance can’t be held at his place.

Rita visits Carly at home. Carly tries to cover Mike’s absence, but is forced to tell Rita about his condition. Rita cries, but says she’s not Mike’s wife. She didn’t promise for better or worse. Besides she’s in recovery which means she must be honest about what she’s capable of and what she’s not. She knows Carly and Sonny will take better care of Mike than she ever could. She grabs her things and tearfully makes her exit. Sonny, Mike and Michael return home. Carly tells Sonny about Rita.

Anna has something to tell Finn.

Drew asks Kim if he ever talked about his childhood.

Franco tells someone it’s about time they showed up.

Felix is ready to get the party started.

Franco Confronts Jim About What...