Nelle Hopes for a Future With Michael, but Ava Bursts Her Bubble

Tuesday January 16, 2018: Liz talks with Jake about Jason, Carly and Kim have the sex talk with their kids, Sonny and Jason make plans, and Michael is suspicious of Ava's motives. 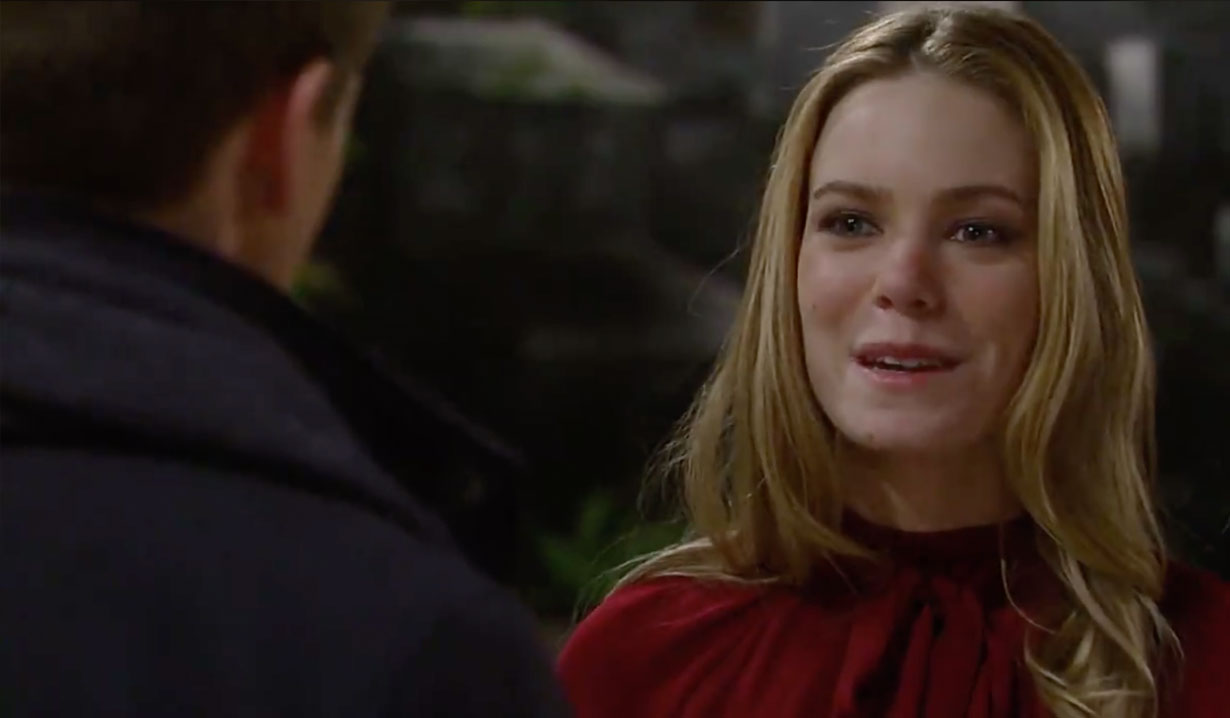 At the Corinthos house, Carly sits Joss down to discuss being pressured into big decisions. Joss realizes her mother is having the sex talk with her. Carly tells her that a box of condoms fell out of her backpack the other day. Joss explains she’s holding them for Trina, who didn’t want her mom to know she had them. Carly is relieved, but says both she and Trina are too young for sex. Carly admits she overheard her and Oscar discussing some big plans for the dance and thought the worst. Joss explains the school principle has banned students from wearing outfits that aren’t in line with their gender, which is unfairly targeting one of her friends, so she and Oscar are throwing an alternative party the night of the dance and encouraging kids to attend. This could get them suspended, but Carly supports her daughter’s decision.

More: The latest spoilers for all soaps

At Kelly’s, Kim meets with Oscar and tells him they have to talk about sex, and asks why Joss has condoms. He explains she is holding them for her friend, and that he and Joss haven’t discussed sex. Kim notices him rubbing his arm, and he tells her that it’s sore from learning to box with Drew. Kim becomes upset and decides to run.

Michael meets with Nelle at Ava’s gallery. She had the paternity test results mailed to Michael, which he opens. They indicate he is the father. Michael admits he also stopped by because he’s worried about whatever Ava’s agenda regarding her is. Nelle assures Michael that her eyes are open where Ava is concerned. At GH, Griffin informs Ava she’s been cleared for surgery. Ava thanks Kiki for everything both she and Griffin have done for her. Ava informs Griffin she has some business to wrap up at the gallery and leaves. Griffin checks in with Kiki to make sure she and Ava are okay. Kiki tells Griffin they are, and Griffin is hopeful today will be a turning point for Ava.

Jake appears at Aurora to see Drew and ask him to go to father-son day at his school. Drew says he’ll be there. Liz arrives later, having been called by Drew, and learns about father-son day. Jake admits he didn’t tell her because he was afraid she’d want him to ask Jason. Liz promises him that nobody is expecting him to accept Jason before he is ready. She swears that Jason only wants what is best for him, and she hopes he gets to know him one day. Drew tells Jake he owes it to himself to get to know Jason, and it doesn’t mean they won’t continue to have a relationship.

Later, Kim storms in, screams at Drew for teaching her son to fight, and accuses him of drafting Oscar into the Navy Seals. Drew calms her down and points out he’s not a Seal anymore, and the boxing was Oscar’s idea because a friend of his is being bullied. She apologizes for over-reacting, and he promises he won’t overstep his boundaries. In Sonny’s office, Jason and Sonny realize PK Sinclair is out to kill Faison. Jason wants to locate Faison and find out why he kept him alive. Sonny tells his friend they’ll get the answers and they’ll use Faison’s son to do it. They respond to PK’s message and offer to help him get the ending to the book he is after. They are interrupted by a call from Michael, who asks to meet Jason for some advice. Jason leaves.

Jason meets up with Michael outside of Kelly’s. Michael worries about Nelle, the baby and the future. Jason calms him down, and is positive Michael will be an amazing father. Michael asks, “What about Nelle?” Jason tells him that she’s not his problem. Michael leaves, and Jason spots Jake and Liz inside grabbing cookies. Jake waves at Jason, and he waves back.

Sonny returns home, where Carly fills him in on the talk she had with Joss. She fears surviving Joss’ teenage years will kill her. Later, Sonny gets an email from PK suggesting they meet. Sonny passes the message onto Jason.

Ava returns to work at the gallery to double check on some shipments with Nelle. Ava notices Nelle seems to be extra giddy today, and Nelle admits she had a visit from Michael and they may be on their way to being friends again, and hopefully more one day. Ava assures her that won’t happen because those people don’t forgive and forget, and suggests she cut her losses with Michael and enjoy her beautiful baby. Ava leaves, and Nelle tells her baby that they will be a family with his or her daddy.

Ava goes under the knife.

Nina tells someone that she doesn’t even think about her anymore.

Scott proposes a toast to Ava.

Carly tells Ava she won’t rest until the world sees her for the ugly soul she is.

Spinelli Gets a Response From the...

Ava Is Haunted By Her Sins During...