Sam Signs Divorce Papers and Then Fires Alexis as Her Lawyer 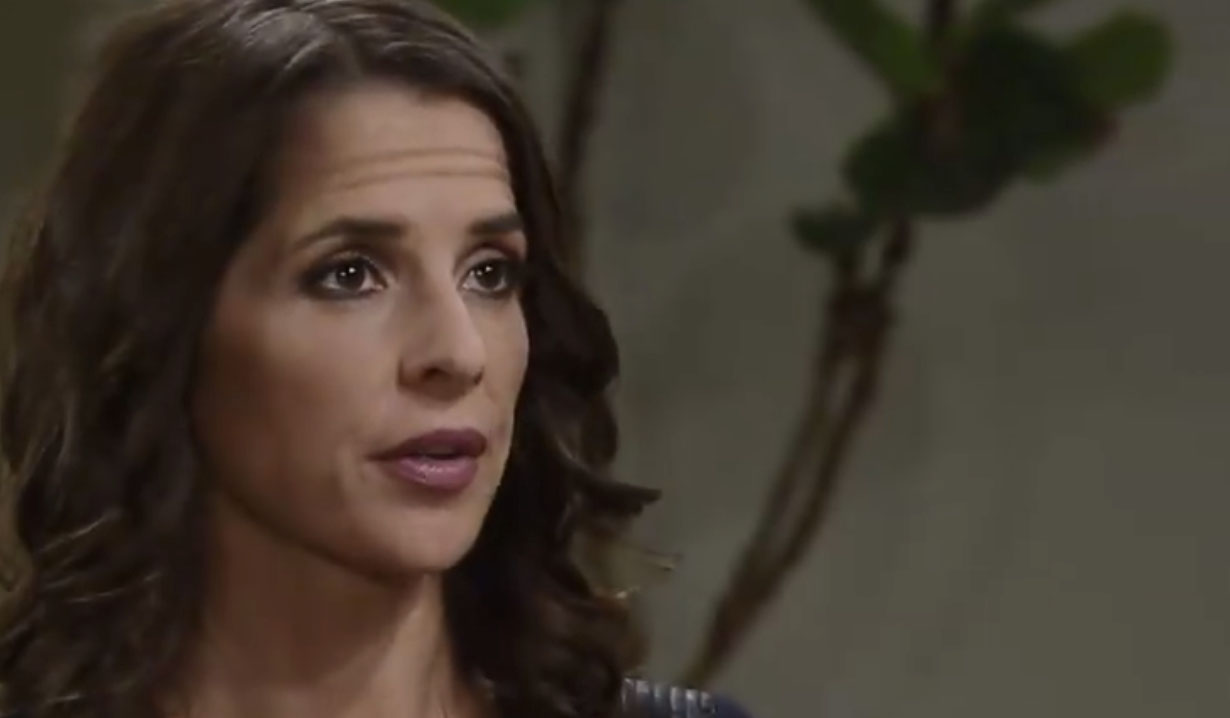 Before Sam can sign the divorce papers in the law office, Alexis brings up the issue of Danny’s custody. Diane points out there’s no issue because Jason is his father. Alexis retorts that Drew is the only father that Danny knows. Bickering ensues, as Alexis reminds Jason he let Lucky be Jake’s father out of concern for the boy’s safety. Shouldn’t he show the same concern for Danny? Sam orders her mother to stop it. She will not sign anything that limits Jason from Danny’s life and signs the papers. The lawyers note the marriage is absolved and they are both free to move on. Diane walks towards the door, looks back and says, “Good luck with that,” before leaving. Jason gets a message, thanks Sam and leaves. Sam angrily fires her mother. She declares no one will take Jason away from Danny again. Ever. Sam defends Jason and orders her mother not use her life as a distraction from Julian. After Sam has left, Diane returns to a flustered Alexis. She declares she was just doing her job, but Sam made it about Julian. Diane brings up Dr. Bensch, but Alexis says they’re not dating anymore. They head out for lunch at a place Diane knows about. Oscar arrives at the boxing gym to meet with Drew. Oscar acts skittish, but says he wants to learn how to fight. After some awkwardness between father and son, they get in the ring. As Drew teaches Oscar how to throw a proper punch, Oscar asks what to do if his opponent is bigger than him. Drew says he can teach him, but he wants to know what Oscar is facing. Oscar talks about a friend getting bullied and Drew assumes he’s talking about himself. Oscar insists it’s not him. Drew accepts this and calls his intentions admirable, but suggests fighting should be a last resort. However, he continues to teach him how to punch. Sam walks in as they wrap things up. Drew says he had fun and hopes they can do it again. After Oscar has left, Sam tells Drew she and Jason are divorced. They are now free to get married.

Joss tries on a dress Carly picked out for her at home. Joss thinks she looks like a sister wife. Carly doesn’t think Oscar will care what she wears. Sonny walks in and mentions it looks like a dress Carly has. Joss is mortified. Sonny asks if she has another idea for a dress and Joss heads upstairs to get it. When Carly starts to spiral about Joss growing up, Sonny needles his wife about being too controlling. Sonny gets a message about meeting Jason and leaves to give her and Joss a chance to compromise. Joss returns in a little black dress. Carly leads Joss to the mirror and asks what she sees. Joss says she sees herself in a beautiful dress. Carly asks if the boys at the dance will only see the dress. They get into a debate about slut shaming and social media. Carly shows her a picture in a magazine of an alternative dress that is less revealing. Joss loves it and hugs her mother. Oscar stops by later to pick up Joss for the library. After the kids have left, Carly finds condoms that fall out of Joss’ bag.

Jason meets Spinelli and Sonny at Pozzulo’s. The Jackal found P.K. Sinclair’s email. Spinelli sends him a message as bait. Nathan and Lulu meet at Charlie’s for their interview. Once they’re done, Lulu says it should be published tomorrow and when Faison’s ready to show his face, it will be to him. Over at the bar, Kim orders coffee from Julian, but he doesn’t know how to work the new machine. Kim looks it over as they get to know each other. Diane and Alexis walk in to see Julian and Kim having a good time.

Maxie tells Nina about Nathan’s paternity at Crimson, when Peter walks in with a revised budget. Nathan enters and Peter leaves after getting a message from Lulu, whose article is almost ready. Nina tells Nathan she knows about Faison, but thinks it’s okay since no one else knows. Nathan tells them about the interview, which leaves Maxie and Nina reeling. The women fear for everyone’s safety should the interview go live and beg Nathan to stop it.

Peter reads Lulu’s article at Charlie’s and calls it gold. Lulu gets a call from Nathan, who tells her to kill the interview.

A panicked Lulu shows up at Crimson. She says it’s too late, her article was already posted on the website.

Someone reads Lulu’s article online. They get the message from Spinelli posing as a fan of Sinclair’s book.

Carly orders Kim to tell her son to take a cold shower.

Lulu and Nathan Hatch a Plan to Lure...

Spinelli Gets a Response From the...