Obrecht Tells a Devastated Nathan the Truth About His Father

Friday January 5, 2018: Obrecht is forced to tell the truth, Ava apologizes to Kiki, Sam wants to get married and Carly warns Nelle. 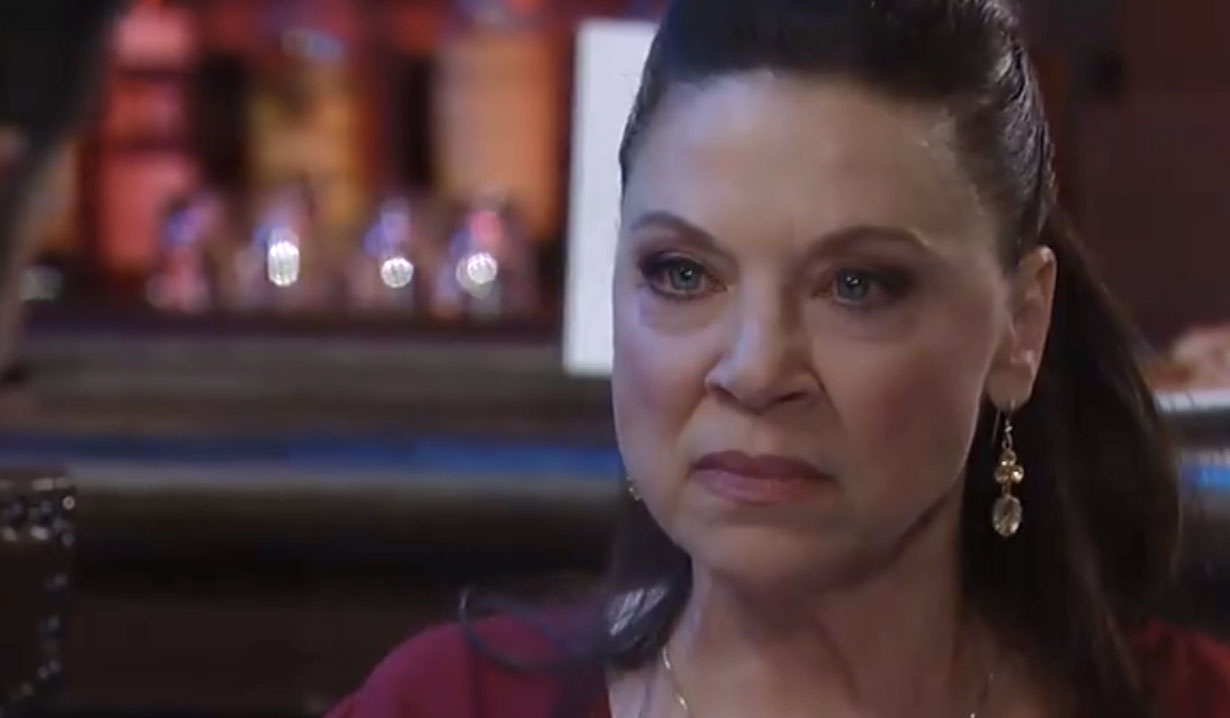 Carly stops by Aurora to see Sam, who asks her to stop pushing her and Jason together. Jason is her past. Drew is her present and future. Carly just wants to save Sam from making the same mistakes she made with Sonny and Jax. Drew enters. He confronts Carly about what she did on New Year’s Eve. She apologizes, but says she’s trying to save him from a marriage to someone who can’t stop loving someone else. She leaves and Drew asks Sam if Carly’s right. Sam reassures Drew that she wants their life together. She asks if he wants to find out who Andrew Cain is. He thinks he can contact the men he served with to see if it sparks a memory. However, he worries he won’t remember someone who saved his life, or someone who died. He doesn’t want to disrespect those people just for his personal gain. Sam says that’s proof he is a good man and suggests they get married that day. At the gallery, Ava runs down Nelle’s significant list of duties. Overwhelmed, Nelle quits because she knows nothing about the art world. Ava is incensed, feeling her time has been wasted. Nelle explains that she was desperate for a job after getting pregnant and wanted to prove something to Michael and Carly. Ava suggests Nelle stay and do what she’s good at: being a good assistant, while learning art as she goes. She then fills Nelle in about her own insecurities, but says once her face is fixed, Nelle will see the confident woman she once was. Nelle gets to work. Carly enters looking for Ava, who has stepped out. Carly is surprised to see Nelle working there, but gives her instructions about a piece of art related to Morgan’s foundation. They bicker, but Carly offers to get Nelle an allowance so she doesn’t have to work for Ava. Nelle wants to stay. Carly reminds her about all of Ava’s crimes, promising Ava would kill her without a second thought. Carly doesn’t care about her, but she does care about the baby. Griffin runs into a frustrated Kiki at the hospital. She’s still upset with Ava over how she treated her on New Year’s Eve – like a competitor. He relays that he told Ava about the surgery. Kiki wants to be happy for her mother, but points out that while Ava will be unscarred, Morgan will still be dead. Kiki still blames her mother, but Griffin defends Ava. He hopes Ava’s love for her will heal them both. Kiki thinks Ava is lucky to have him. Ava approaches and Griffin walks away so Ava can apologize to her daughter. They make up and Griffin returns to tell Ava the doctor is ready to see her. Kiki and Griffin discuss Ava’s insecurity over their friendship, but agree they won’t change anything. Ava returns to say the procedure can start tomorrow.

At Pozzulo’s, Jason, Spinelli and Sonny conclude P.K. Sinclair and Faison’s traitor is the same person: Faison’s son. Spinelli suggests Obrecht warned Faison, which is why he left town. Sonny thinks they should invite her over for espresso and a little chat.

More: Jessica Tuck out as Cassandra Still at Charlie’s, Maxie and Nathan confront Obrecht about who his real father is. Dr. O gets defensive, but sticks to her story that Victor Cassadine is his father. Nathan gets an email from Amy with the DNA results. Despite his mother’s protests, Nathan opens it. There’s no match to Valentin, which means Victor Cassadine cannot be his father. Obrecht cries as Nathan presses her for answers. Sonny, Jason and Spinelli burst in, but Maxie orders them all out. They are in the middle of a family crisis. Sonny wonders if their crisis is about Faison’s son. Obrecht panics, which Nathan takes note of. He realizes Faison is his father. Maxie refuses to believe it, but Dr. O admits it’s true. The three men leave, as Dr. O explains that she loved Faison, but she knew he wouldn’t be a good father. He rejected Brit, which was her salvation. When Dr. O got pregnant again, she knew Faison would take Nathan away because he was a boy, so she gave him up. Nathan orders his mother to leave. She tearfully tells him she loves him and hopes he will forgive her one day. After she walks out of the bar, Maxie tells a horrified Nathan that it’s a lot to process, but she wouldn’t change one thing about him. Spinelli, Jason and Sonny head back to Pozzulo’s. While Spinelli worries about his daughter having a half-sibling related to Faison, Sonny wonders if Nathan could be P.K. Sinclair. They all agree he is not. Sonny assumes there’s another son who they must find to draw Faison into the open.

Carly worries Joss is growing up too fast.

Spinelli Produces the Rest of...