Thursday January 4, 2018: Obrecht hosts a gathering to plan Maxie's baby shower, Valentin is questioned by the PCPD, Finn worries he killed Cassandra, and Spinelli returns with a lead. 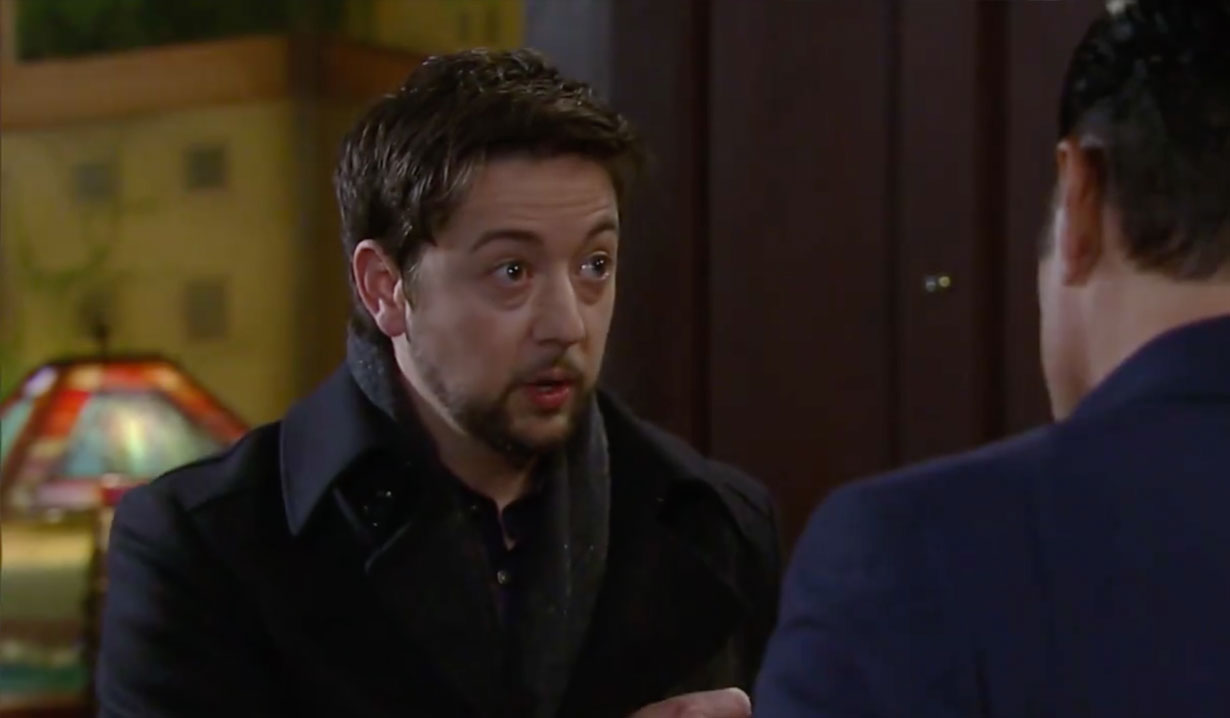 [Today’s summary began at 3:04 PM EST due to news interruptions on the winter storm hitting the east coast.] At the PCPD, Lulu is interested in why Valentin has been hauled in by Jordan, but Dante would rather focus on her story on Faison. He wishes she would drop it, and she offers to consider it. Jordan calls Dante in to the interrogation room, where they inform Valentin that Cassandra is in the ICU after being found in an alley with a drug overdose, which was forced on her based on the amount. Valentin reminds them that he was helping Anna, so he had no reason to kill Cassandra. At GH, Nathan questions Amy about the DNA test his wife asked her to do. She tells him the results aren’t in yet, but she’ll let him know when they are. In Finn’s room, Finn recalls to Anna that Cassandra pulled out a syringe, and he thinks he used it against her, but it is all a blur. Anna lets him know that Cassandra isn’t dead, and that she’s in the ICU due to an overdose. He may not be to blame because someone moved Cassandra from her house to an alleyway. Anna checks on Cassandra, who is hooked up to a ventilator. She closes the blinds to the room and locks the door. She’s rants about the damage her drugs have caused, and how many more lives she could ruin. She thinks it’s better if Casandra never wakes up, and toys with turning off the ventilator. Later she returns to Finn’s room and admits she made sure Cassandra couldn’t hurt anyone else again. In his office, Jason and Sonny meet with Spinelli, who discovered a lead on Faison’s manuscript. Someone using Faison’s alias PK Sinclair recently contacted his old publisher with a new book, the manuscript Jason happened to find. Spinelli hacked the publisher’s email, and the manuscript was supposed to be delivered to the publisher the day before Jason broke out of the Russian clinic. He’s working to track down the IP of the author, but used a computer program to predict the end of the manuscript. The end pits the Faison character against a rival, who brings Faison down and happens to be his son.

More: Most annoying GH character of 2017 At Charlie’s, Nina questions Obrecht about Nathan’s father, but she tells her to drop it and greets Felicia when she arrives. Lulu and Maxie follow shortly to plan Maxie’s baby shower, which Obrecht has included Maxie in on because she finds the surprise element ridiculous. Lulu pulls Nina aside to warn her that Valentin is being questioned at the PCPD, so Nina takes off. Obrecht asks Maxie to look at some menus, while Felicia chats up Lulu about her next article. Lulu admits it is on Faison, and Felicia warns her about getting mixed up with him. Meanwhile, Maxie asks Obrecht to tone things down because her plans are a little overwhelming. Obrecht admits she is getting carried away, but it is because for years she wouldn’t let her think about Nathan as her son because of his father and the danger it would put him in. Maxie reminds her that Victor is dead. Later, Lulu asks Obrecht to help her find Faison, which Obrecht finds laughable. Lulu wants to give Faison a chance to tell his side of the story, and points out he may not get another. Lulu walks off, and Obrecht overhears Maxie tell Felicia that she believes Nathan is worried he will pass his father’s evil genes on to their child. Lulu and Felicia leave, and outside Felicia informs Lulu if she’s going to pursue Faison then she may want to start looking on Spoon Island. Back inside, Obrecht tries to get Maxie to persuade Nathan to stop worrying about his father. Maxie tells her he will once the DNA test comes back proving Nathan is a Cassadine. Obrecht is alarmed.

Back at the PCPD, Nina runs into Nathan and is furious that her husband has been brought in. In the interrogation room, Valentin explains he and Anna were held hostage by Cassandra’s goon last night, and after he escaped he immediately went to find his wife and daughter. He refuses to be questioned further and walks out. Nina gives Valentin a hug, and he appreciates her coming here, but has something to take care of and quickly leaves. Nathan asks Nina to be straight with him on what is going on with her and Valentin. She suggests he worry about his own issues, such as who his real father is if not Victor Cassadine.

Valentin arrive at Cassandra’s room and finds Amy changing the sheets of the empty bed. She tells him that Cassandra was released to the WSB. Back in Finn’s room, Anna swears she didn’t kill Cassandra, and she’s been moved to a WSB medical facility.

Kiki tells Griffin how her mom wanted Morgan for herself.

Nelle worries to Ava that she’s not qualified to work in the gallery.

Maxie and Nathan confront Obrecht about her motives.

Sonny believes Obrecht may know more about the book.

Drew finds Carly urging Sam, “Don’t do that to Drew.” 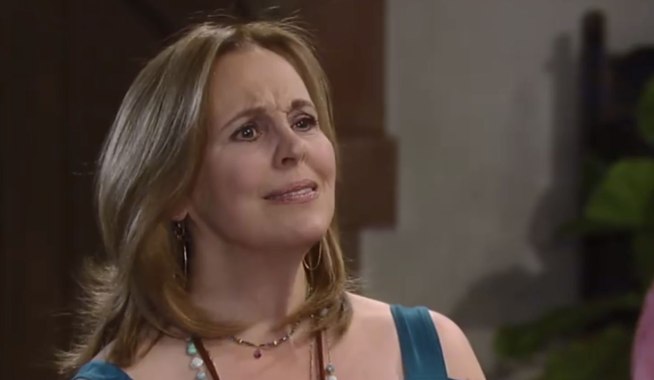 Laura Isn't Sold on the Idea of Mayor, as Olivia Suggests Ned Run

Obrecht Tells a Devastated Nathan the Truth About His Father 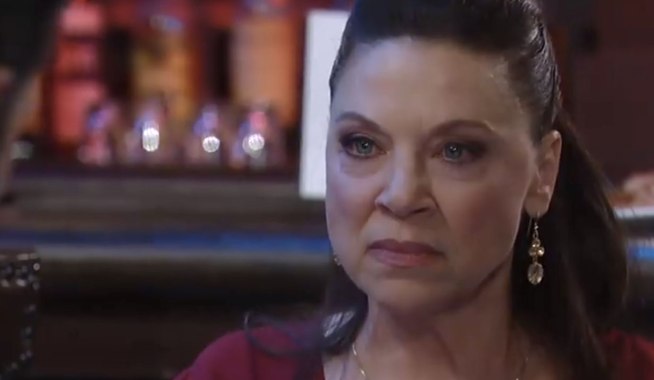