Laura Isn’t Sold on the Idea of Mayor, as Olivia Suggests Ned Run 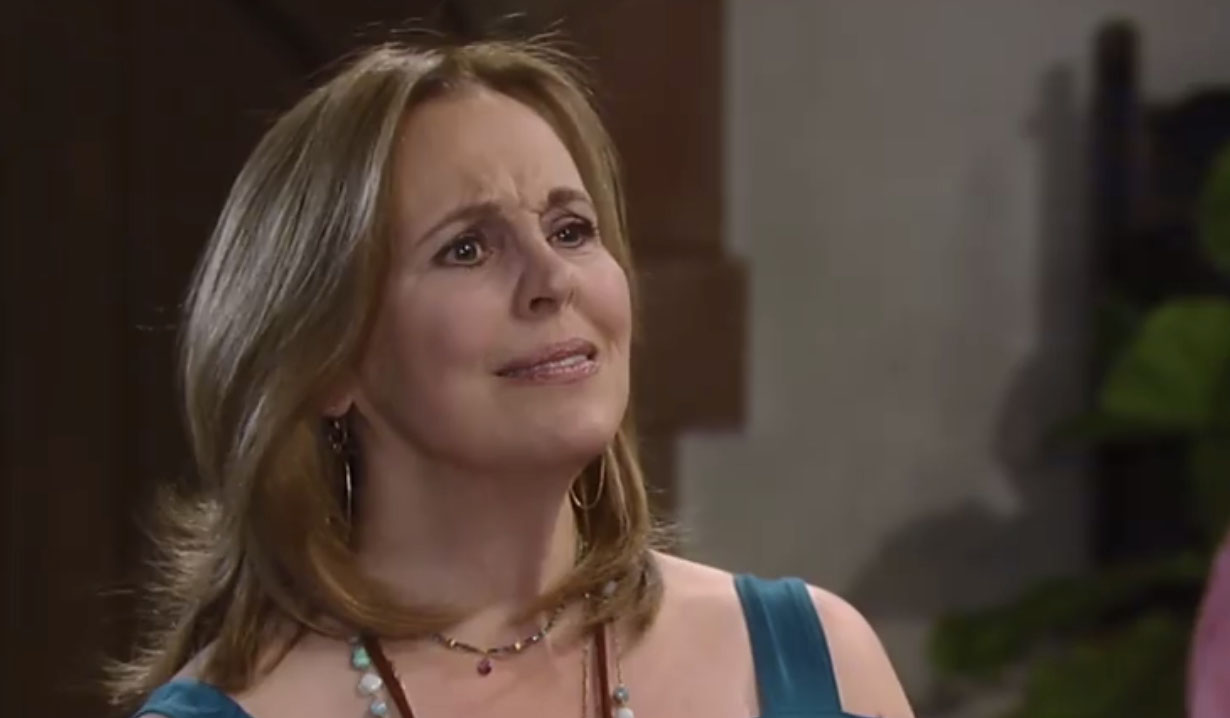 Ned and Michael meet for breakfast at the Metro Court. Ned wants Michael to keep an open mind about the Charles St. project. He introduces Michael to Jim Harvey (played by Greg Evigan), a developer, who walks off the elevator. Harvey thinks Charles St. is full of diamonds in the rough and presents his plans, which includes an ELQ arena. Ned is impressed, while Michael wonders what happens to the residents who call that area home. Over at the bar, Julian finds Olivia to ask about spending time with Leo. Olivia pushes back. He reminds her he’s been exonerated and is now the legit owner of Charlie’s. He wants Leo to be proud to call him his father, which he is and not Ned. He walks off and steals some of Ned’s bacon as he passes by. Harvey promises Ned and Michael they will work with the people in the community as their plans move forward. After he leaves, Michael challenges Ned on the ethics of the deal. Their bickering gets heated. Olivia tries to referee, but Ned announces he’s quitting the family company. Michael says the door is always open and leaves. Olivia thinks ELQ’s loss might be the city’s gain and suggests Ned run for mayor. Alexis meets Molly, Curtis and TJ at Charlie’s. The kids ask Alexis to help them take down their landlord, who refuses to perform basic maintenance on their building. T.J. wants to sue for harassment, but Alexis and Curtis inform them it won’t do much good unless they have proof. Molly and TJ have never even met the landlord. They just deal with a faceless company. Curtis volunteers to investigate. However, he will probably be working within the grey area of the law. Alexis reminds him she needs him to remain above board for his findings to be admissible. He suggests she not ask and he won’t tell. Julian enters as they wrap up their meeting. Alexis hangs back as the others leave and explains Molly and TJ’s problem to her ex. Julian offers to keep an eye on the kids, since he’s right across the street. Unless she prefers he doesn’t. She says it’s probably best if he doesn’t. Julian smirks, “So that’s a yes.”

Elizabeth unwraps Franco’s twin painting that was just delivered. He doesn’t want to keep it. She runs off to work, as Franco welcomes Kiki inside. She fumes over her canceled flight to see Dillon. She blames fate working against her. Franco glances at the painting and bemoans his own bad luck. Kiki calls the painting his karmic boomerang and urges him to figure what it means before he loses the best thing that ever happened to him: Liz and the kids. She leaves and Franco naps. He has a dream of Drew giving him a rabbit’s foot and calling him his best friend. Franco bolts awake and finds the rabbit foot. He wonders, if Drew was his best friend, why did he try to kill him? Jordan finds Anna outside Finn’s hospital room. Anna relays that Finn is stable and insists Cassandra should be arrested for drugging him. Jordan explains that cops were dispatched to the house, but Cassandra was nowhere to be found. Jordan is irate that Anna would run a huge operation in her town without informing her. Anna explains what went down and blames herself up for putting Finn in danger. Jordan tells her the case is hers now and she plans to question Valentin. A teary Anna visits with Finn. He takes her hand as they update each other on their ordeal. Anna returns to Jordan, imploring her to find Cassandra before she can get to Finn. Jordan wonders if Anna feels more than responsibility towards the patient. Jordan steps away to take a call. Elizabeth consoles an emotional Anna. She tells her that life is random and if she and Finn have a chance of happiness together, maybe she should go for it. Jordan returns to tell Anna Cassandra has been located. Anna heads back to Finn, who is asleep but agitated. He jolts awake and tells Anna that he killed Cassandra. Laura and Kevin vacation in Mexico. Kevin wants to spend as much alone time with her as he can before she becomes mayor. Laura doesn’t know about all that, but she does want to go to the ruins and explore. After their trek, Kevin continues to encourage Laura to run for mayor. She appreciates his support, but thinks she can do good without running for office. She then suggests they put out the Do Not Disturb sign on their door before they head home.

Valentin is brought in for questioning.

Spinelli Produces the Rest of...