Anna Disappears As Jason and Sam Ring in the New Year

Friday December 29, 2017: Dante and Lulu argue about her next story, Valentin is interrogated by Cassandra, and Carly’s scheme goes as planned. 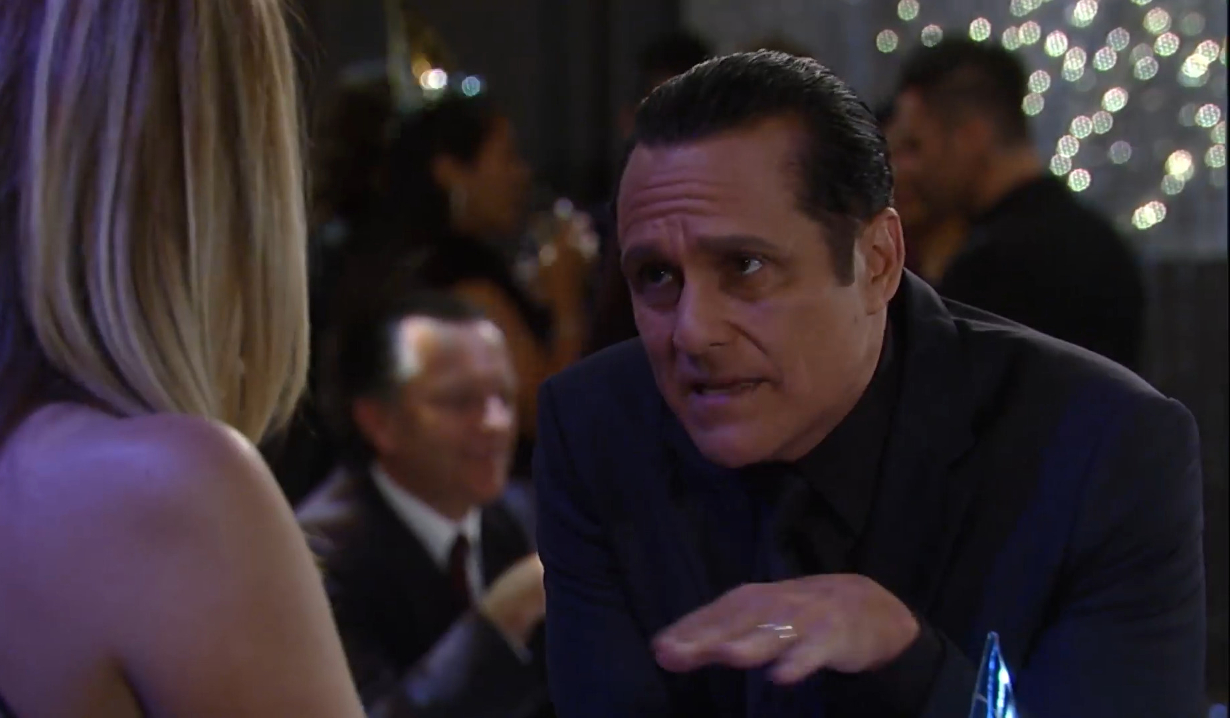 In a storage room, Cassandra has Valentin bound to a chair and lectures him for betraying her. She and Eric show him the bug they found in her phone. He says if he’d bugged her, she’d never have found it. Eric pounds on the Cassadine and then leaves to take a call. Valentin tells her it’s his anniversary and the only thing he cares about is his family. Eric returns and tells her the authorities seized her factory in China. She quickly realizes that Finn and Anna must have done this. Valentin encourages her to go underground. She’s not doing anything until she’s gotten rid of him and Finn. Left alone, he remembers his wedding to Nina. At Anna’s, she tells Finn that their mission is accomplished. He guesses it’s time to move out but asks her to admit it hurts to see him go. They bicker about this as he prods her to admit how she feels. They taunt back and forth until she asks him to stay the evening. He’d love to. They toast to the New Year and he runs off. She gets the fire going. Robert calls to say they haven’t found Cassandra yet. She’s about to lock things down when someone comes through her front door. Moments later, Finn returns with flowers, but Anna is nowhere to be seen… but Cassandra is. At the Metro Court, Nina sends Valentin worried messages. Meanwhile, Lulu tells Dante that her next story will be even bigger than the Lomax one. She spots Nina looking worried and rushes over to nag her about her husband. Dante tries to keep the peace. Across the room, Sonny and Carly make out by the bar. He wonders where Jason is and worries that Carly has been plotting to put him back with Sam. She’s cagey. He wanders over to talk to his son and Lulu. They discuss Faison until the waiter interrupts and tells Sonny that he’d be happy to take care of any other ‘special projects’ Carly has. When he spots his wife again, Sonny asks her about this. She admits that she set up Sam and Jason and had Drew’s car tampered with. He loves her for her good intentions and for giving his life meaning. Back across the room, Dante takes his wife aside and warns her not to go after Faison herself. She claims that being a journalist is the same as being a cop and he needs to accept her career choice. In the corner, Nina sadly misses Valentin.

Drew stops by the hospital and bumps into Kim. He needs a ride to the Haunted Star, so she agrees to drive him. Jason arrives at the Haunted Star. Sonny asked him to meet there. Only Sam is there and the boat is moving on auto-pilot. She tries to call Drew but there is no cell service. Jason apologizes and assumes this was all Carly’s doing. He makes a call, but it will be a few hours before they can be towed in. Behind the bar, he finds some dominoes and they agree to a drinking game. She tells him that she loves Drew. Jason has missed her but is happy as long as she’s happy. They smile at each other. She realizes she’s never seen him drunk and he’s trying not to get her drunk. They decide to go up on deck and he helps her put her coat on. When they get up, they talk about fireworks and how good they also were to watch from the footbridge. They watch the fireworks over the harbor and dance. He remembers how she taught him to dance and they kiss.

Drew and Kim drive out to the Haunted Star. He tells her about the plans that he and Sam had. When she asks for her glasses, he finds the CD he gave her. They discuss what he used to be like and how he used to live for the moment. She drops him off as the fireworks go off.

“General Hospital” will be preempted on Monday January 1 due to the holiday. 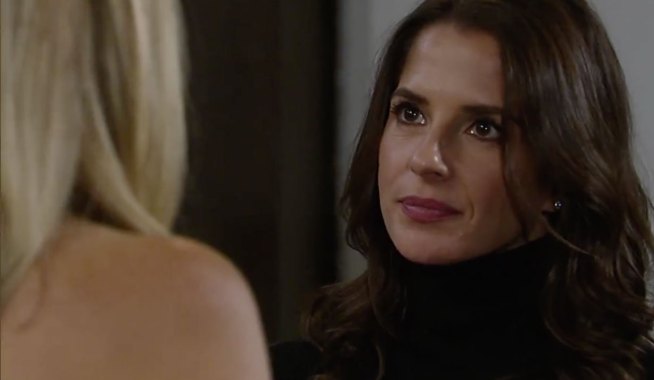 Carly Schemes to Get Jason and Sam Together for New Year's 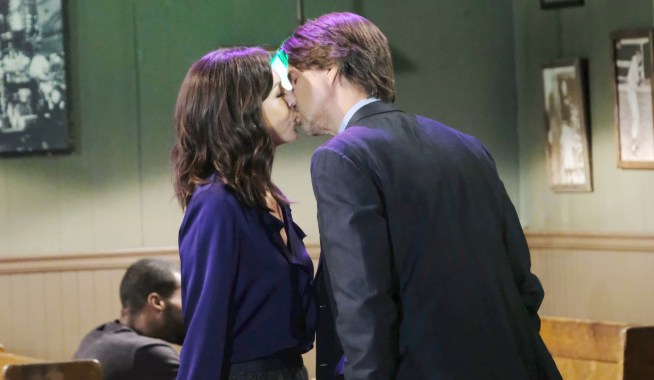