Wednesday December 13, 2017: Nelle makes her demands, The Qs learn their family has expanded and Jason turns to Drew for help. 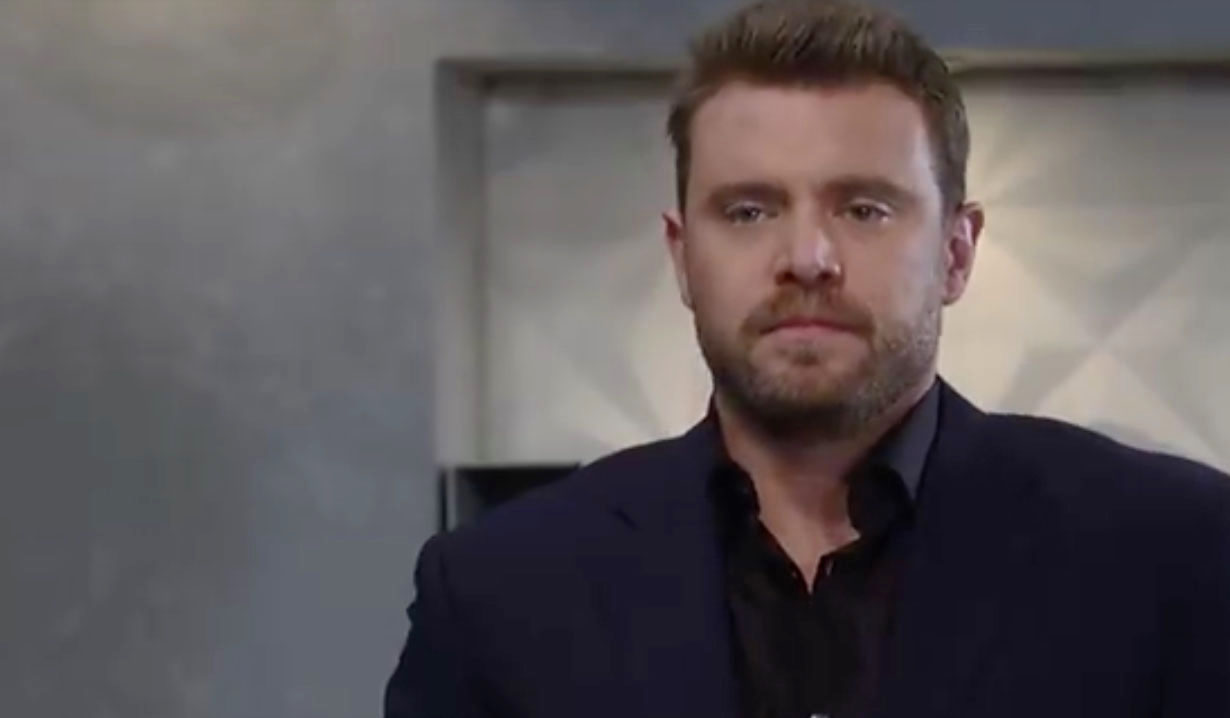 At the Metro Court restaurant, Nelle enjoys needling Sonny, Carly and Michael as they sit to hash things out. Michael says he will cover all medical expenses if the baby is proven to be his. They will figure out a custody agreement and financial assistance, for the baby only, once it’s born. Nelle thinks she should get some of that assistance or else she will leave town. Sonny threatens she can’t go anywhere he won’t find her. Nelle doesn’t back down and orders Michael to do better if he wants to be in the baby’s life. She storms out. Carly starts to offer her advice, but Michael shouts she needs to let him handle it. He doesn’t want there to be a tug of war over his baby. Alone, Sonny tells Carly he could take action, but whispers if he does, everything will change.

Ava and Julian take a table at Kelly’s. As they catch up, Ava tells her brother she needs to keep him and Griffin separate. Julian offers to step back for a while, but Ava won’t hear of it. Julian asks after Avery. Ava bemoans how little time she has with her daughter. She eyes Nelle walking in as she says she must wait for her opportunity and seize it. Julian takes off and Ava approaches Nelle, who informs her she’s pregnant. Ava thinks they should talk. After Sam leaves Drew at the office, Jason walks in. He fills Drew in on Faison. Drew worries about his family’s safety. Jason doesn’t think he’s a threat, but agrees Faison must be stopped. He suggests Drew might know more about Faison than he realizes. Drew reminds him his memories are Jason’s. Jason points out Drew has made different choices than he would have so maybe Drew Cain is in there. Drew says he’s tried, but he can’t remember anything about his past. He wonders, even if he got his memories back, is it his life? As Jason leaves, Drew tells him he wants to know any leads he gets on Faison. Jason agrees.

Jason and Sam run into each other on the docks. She starts to leave, but Jason asks her to stay and talk to him. At the mansion, Monica is thrilled to be adding more Quartermaines to the family. Ned is visibly less so. Olivia chokes on her drink when Monica suggests they all live under the same roof. Ned suggests they start with getting Jason and Drew in the same room without coming to blows. Monica thinks the brothers can find a way to co-exist. Ned deadpans that he hears Tracy cackling from across the ocean, adding things will get far worse before they get better. Monica leaves when she hears the doorbell, as Olivia urges her husband to be more supportive. Ned retorts that Jason’s return is great for the family but not the business. Monica answers the door to Sam. She is worried about Drew and suggests he could use her support. Monica promises to talk to him today and asks how Sam is doing. Sam admits it’s been a lot and tells her about Drew’s son. A floored Monica can’t believe she got two more Qs in such a short time. She asks Sam how she feels. Sam says she’s happy for Drew, but she’s worried about dealing with a teenage boy. Monica assumes Sam is wondering if she should let Drew go back to his family so she could be free to be with Jason. Sam says she can’t even say Jason’s name, let alone be around him. She doesn’t know what to do with her feelings for Jason. She loves Drew though and wonders how this can go on. Monica doesn’t think it can. After Sam leaves, Michael arrives to tell the family he’s going to be a father. They congratulate him and then Monica tells them Drew also has a son. Monica says they need to put out the welcome mat and reallocate the shares because the family is growing by leaps and bounds. Ned and Michael exchange tense glances.

More: John Stamos is going to be a dad Kim greets Oscar at home. He’s still processing the information about Drew and doesn’t want to talk. Kim doesn’t let up and explains her past with Drew. She tells Oscar he can do whatever he wants in regards to his father, but Drew seems like a good guy. Oscar is curious, but fears Drew doesn’t want a teenage son, especially one who might be too sensitive for a Navy Seal. Kim assures Oscar he’s a great kid and Drew will see that. Oscar decides to go for it because there’s nothing to lose. Kim leaves, but gets a call in the hallway to meet someone. Once she’s gone, Oscar answers the door to Drew.

Jason tells Sam that someone is the reason he’s alive.

Nelle Gleefully Tells as Many People...

Sam Finally Opens up to Jason, While...