Sonny and Jason Find Britt, As Kim Tells Drew Oscar Is His Son 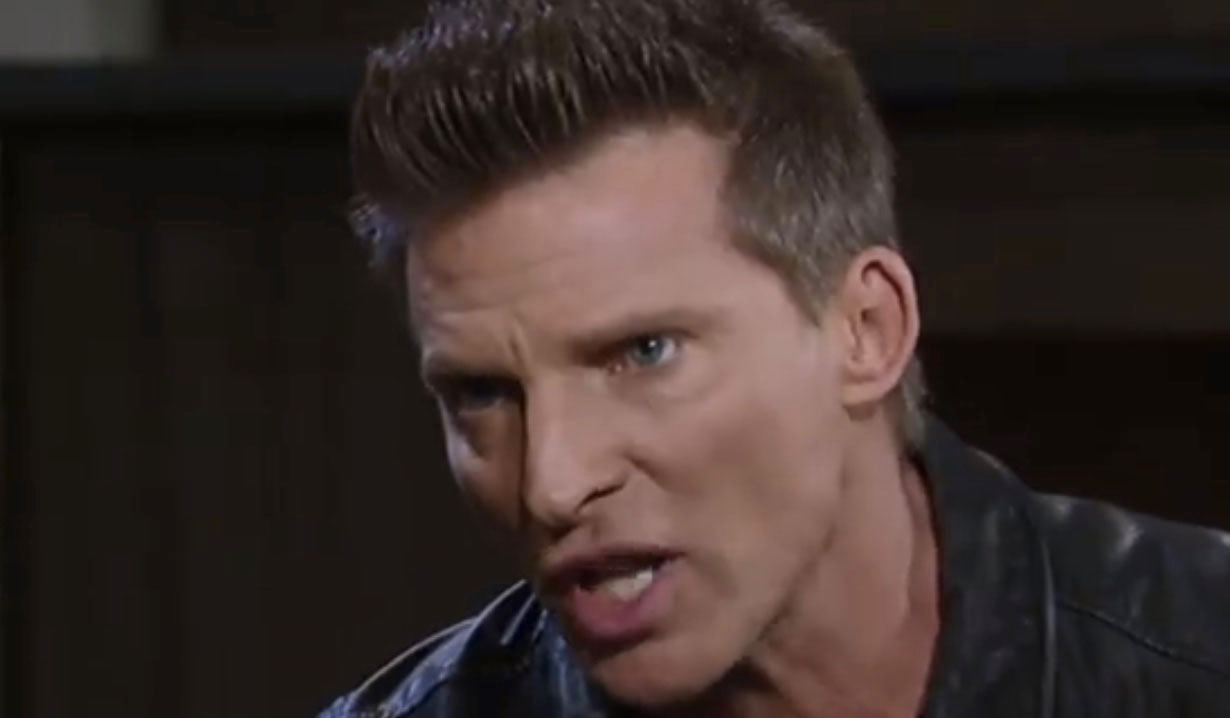 Jason kicks in an office door. Sonny follows his enforcer inside, guns drawn. The duo finds a scared Britt Westbourne (played by Kelly Thiebaud) with her hands up. The men put their guns away as Britt tells them Faison is gone and she doesn’t know where he is or what he’s done. She got tired of running so she stayed behind. They grill her about her father and she eventually reveals that until a month ago, Faison thought Jason was dead. Someone was supposed to kill him, but they didn’t. Faison is furious. They think Dr. Klein was working for that traitor. Britt adds that something spooked Faison so he left. Jason thinks the traitor could still be in Port Charles.

At home, Joss tells Oscar she got the results of the DNA test. Oscar thinks about deleting them off her phone because maybe there’s a reason his mother never told him about his father.

A freed Drew meets Sam upstairs at the PCPD. He tells his wife there will be a formal inquiry but it shouldn’t be a problem. He thanks Sam for getting him out. She confesses that Jason also helped. He reluctantly says he’s lucky then and kisses his wife. As Franco asks Elizabeth to marry him on Christmas Day, Carly runs into Kim near the hospital elevators. Kim tells Carly Drew was arrested. Carly calls the PCPD and learns Drew’s been released with no criminal charges. Both women are relieved and then Carly sees Liz and Franco. Kim lets it slip they’re engaged. Carly storms over to the couple and yells at Liz for letting Franco into her sons’ lives. Elizabeth is unfazed by Carly’s rant and tells Franco so, once Carly has returned to Kim. Carly explains the complicated history between them all, until Kim gets paged away. Joss and Oscar round the corner and guiltily face a furious Carly. Carly yells at her daughter reminding her she was supposed to be at home. Oscar steps up saying it was his fault because he wanted to talk to his mom about an email he got. Carly lets Joss stay for one hour, but Joss’ involvement in the mystery project is over after this. The kids walk off. After not finding Kim, they look for a quiet place to read the test results.

Michael scoffs when Nelle tells him she’s pregnant in the park. She says she took a test the day before and is about six weeks along. Michael wants proof. Near the town Christmas tree, Sam and Drew talk about spending the holiday with their family. Jake runs up, with Elizabeth and Franco in tow, and hugs his dad. Drew gives Jake money to play some games and the boy runs off. Sam sees Liz’s engagement ring. Franco tells them to say what they have to say before Jake gets back. Drew says he hates it but he’s not Jake’s father so it doesn’t matter what he thinks. Jake returns for more money, but Drew and Elizabeth take the boy to privately tell him about Drew. Alone, Sam needles Franco about what he did to her and why Jason hates him so much. Franco in turn needles her about not being done with Jason. On a nearby bench, Drew and Elizabeth gently tell a confused Jake Drew isn’t his father. He’s his uncle. Jake starts to cry as he insists Drew is his dad. An emotional Drew declares he will always be his son, but Jason is also his father. Jake doesn’t need another dad. He just needs Drew, who promises he will always be in his life. They return to Sam and Franco. Jake asks Sam about the parentage of his siblings and learns Scout isn’t his sister. Drew counters that she always will be. Alone, Elizabeth tells Franco she doesn’t want to distract from Christmas with a wedding. They decide to wait until after the New Year.

Michael waits outside a hospital room, as Kim examines a sugary sweet Nelle, who says she and her boyfriend are super excited for the baby. After some time, Nelle bounces into the hallway. Kim follows and confirms Nelle is six weeks pregnant. Michael looks like he’s about to throw up. The two run into Carly and tell her Nelle’s pregnant. Nelle says, “Congratulations Grandma!”

At home, Drew holds his daughter. He worries about Jake to Sam, who doesn’t think Jason will take the boy away from him. Kim comes to the door. Sam takes the baby upstairs. Kim tells Drew she didn’t know him for very long, but their time together was intense. Sam listens at the top of the stairs as Kim says Oscar is his son.

Sonny asks Britt if the traitor is dead.

Kim tells Drew the ball is in his court.

Michael Cuts Ties With Nelle, so She...

Britt Explains What Faison did and...