Wednesday December 6, 2017: Maxie and Lulu get locked up, Olivia gives Julian some leeway and Drew's in trouble. 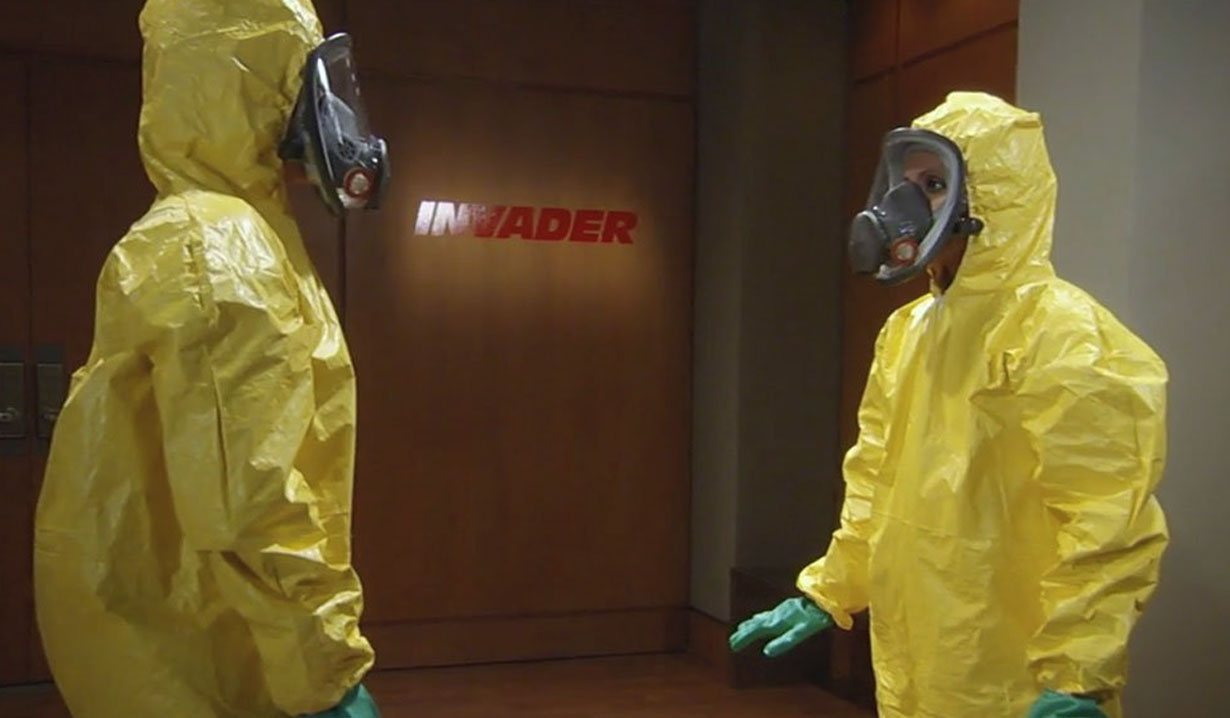 As Alexis starts to leave the Q mansion, she opens the door to Julian. She assumes he’s following her and Ned says he’ll call the cops. Olivia joins the group in the foyer. Julian says he’s there to see his son. They hear Leo over the baby monitor and Olivia asks Ned to check on him. Olivia lashes out at Julian, insisting he has no right to be near her son. She spits that Julian means nothing to Leo, as they overhear the boy call Ned “Dad” over the monitor. Alexis gets called away, but before she leaves, she tells Julian he’s jeopardizing his case by being there. Alone, Olivia implores Julian to leave. He knows Leo will eventually come to him and when he does, he will happily tell him she kept them apart. Ned returns with Leo. Julian’s face softens upon seeing his son, but he says he’ll leave. Olivia says they’re going to Christmas in the Park and tells Julian to meet them there.

At home, Sonny wants one day to enjoy Christmas with his wife and kids with no drama. Carly doesn’t think that’s possible considering the Jason/Drew mess. Michael brings Rocco to see Santa, a.k.a. Curtis, in the park as Nelle shows up as Santa’s helper. She explains that she’ll take any job where she can. Michael knows she’ll land on her feet. She does too. She always does. As Jordan playfully preps Curtis for his Santa duties, she gets a message about Drew’s situation with the Navy. She leaves Curtis to fend for himself with the kids. Carly, Sonny and Avery show up and find Michael with Nelle. Michael and Sonny take the kids away, leaving Carly and Nelle to snark at each other. Nelle makes some cryptic comments about upending Carly’s expectations of her before the women part. As Carly and Sonny discuss Nelle, they run into Julian. It’s the men’s turn to snipe at each other, with Sonny making a not-so-subtle threat. Everyone takes photos with the kids, which Julian photobombs. Julian then gets in some digs at Ned and Olivia and tells Leo he loves him before taking off. Once the event is over, Michael offers to help Nelle clean up.

Back at home, a frustrated Ned wants to know why Olivia didn’t do anything to prevent Julian from coming around. She tearfully explains that she doesn’t want to repeat what happened with Dante and Sonny. She has to do better with Leo. She doesn’t want Julian to turn Leo against her in the future when Leo starts to question his parentage. She thinks it’s better for Leo to know the truth about his father than to have an idealized picture of him. Ned calls his wife fearless and wise. Through sobs, she says she’s lucky she married him. They kiss.

Drew sits in the police interrogation room as Dante and Nathan stall the military lawyer, who wants to bring him in for desertion. Sam privately tells her husband they need a miracle. Dante and Nathan run out of reasons to keep the military away from Drew, who is led away in cuffs. Sam panics, as Alexis walks in saying Drew is her client. She explains the warrant is for Andrew Cain, but there’s no legal proof her son-in-law is that man. Jordan backs her up saying Drew can’t be relinquished into the military’s custody because he might have a lead on Faison. The military officer goes to see the judge. Clad in Hazmat outfits, Maxie and Lulu arrive at the Intruder offices. Lulu sets off a stink bomb to get the editor out of the office so they can search it. Maxie complains about the smell getting in her hair and not being able to afford a whole paycheck on fixing it. Lulu realizes they should be looking for the check made out to the Man Landers snitch. Maxie quickly finds a folder with details on a check written to Nelle for $10,000. Lulu takes a photo of the check with her phone and the women head for the door, but are stopped by several men.

Dante and Nathan visit their wives in PCPD lockup. Behind bars, Lulu and Maxie explain what happened and that Nelle Benson is the Man Landers source. Nathan lets the women out explaining the editor isn’t pressing charges. After they disperse, Nathan puts Drew in a cell. In the interrogation room, Sam and Alexis discuss Drew’s case. Alexis doesn’t know how they will get ammo in a short amount of time. Sam gets an idea.

Lulu and Maxie show up at the Christmas festivities but discover they are too late. They see Nelle and Michael picking up trash.

Sonny asks Oscar about sneaking out with Joss.

Michael Cuts Ties With Nelle, so She...