Monday December 4, 2017: Alexis has words with Jason, Sam reassures Drew, and Oscar and Joss put the test together. 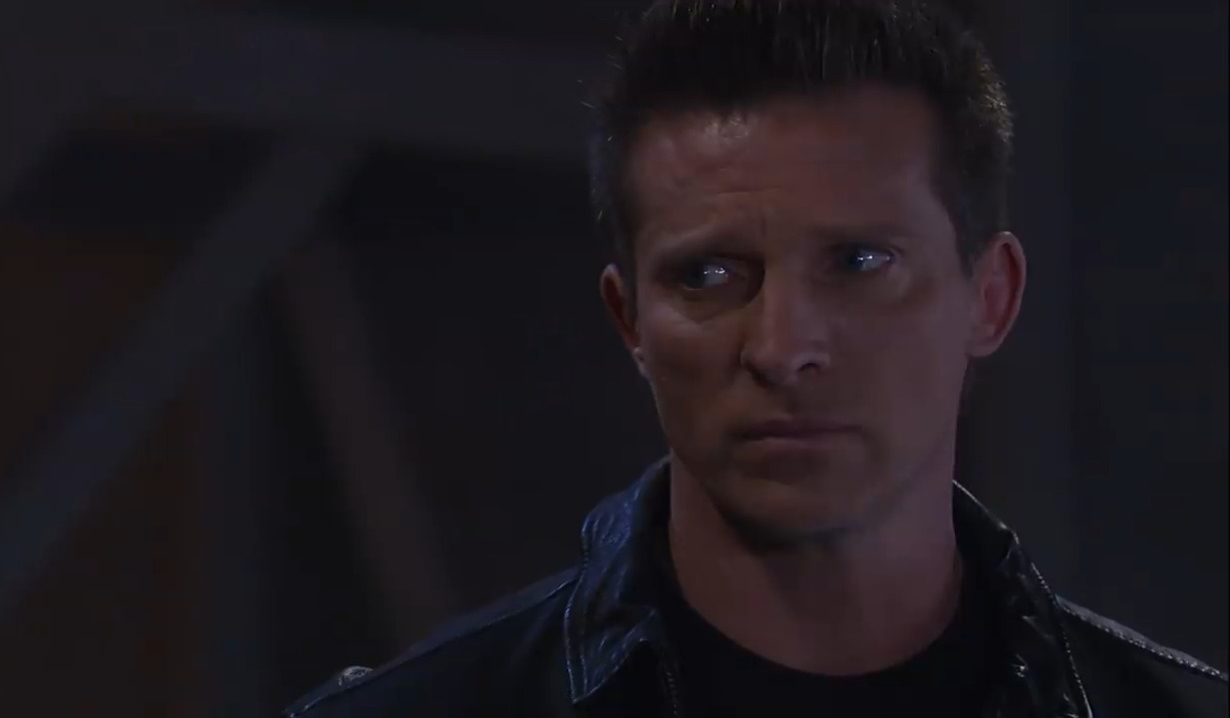 Jason is on the docks when Alexis finds him. She’s relieved to hear that Sam is with Drew. The lawyer points out that Sam survived losing him and has a new life. “Don’t make her give that up,” she says. Alexis knows he loves her daughter. That means he should let her go. Jason says he’s never told Sam what to do and won’t start now. Alexis hopes her daughter is mature enough to know he’s no longer an option. At the hospital, Liz worries to Franco about everything that’s happening. She thanks him for helping to unravel the mystery of the two Jasons. Robin wanders by and they update her. Franco escapes while Liz unpacks the whole story to Robin, who reminds her of how great Jason is and how he should be in his son’s life. Liz tells her how complicated the problems between the men are and how wonderful Franco is. Oscar joins Joss at the Metro Court to put together the paternity test. Michael interrupts and fills them in about Jason and Drew until Nelle arrives. She takes Michael away and announces that the Christmas present she ordered for Joss has come. Nelle wants him to slip it under the tree anonymously. He tells her she can give it to Joss herself. Meanwhile, Joss asks Oscar who he will bring the results to if they are positive. He hasn’t thought that far ahead. Nelle and Michael return and she hands Joss her gift. Oscar takes off. Joss opens the present. It’s an autographed photo of a singer. Joss is thrilled. Michael smiles at Nelle. She heads off, saying an awkward goodbye to Michael. Drew finds Sam in the PCPD interrogation room. He doesn’t know what’s next. She says they are going home. That seems unreal to him. She assures him that what they have is real and she loves him. He starts dumping all his ID on the desk. Drew tells her he’s never pretended or lied. He worries about Danny and offers to step away if she wants to go back to Jason. Sam says she’s moved on and loves him. They can figure out who he is together. He leaves to think about things. Alexis arrives and checks in on her daughter. She reminds her that Jason will never change and she needs to think about her children. “Like you did with Julian?” Sam asks. Her mom reminds her that the children were grown when she let him back in. Sam can’t breathe and runs off. Franco visits Andre in the cells. “I need a session doc, in the worst way,” Franco says. They discuss the Jason mess. Andre apologizes for involving him. They bicker about the truth. The doctor is relieved that he doesn’t have more secrets to carry. Franco admits he feels threatened by ‘Tweedledum and Tweedle-dee’. Maddox thinks Franco doubts he deserves to be loved and urges him to tell Liz everything. He’s sure that the results will be positive.

Franco returns to the hospital to see Liz. He has something to tell her. Before he can, she stops him and asks him to marry her. She loves him and can’t imagine life without him. He’s thrilled. They kiss. When she asks what he wanted to tell her, he says it’s not important.

Oscar runs into Drew on the footbridge.

Hyperventilating, Sam heads down to the docks. Jason in there. Their old theme music plays. “It’s going to be okay,” he says. After he walks away, she crouches and sobs.

Lulu has a new scheme.

Spinelli Backs up the Truth...