Wednesday November 29, 2017: Valentin wants to use Finn as an asset, Maxie and Nathan make an announcement, Six gets a lead and Jordan and Curtis find Andre. 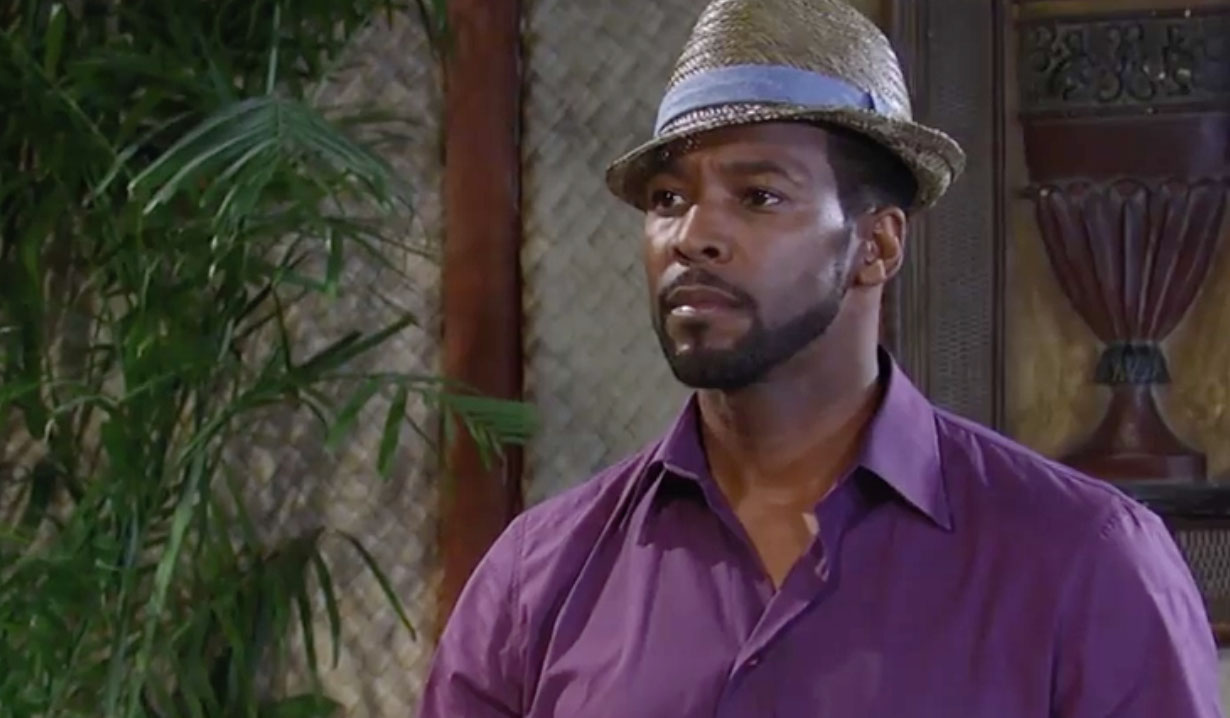 Six approaches Dante at the police station. Dante tells Six that his brother is good guy, for a mobster. The cop recalls how Sam’s husband saved his life. He doesn’t want to abandon him, but he can’t ignore what’s staring him in the face. Dante welcomes Six home, calling him Jason. Six asks to see the file from the night Faison shot him. Dante gives Six the file in the interrogation room and they discuss the shooting. Six notes Faison is the only one who knows what really happened. Dante reminds him he’s in the wind. All they know is the Faison is obsessed with Anna.

More: Kelly Thiebaud back to GH Valentin finds Nina at the Metro Court restaurant. He’s unhappy to find his wife is meeting Cassandra, who approaches. Nina prattles on about her and Cassandra becoming friends and then walks her visibly furious husband out. Valentine urges his wife to stay away from Cassandra. Nina insists she knows what she’s doing and asks him to trust her. Nina returns to the table and asks Cassandra about her business in pharmaceuticals, but Cassandra shuts her down. Nina gets a text from her new assistant about Nathan making an announcement, which she’s late for. She leaves, as Cassandra looks displeased. In Anna’s living room, she argues with Finn about him getting involved in her operation to bring down Casandra. Robin interrupts them as they bicker. Finn covers by bringing up the drug epidemic and they commiserate as doctors. Robin exits and Anna fills Finn in on Robin’s past with Stone. Valentin shows up leading Finn to again state his case that he can get close to Cassandra. Anna calls it a terrible idea, but Valentin says it’s brilliant. Anna is irate and argues with Finn again before he storms out. Valentin wonders why Anna’s protecting Finn when she’s never had trouble using anyone else as an asset. Once Valentin has left, Six stops by to ask after Faison. Anna doesn’t know his whereabouts, but suggests Obrecht might.

A flustered Finn heads to the Metro Court for a coffee. Cassandra walks up wondering if she can help. They sit down together, as Valentin looks on. Obrecht saunters into the Floating Rib to find Sam, Mac and Felicia setting up for a gathering Maxie and Nathan called. Lulu shows up as everyone muses what they’ve been summoned for. Maxie and Nathan enter and announce they are having a baby. Everyone is thrilled for them, until Obrecht reminds Mac and Felicia they are now bonded for all eternity. The thought causes Mac to suggest drinks despite it being 10 AM. Obrecht and Nathan privately talk about the news and where she’s been. She relays she’s been traveling and mentions she doesn’t know where Britt is. Sam and Maxie walk up as they discuss Man Landers. Sam offers to help Maxie find out who outted them. Robin arrives, as Lulu asks Sam if she and Jason are hiring writers for their publications. Sam would be happy to help her and gives Lulu their new COO’s number. Elsewhere at the bar, Maxie and Felicia discuss motherhood and love. Felicia has never met anyone with more love to give than her daughter. Nina arrives and is filled in on the good news from her brother. She’s elated to be an aunt and tells Nathan he’ll be the most amazing father on the planet. Meanwhile, Robin and Sam awkwardly discuss the Jason situation. Robin tries to commiserate, but Sam says today is about Maxie and wants to leave it at that. Robin understands and walks off. Nina sees and asks if Sam is okay. Sam insists she knows who her husband is, but that’s not good enough for anyone else. As Mac encourages Lulu’s new career path, Dante arrives to learn Nathan’s good news. After toasting everyone in the room, Nathan tells Nina he’s thrilled to be a father but he’s sad he’ll never know his own, as Obrecht eavesdrops. At a café in Cuba, Jordan and Curtis discuss their lead on Andre. The duo believe Andre is probably low on money and might be selling his artifacts for quick cash. Curtis informs her he set up a meeting with an American, presumably Andre, looking to unload some pieces. The ruse works, as Andre shows up. He tries to get away, but Curtis grabs him and they tussle. Jordan stops them, asking Andre to come home with them and give them information on the two Jasons. Andre refuses to go back to the States or talk to anyone. They all sit down, as Curtis tries to convince Andre to return for Jason’s sake. Andre is sympathetic, but he won’t budge. As someone who once had his heart, Jordan appeals to him to come back to Port Charles.

Oscar wants to know who his father is.

Joss gets in trouble with Carly.

Spinelli Returns to Port Charles and...