Wednesday November 9, 2017: Nina sees t through Nelle, Oscar and Joss follow a new lead on his dad, and Six and Jason search for answers. 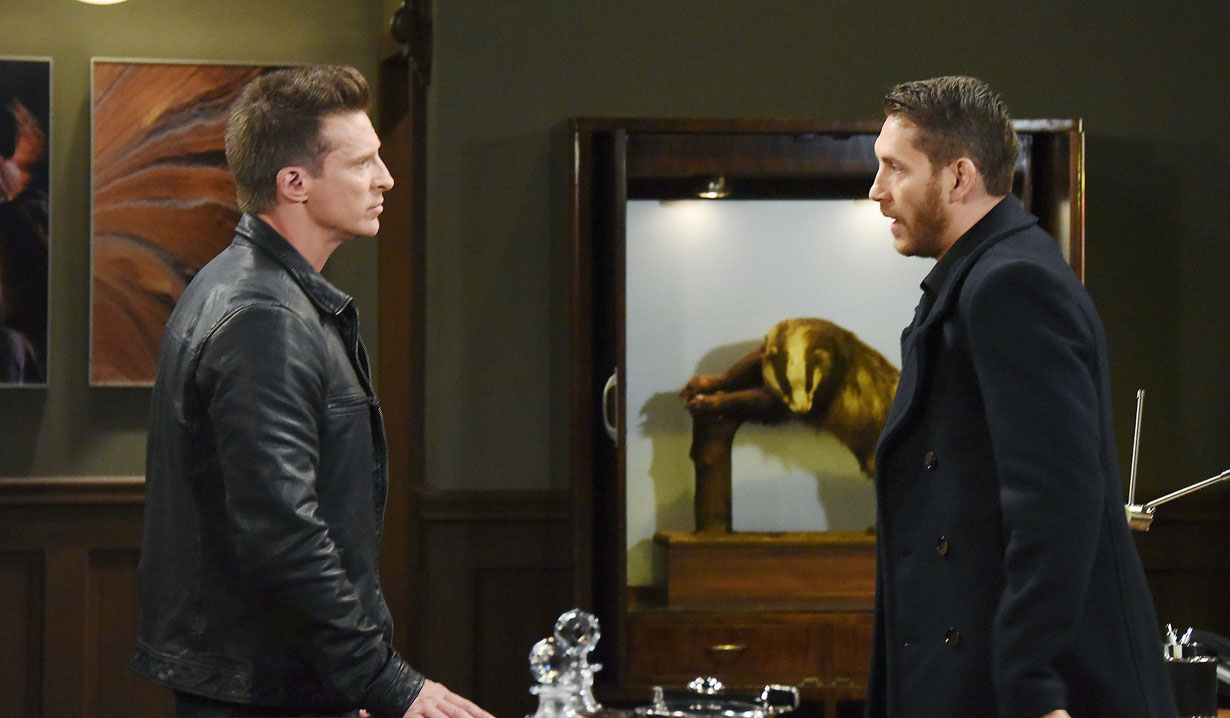 At the Metro Court, Nelle shows Valentin the photo of Cassandra placing a kiss on him in order to get him to force Nina to give her a raise. Valentin doesn’t care what she does with it, and warns her that she’s not as bright as she thinks she is. Nelle storms off. Up in Nina’s office, Cassandra walks in to see her new friend and gushes that she had no idea she was the editor of her favorite magazine. She asks to take her to lunch, but Nina has a deadline to make and suggests another time. She leaves and Nelle appears in tears. Nina asks what is going on. Nelle doesn’t want to hurt her, but shows her the photo of Cassandra kissing Valentin. Nina recognizes it as Cassie, and that it was taken weeks ago. Nina realizes Nelle was waiting for the right time to use it, and she thinks she likely tried to blackmail Valentin before showing her. Nina can’t believe she trusted her and fires the opportunist. Back down in the Metro Court, Valentin runs into Cassandra and tells her that he may be her business partner, but no more of the flirtations in public. She agrees. He also warns her to back off his family or he won’t help her. Valentin heads up to Nina’s office, where he finds her throwing vases around. He gathers Nelle showed her the photo. Valentin explains Cassandra is an old business associate, and she is in town for treatment with Dr. Finn. She asks him to swear nothing is going on, but he can’t do that.

Kiki drops by Ava’s place and asks how things are going with Griffin. They are going well, but Ava admits she still wants the last bit of her face repaired, even though Griffin says she doesn’t need it done. Kiki agrees and thinks she should trust in her feelings for Griffin, and his for her.

Oscar and Joss grab coffee at perks and discuss his mysterious dad. Oscar found a CD with a date on it matches the letter from his mom’s mystery man. He thinks it may be from him. However, he doesn’t have a CD player. She knows where one is. At Sonny’s office, Klein takes a call from his mystery employer. Sonny and Six listen in, the person uses a voice changer, and tells Klein he’s on his own. Sonny takes Klein’s phone and decides to have Brick go over it. He leaves Six with Klein. Klein begs Six to spare his life. Six knows something he could do, and asks him to help fix Ava’s face. After some arguing, Klein agrees to put his secret formulas on a flash drive. Out in the restaurant, Joss and Oscar arrive and to borrow his CD player to listen to a CD for a school project. He hands it over. Sonny returns to his office after Klein transfers the files to a flash drive. Six tells Sonny he can decide what to do with Klein. Sonny gets information from Brick and warns Klein he may want to run, because his client is located in Port Charles.

At Sam and Jason’s place, Jason and Sam disagree about Six. Jason feels she’s siding with Sonny and Carly and thinks this other guy is him. Sam admits the guy brings up feelings in her because of his face. However, she promises she loves him and they have two beautiful kids. Jason went looking for Betsy Frank earlier for information on his supposed twin, but she cleared out. He asks Sam if she’s talked to Sonny or Carly, but she hasn’t. He feels like he’s suddenly nobody to them. She promises him that he’s not nobody to her. Jason is certain Six is dangerous and it feels like he’s the only one that sees it. Sam agrees this is a setup, but she doesn’t feel the other guy was in on it. Jason worries this guy could be his twin and he could have been recruited to infiltrate his life. Sam says the PCPD will run fingerprints and do a DNA test, and then they’ll know more. Jason decides to go for a ride to clear his head. After he leaves, Six turns up at Sam’s door.

Joss and Oscar return to Perks and listen to the CD, which is a mix CD containing sad songs about two people who only had a short amount of time to love one another.

Back at Ava’s, Kiki goes to leave and finds an envelope at her mom’s door. She gives it to her, and inside is a note from Six and the flash drive. They plug it in and find all of Dr. Klein’s notes and formulas.

Alexis warns Ava that Julian is in trouble.

Six tells Sam that she has two beautiful children.

In the Quartermaine crypt, Monica tells Jason that he will always be her son.

Carly asks Jordan if she had the results.

Jordan Tells Both Men They Are DNA...