Friday October 13, 2017: Valentin loses out on an opportunity, Curtis has some news for Michael, and Griffin has a decision to make. 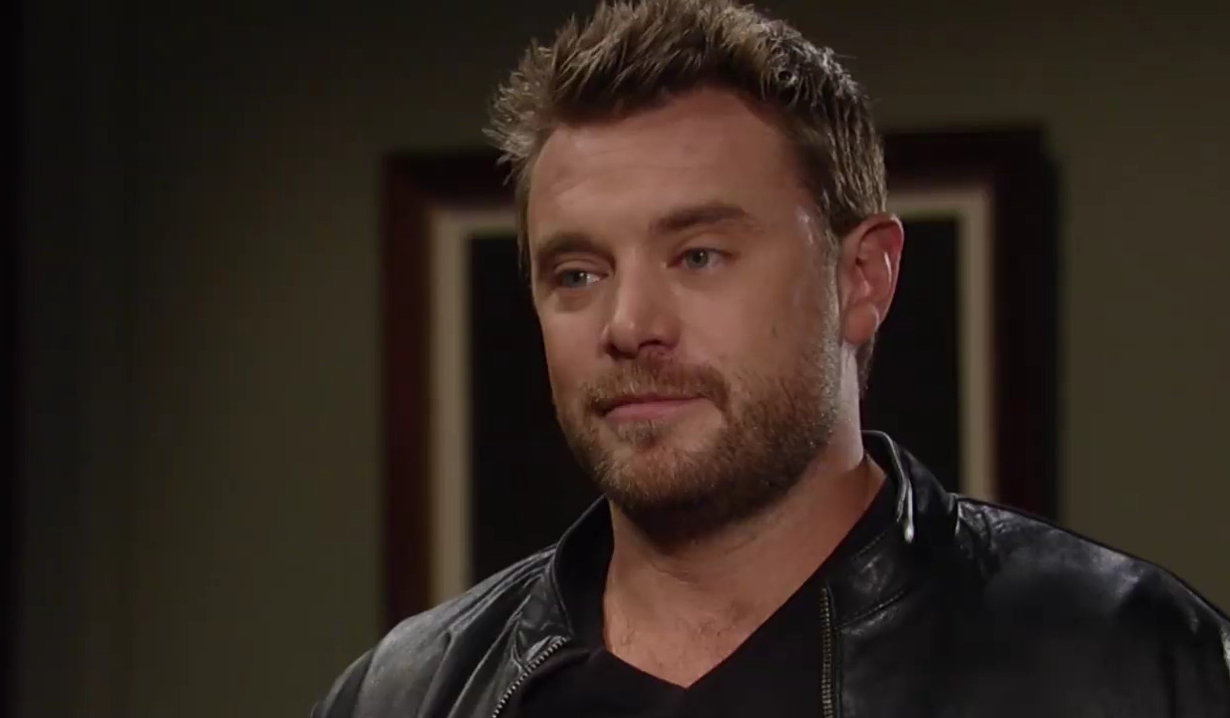 At Diane’s New York office, Jason explains to Sam that he’s buying Julian’s media company. Jason signs the paperwork. Diane warns him that he’ll be under major federal scrutiny. That’s fine with him. Sam is perplexed but excited by this random turn of events. Jason wants her to help him run the company. “Talk about the blind leading the blind,” she says, but agrees. Huxley stumbles out of a bar in New York City, leaving Patient Six to read the paper. When the bartender notices there are cops in the bar, Six slips around the corner. The police show the bartender a photo of Six. She claims not to have seen him and realizes they aren’t real cops. They leave her some cash and she offers to call if she sees him. After they’re gone, she hands the money to Six and he gives her his watch. As soon as he’s gone, Jason and Sam stroll in. They order champagne and toast to their new company. When they talk to the bartender, Sam spots her watch and sees Huxley’s name on it. Nelle and Michael go to Kelly’s. They argue about her selling the ring. He explains he’s hired Curtis to dig for evidence to clear her name. She tries to talk him out of this but no dice. After she leaves for work, Curtis arrives and Michael informs him that Nelle knows of the investigation. Curtis wonders if there’s something she doesn’t want him to find. He explains that Nelle was Sharon Grant’s mother’s assistant. He urges Michael to take a hard look at her. Michael asks him to look into everything. Curtis discovered she was a champion swimmer. At Crimson, Valentin keeps groping Nina while she tries to talk on the phone. He wants her to come home. She wonders where her assistant is. He gives her a little pep talk and then asks her to be his co-CEO when he buys Derek Wells Media. That thrills her. Nelle jogs in as Valentin takes a call from Diane, who informs him he’s been outbid. Nina lectures Nelle for going AWOL. The Cassadine returns and tells Nina he was outbid. He apologizes for getting her hopes up. She loves him for the gesture. As he heads out, he warns Nelle not to disappoint Nina and accuses her of being an opportunist. “The moment you make a move against my wife, I will intervene,” he threatens. After he leaves, Nina sends her after him with the scarf he left behind.

Griffin rolls off of Ava after they have sex in her bed. He has to talk to his superior tomorrow about his decision to leave the priesthood. The doctor still hasn’t made up his mind. Ava assumes he thinks what they did was a mistake. He won’t say it but puts on his pants. She tells him not to hide behind his collar. Griffin says what happened wasn’t a mistake and he’s closer to clarity. Anna and Finn are at the Metro Court. He’s tired and wants a nap. She suggests that he take his time gaining Cassandra’s trust. They discuss her strategy. He assumes it involves Valentin. As she goes on about the evils of Cassandra, the woman in question suddenly appears. She assumes that Anna is Finn’s lover. Anna plays up this assumption, which makes Finn twitchy. After some awkward conversation, Cassandra walks off. She later returns and sits with Valentin. As they chat, Nelle watches them from across the room. She snaps a photo as Cassandra pulls Valentin into a kiss.

Patient Six gets on a bus bound for Port Charles.

Griffin's Conflict Over His Future...