A Celebration for Morgan Is Crashed by an Unwelcome Visitor

Wednesday October 11, 2017: Morgan's siblings and loved ones gather to honor him, Griffin is called back to his parish, Laura lashes out at Ava, and Parker gets shocking news. 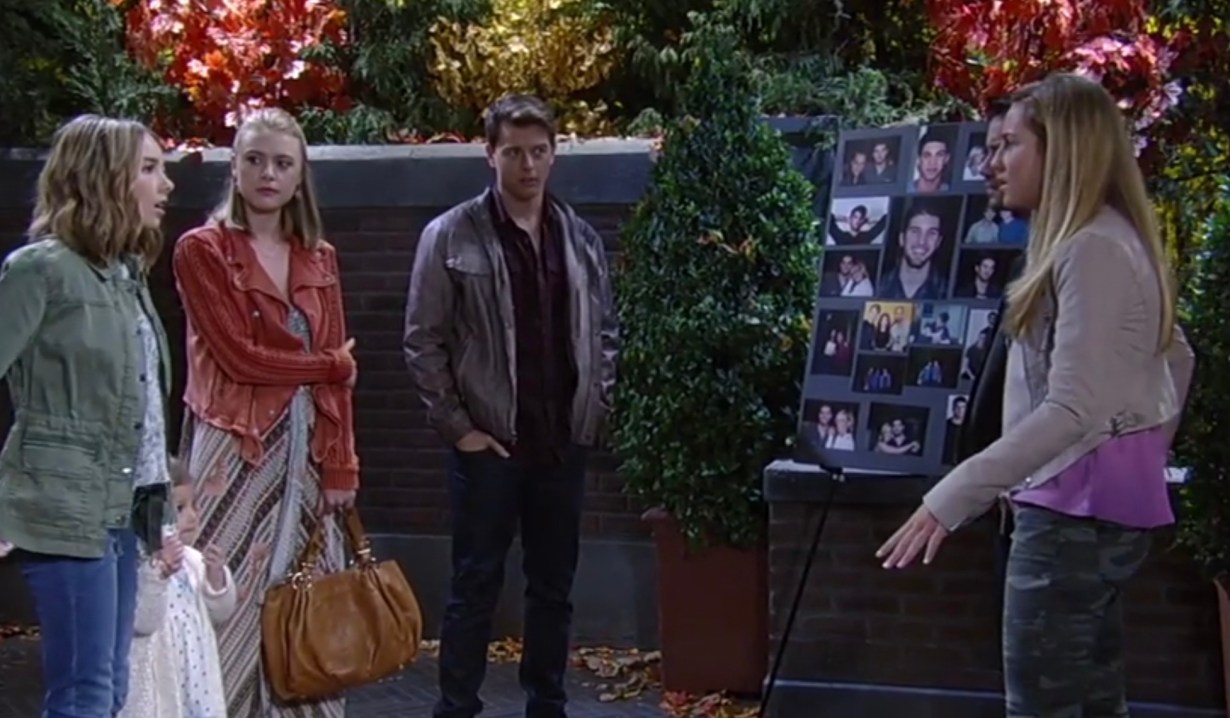 In the park, Joss and Molly set up a picture board of family photos of Morgan. Michael, Dante and Avery join them to honor their brother. Kristina walks Parker to her classroom at PCU. They are caught kissing by Dean Paulson (played by Tommie Earl Jenkins), who warns Parker that a sexual relationship with a student is forbidden. Kristina says she is no longer a student, but the dean reports they were seen together before she withdrew, and he fires Parker. Kristina is furious that someone turned them into the dean. Alexis walks in and Kristina immediately accuses her mother of having Parker fired. Alexis swears it wasn’t her, and she only came here to find Kristina and get answers about why she dropped out. Kristina bickers with Alexis, and Parker announces it is time for her to leave. She plans to go to a cabin in Oregon that her parents left her. Kristina announces she’s going with her, which Alexis forbids. Kristina tells her mom she won’t let her control her anymore, and will send her a postcard with her new address. At GH, Ava talks to Kiki while she waits to be released. She is hoping they can spend time together today, but Kiki reveals she’s going to spend time with Michael and Avery at the park. Ava begs Kiki to bring her daughter by to see her. Kiki isn’t sure today will work. Kiki leaves, and Ava gets a visit from Laura. Laura lashes out at her for choosing vanity over justice for Nikolas. Laura will never forgive her and relishes that Ava sold her soul to the devil and one day will have to pay. Griffin prays at the hospital chapel for guidance when Father Cory (played by Fred Grandy) walks in and informs him that he’s come to take him back to his parish. Griffin needs more time, but the priest says he is out of extensions and the bishop needs him back immediately. Griffin admits he is unsure if he wants to remain a priest, and the father asks if there is another woman that has caused him to feel this way. Griffin admits there is, but it is not a physical relationship like with Claudette. He explains his relationship with Ava, and Father Cory wonders if Griffin wants something more than friendship from this woman. Griffin doesn’t know, but can’t return to the church without finding out the answer. The priest tells Griffin he needs to examine what is inside his heart and have the guts to listen to it. He believes it’s the only way that Griffin will find his answer. He leaves Griffin to reflect. Back at the park, Kiki arrives for the celebration of Morgan’s life. Molly gets a text from Kristina saying she can’t make it, and Joss wonders why given this was all her idea. Molly believes this has to do with her dropping out of PCU and a relationship issue. Michael believes Morgan of all people would understand her absence. They all put on baseball caps from Perk’s and drink its signature drink to celebrate Morgan. As they toast to Morgan, Ava crashes the celebration to see Avery. Michael is furious at Ava for showing her face at the ceremony, and Dante lets her know she’s not welcomed here. Kiki begs her mom to just go, which Ava does. Michael thinks they should call it a day, and Kiki feels her mother ruined Morgan’s celebration just like she ruins everything. Michael invites Kiki to the zoo with him and Avery, but Kiki decides she needs time alone. After everyone leaves, Kiki cries that she knows Morgan isn’t here because of her mother, and she’ll never forgive her for that.

Kevin meets Laura at Kelly’s and wonders if something is wrong. Laura comes clean with Kevin about threatening Valentin with a gun. She admits it wasn’t loaded, which he didn’t know, and she only wanted to see the fear in his eyes because he gets away with everything. Kevin fully understands and doesn’t judge her. Laura gets a text from Spencer, who misses them, and then asks about his civil suit. Laura doesn’t know how to tell Spencer that Ava has cost him the lawsuit. She prays something will happen to change things and Spencer will get justice for Nikolas’ murder. Kevin advises her that she may have to accept that she will never get justice. Laura wonders how she can move on with her life. Kevin believes he can help and proposes.

Ava returns home and receives a text from Spencer thanking her for helping him get justice for his father’s death. Guilt ridden, Ava cries she can’t go on like this. Ava books a flight to Paris. As she is about to leave she finds Griffin at her door.

Kevin tells Laura he wants to spend the rest of his life with her.

Curtis makes a call to someone informing them he’s found something and they should speak.

Dillon admits to Nelle that Kiki’s been shutting him out lately.

Kiki talks to Dr. Bensch about the guilt she feels.

Michael gets a text and is stunned by a huge donation.

Alexis goes to Sonny for help stopping Kristina from ruining her life. 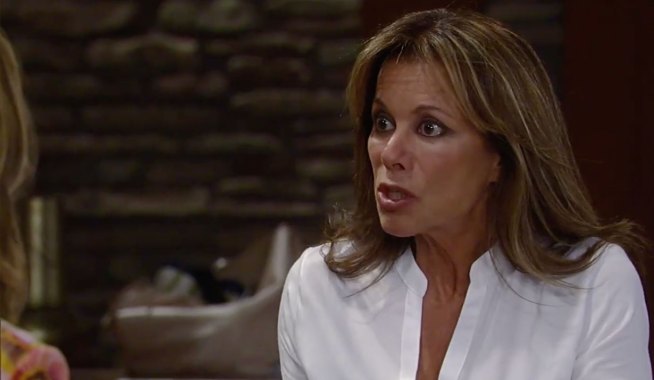 Kristina and Parker Have a Close Call with a Fuming Alexis 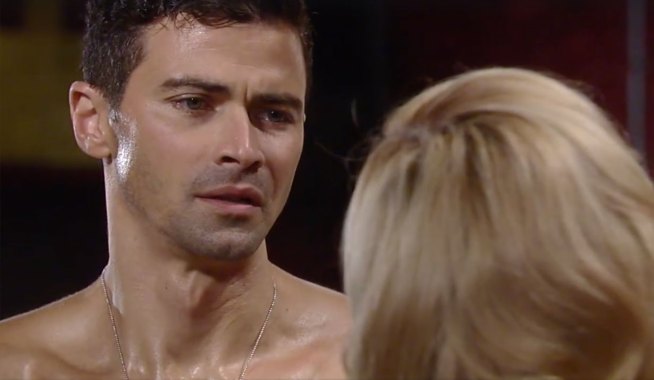