Griffin plans to look for Ava, who has a creepy encounter in Russia

Thursday September 14, 2017: Ava meets a strange man at the clinic, Griffin asks Anna for help, Maxie plots to get her job back, and Spinelli returns to Port Charles. 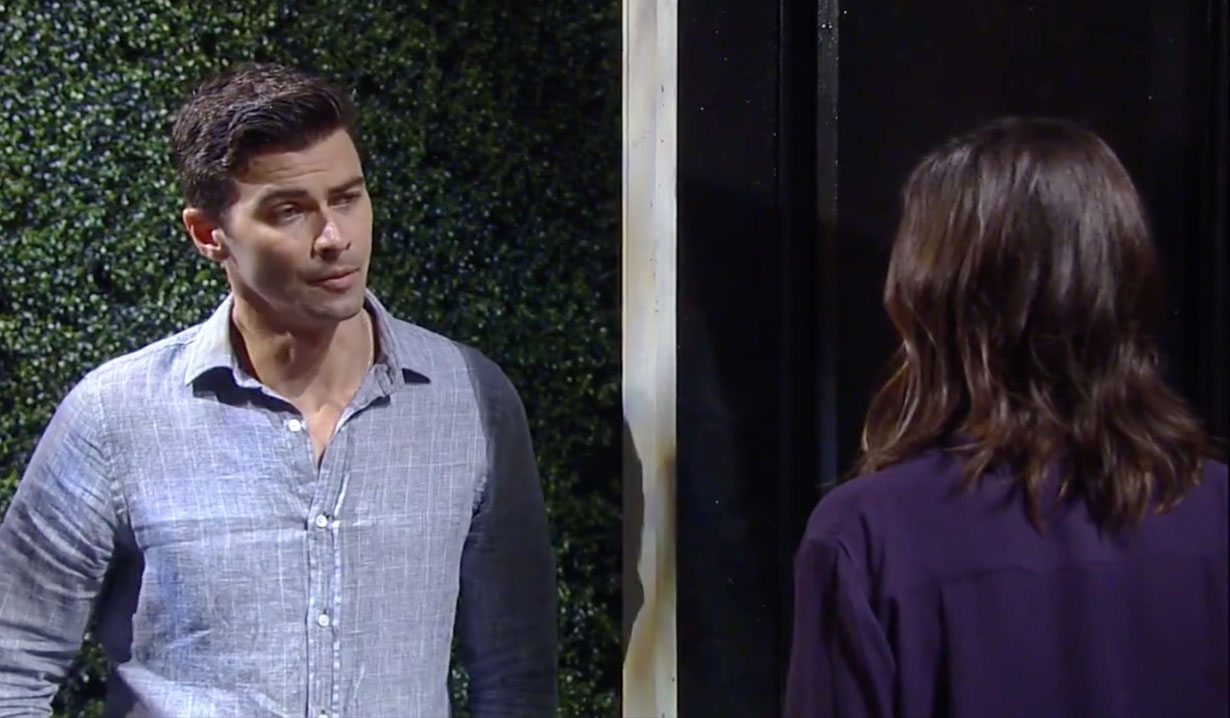 Kiki is surprised to find a large arrangement of flowers and a bottle of tequila at the nurse’s station from Dillon. Dr. Bensch suggests her boyfriend rethink sending such gifts to her job. He reminders her this is a hospital, not a frat house. She apologizes and promises this won’t be a problem in the future. Later, Kiki gets a call from Dillon and tells him that Dr. Bensch didn’t approve of his gift basket because it’s not appropriate for the workplace, so he can’t send her something like that again. Spinelli runs into Amy on his way to find Jason. Amy explains Jason isn’t in his room because he’s undergoing some tests. She welcomes him to sit and wait, so he pulls out the Ask Man Landers manuscript to pass the time. She inquires where he got it, and he explains he has friends in the publishing industry. He admits he is an Ask Man Landers junkie. Spinelli’s phone alarm goes off and he has to call home, so he excuses himself. Spinelli leaves the book behind, which Amy looks at and her face lights up. Maxie and Nathan lunch at the Metro Court, and tells Nathan that Nina will take her back if she breaks some huge scoop. Maxie wants to out him as Ask Man Landers, but he convinces her not to. Nathan explains he has enough problems as is with Amy’s publisher wanting to reveal who he is at the launch party. Maxie thinks if he’s already going to be outed then she can sell the story to Nina, but Nathan tells her that Nina already knows the truth. Nathan is sure that Nina will eventually realize she needs her back, and if she doesn’t then someone else will snatch her up.

Griffin drops by Anna’s place for help. He explains Valentin sent Ava to a clinic in Russia that specializes in miracle facial reconstruction, and he doesn’t think it was for her own good. She wonders why this is his business. He explains the whole sordid story to Anna about the mixed signals he sent Ava and their kiss, and that he feels to blame for her wanting to repair her face. She points out that him dropping in on Ava after flying across the globe will look like he wants her. He never thought of that, but feels he must risk it. Anna makes some calls for some information on the clinic, but hates the idea that she is pushing him towards Ava. Anna warns him if he decides to leave the priesthood that he not run blindly towards Ava. In Russia, Ava is checked into the clinic and gets acquainted with the place after Larissa leaves her. She is startled to find a man staring out the window wearing a dark hoodie, a full black ski mask and dark glasses. She asks who he is, but he sits motionless in a wheelchair and says nothing. Ava rants that only she could find the one place in the world lonelier than Port Charles. The man clenches his fist when he hears the words ‘Port Charles.’ Larissa returns with the news that Ava’s room is ready. She sees Ava with the man and tells her she is not to get near him. She calls him ‘Patient Six’ and warns Ava that he’s a dangerous psychotic, which is why he wears that mask and is sedated. Ava wonders what happened to him. Larissa says he was the victim of a violent crime. She explains he is here to be rehabilitated, and comes from a wealthy family. He was shot and fell into open water and the trauma caused a psychotic break. Larissa thinks he’s beyond help. At Wyndemere, Nina returns from her morning ride and passionately kisses Valentin. Valentin asks for her help finding a place to hang his family tree, which Nina questions given he hates his family. He feels Charlotte needs to know his side of the family, at least the clean version, after getting to know all things Lulu over the past few months. Nina asks what he’ll tell Charlotte about Spencer’s lawsuit. He doesn’t think it will go to trial because he’s neutralized Ava Jerome by making her an offer nobody else could. He is confident everything will work out his way. They kiss, and the framed family tree is knocked over and shatters. Valentin cuts his hand picking up the glass, and notices his blood has dripped onto Nikolas’ name.

Back at the hospital, Nathan finds Amy with the book and she shows it to him. Nathan fills Amy in on Quinn’s plan for the launch party, and she supports his decision to keep helping her. Amy thanks him with a hug. Spinelli rounds the corner and spies their embrace.

Sam thinks there is only one choice to make for Jason.

Valentin asks Nina, who is dressed up, if she’s going somewhere.

At the gallery opening, Franco explains his twin painting isn’t for sale. 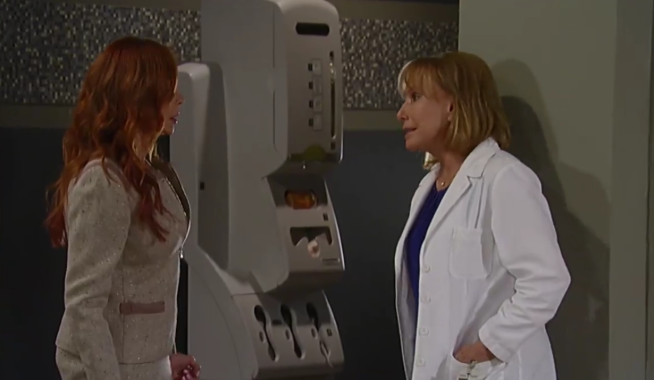 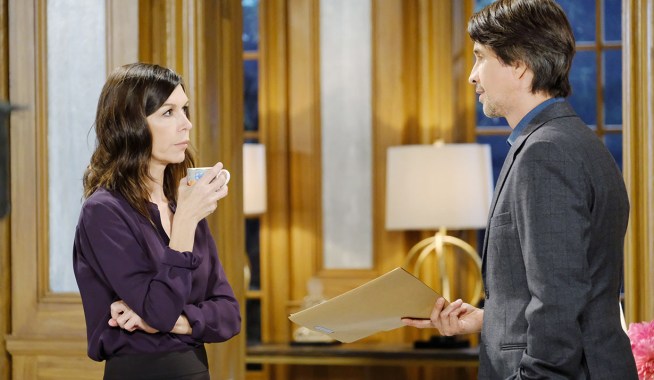