Ava meets a mysterious woman on her flight to Russia 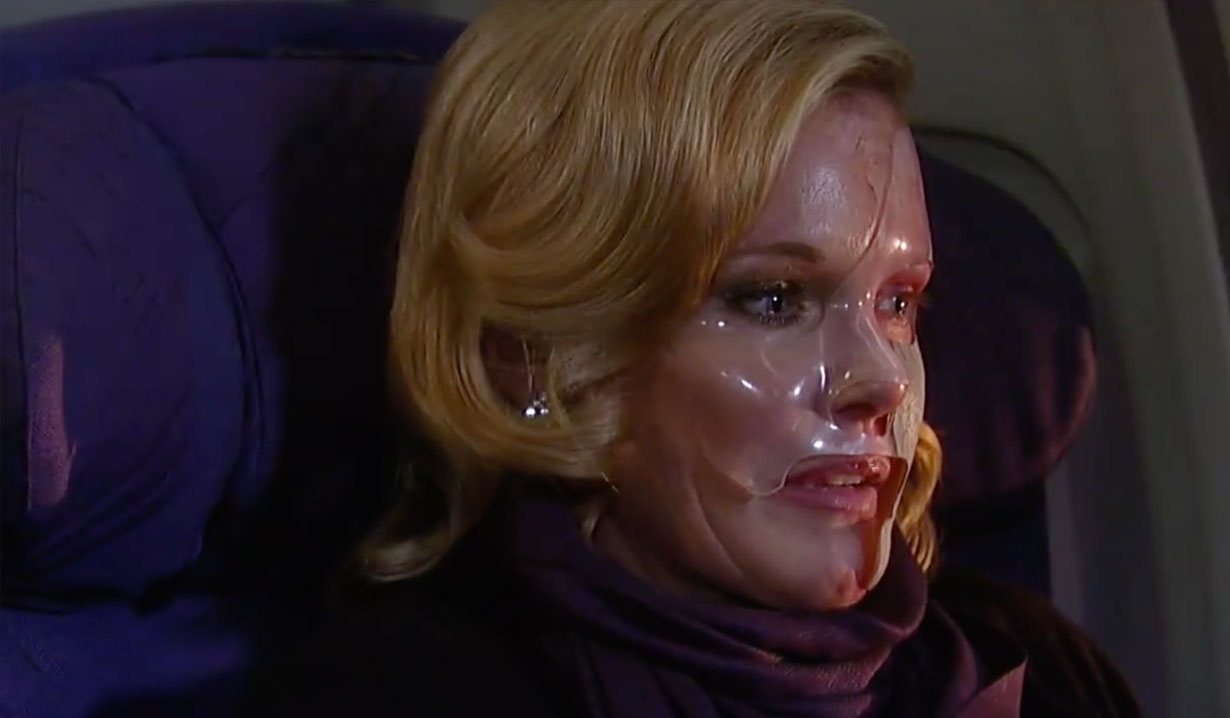 Kiki speaks with Griffin at the Metro Court about her mother’s trip to some spa in Florida, which she finds sketchy. He suggests they go speak Ava before she leaves. Meanwhile, Franco meets Obrecht to discuss his past and the photograph he found of him and Jason as small boys. He believes Heather knows something and won’t tell him, but Obrecht thinks she may be torturing him knowing his childhood is a sore spot for him. She suggests he talk to his adoptive mother because she likely took the photo. Franco gives Betsy a call and invites her to his museum opening. She accepts.

On a plane, a beautiful young woman sits next to Ava and introduces herself as Larissa, an employee and former patient of the Baronski Clinic. She is there to accompany her and see her through the treatment. Ava asks the woman what happened to her that sent her to this clinic. The woman shows her old photos of herself before her treatment, and explains her husband was violent and he shattered almost every bone in her face before slashing her face with a knife. She knows the doctor can fix Ava like he fixed her, and she will come out a changed woman with a sense of enlightenment from the healing.

More: All My Children’s Mark Lamura dead at 68 Michael and Nelle talk on the bridge about Jason being in a coma, and that he should have known his dad couldn’t get out of the mob. Michael feels if he had told him it was futile to try, then Jason wouldn’t have been shot. She asks if he’s ever thought about joining the mob, and Michael admits he has. However, he knows he couldn’t have a family around that kind of life. At GH, Sam lashes out at Carly and claims he’s only been pretending to like her for Jason’s sake, because she was afraid she’d lose Jason. Sam accuses Carly of thinking both Jason and Sonny belong to her. Alexis walks in as Carly exclaims, “If I’m not your friend then why did I cover for your ass!” Carly tells Sam that she not only likes her, but she has come to love her. Sam apologizes and says she loves her too. Carly leaves her to speak with Alexis, who asks Sam what Carly is covering. Sam confesses to shooting Sonny. Alexis wishes she had come to her because she had a medical reason that would have cleared her, but covering it up has made it a problem. Sam thinks she should turn herself in, but Alexis points out that wouldn’t be good for her kids right now given Jason’s situation. They discuss his coma, and Sam admits Carly is right and that Jason wouldn’t want to be stuck in that bed. Elsewhere, Sonny arrives and Carly says she is afraid that Sam isn’t going to be able to do what Jason would really want, which is not to live hooked up to machines. Sonny says they aren’t there yet, but if it comes to it, he’ll do what is needed. Carly decides to take a walk to the footbridge for some air. Sonny goes to check on Sam and finds her with Alexis. Griffin and Kiki look for Ava at her place, but she is gone and Griffin finds a plane ticket receipt to Russia along with the name Baronski. He looks through her laptop’s search history and they figure out she’s gone to a clinic for an experimental facial surgery. Griffin thinks Valentin sent her there, and recalls her telling him about an offer that Valentin made her. He worries this Dr. Baronksi doesn’t exist and may have been a way to get Ava out of Port Charles.

Carly runs into Nelle and Michael on the bridge, and she tells Michael that Sam is falling apart and things are bad. She thinks Nelle must know how this feels after what happened with her fiancé. Carly had no intention of revealing this, but Jason’s accident brought up Michael’s own time in a coma, and she won’t let him become hurt again. Carly fills Michael in on Nelle’s past and leaves them to talk. Nelle admits it is true, and she was afraid to tell him after he forgave her for what she did to his mom and dad. He offers her a chance to explain.

Carly meets up with Sonny at the Metro Court, and she admits she told Michael everything about Nelle’s past. They are interrupted by a call from Milo, who reports Carly’s home has been broken into.

Finn asks Anna why she had to see him.

Monica worries that Jason isn’t going to come back to them.

Joss tells Oscar she’d understand if he wanted to break things off. 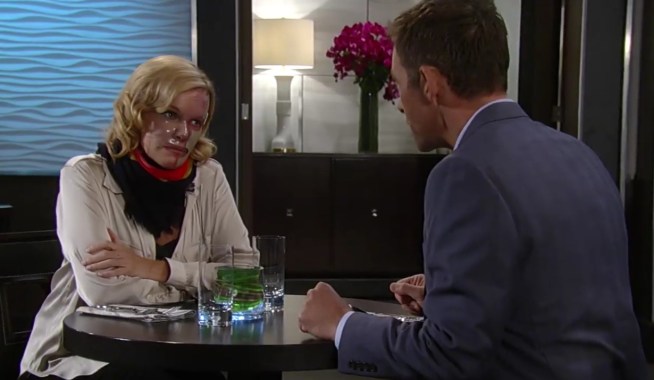 Lulu is suspicious as Ava makes a deal with Valentin