Thursday August 24, 2017: Charlotte makes a request of Nina, Anna turns to Finn for help, Julian comes up with a plan to save himself, and Carly is upset with Sonny and Jason. 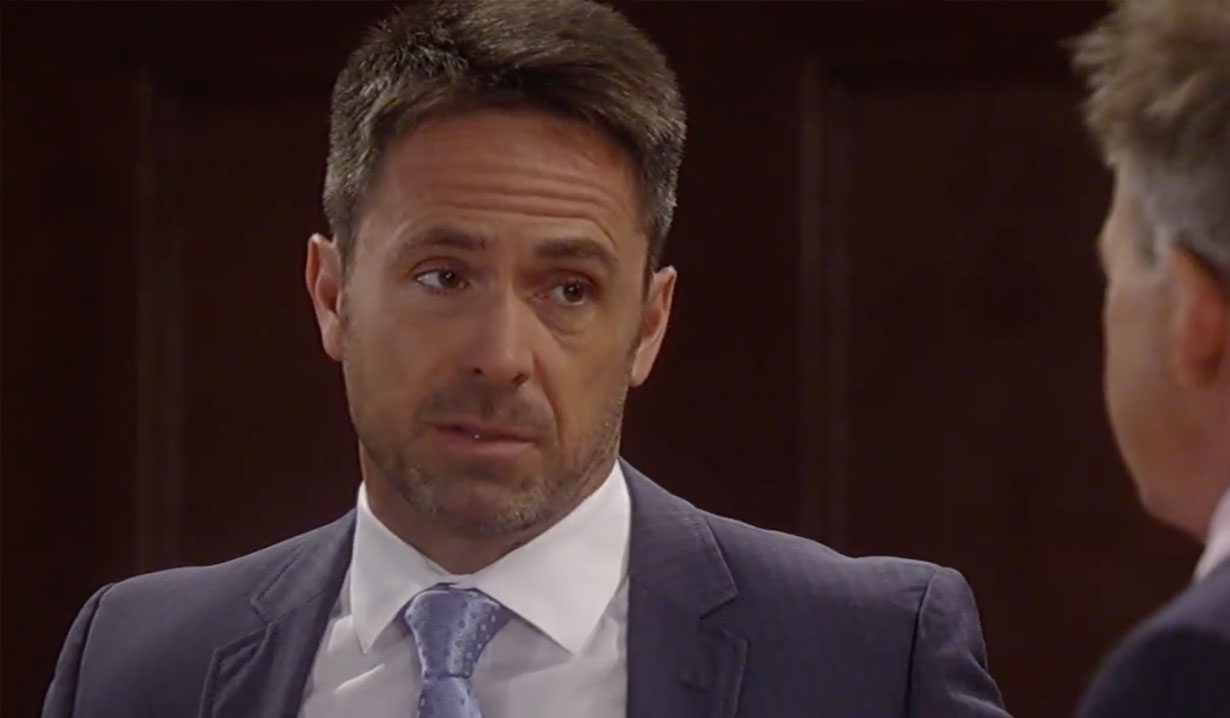 Valentin drops by Nina’s office at Crimson with Charlotte in her ballet outfit. Charlotte had a special class in the Metro Court ballroom and asked to come visit. Charlotte hopes that now that her papa is home that Nina and he will marry again and they can all move into Wyndemere together. Valentin tries to explain that while he still loves Nina, there are other things involved in a marriage such as assets and legalities. Valentin suggests to Charlotte that they go to class, so Charlotte invites Nina to join them. Nina accepts. Later, Valentin and Nina return to her office, and Valentin asks Nina if there is a chance to make Charlotte’s dreams of being a family again happen. They are interrupted by a work emergency, so Nina tells him she’ll give him her answer over dinner. Anna drops by Hayden’s office at GH looking for her, only to find Finn, who tells her that Hayden’s not here. He asks why she needs to see her, and she brings up the Berlin diamonds. They are interrupted when Lucy drops by to ask Finn if he wants to back out of the contract of buying the house given Hayden ran out on him. Finn tells Lucy that he’ll still buy it. He plans to find Hayden and then move them into it. He shows Lucy out, and Anna apologizes because she didn’t know about Hayden. He asks her about diamond, and she tells him what she knows about it after meeting with an appraiser earlier. Finn suggests international jewelry theft rings sound more like Nikolas Cassadine than Hayden, but Anna can’t question him. He suggests Raymond Berlin may be of help with the diamonds. Anna thinks it is worth a shot, but after placing a call learns Berlin won’t see her. She thinks he may meet with Finn. To convince him to help her Anna slyly suggests the diamond could have been Hayden’s, and she may be using it to finance her disappearance. In court, the judge orders a recess and suggests Scott keep his client under control. Alexis walks in. She had a meeting with a client and was just passing through. Julian thinks everything is over for him after Rudge’s false testimony, but Scott promises to think of something. Julian realizes his last chance is to testify himself, but Scott refuses. Alexis sides with Julian, and when the trial resumes he takes the stand to tell his side of the story. The DA is allowed to cross-examine Julian, and again points out that Julian did nothing to stop his sister’s crime spree. The DA and Scott make their final statements, with Scott pointing out that Julian did what he did to protect his family. The judge calls a recess to review the testimony. It doesn’t take long for Scott to get a message from the court clerk that they will reconvene in thirty minutes because the judge has reached a verdict. At Sonny’s, Carly is upset with Sonny and Jason for keeping the truth from her. Carly knew Sonny was hiding something, but she never thought Jason would lie to her. She tells him they always trusted one another before, so when did that change. Jason says they are different now, and he realized when he returned that he had to make changes in order to protect the life he has. He couldn’t ask Carly to be part of a cover-up when he knew she wanted to be done with that life too. Carly understands, but is sad that so much has changed. Sam feels this is her fault, but Carly assures her that nobody blames her. Jason decides he and Sam should get home to the kids, so they leave. Carly isn’t pleased with Sonny for lying to her either. Sonny knows he made a mistake keeping this from her, and he’s not perfect. Carly chuckles because he never admits that, and was more shocked that Jason kept the truth from her. She knows Jason has been different since he came back, but it’s just hard to face it over and over. She admits to missing the old Jason, but is grateful that he is still in their lives, and that Sonny is safe and alive. She makes Sonny promise not to keep a secret from her again that involves them or their family. Jason and Sam stop at Perk’s Café for a drink before returning home. Sam remains confused as to why she didn’t turn to him for help. She worries the connection they share failed. She doesn’t understand why, and worries she can’t trust herself anymore.

Nina tells Valentin she will only give him her answer at dinner.

Dillon tells Kiki that Nina is sending him to Morocco.

Michael warns Ned if he’s trying to take over ELQ then he will fight him. 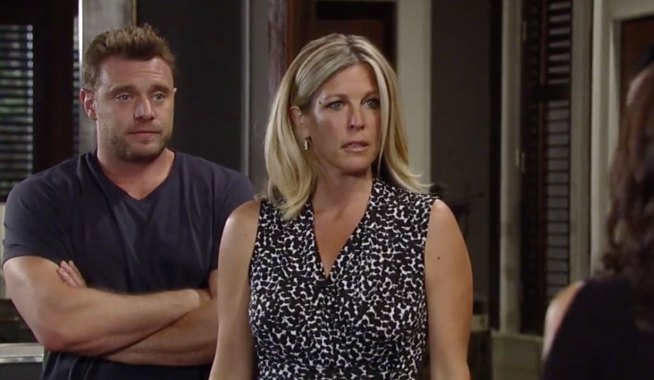 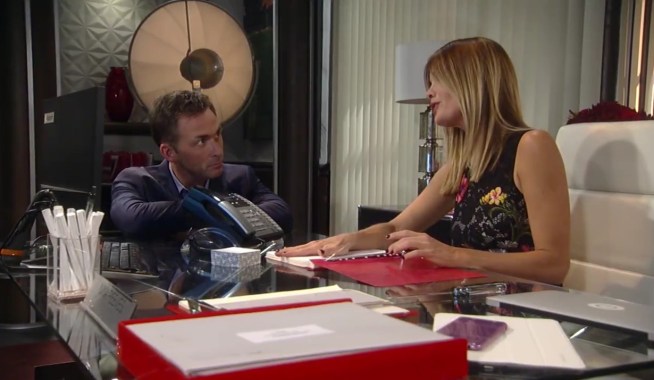