Wednesday August 23, 2017: Carly is shocked by Sam's confession, things take a turn for the worse for Julian, Ned asks Alexis for a favor, and Liz tries to ease Franco's fears . 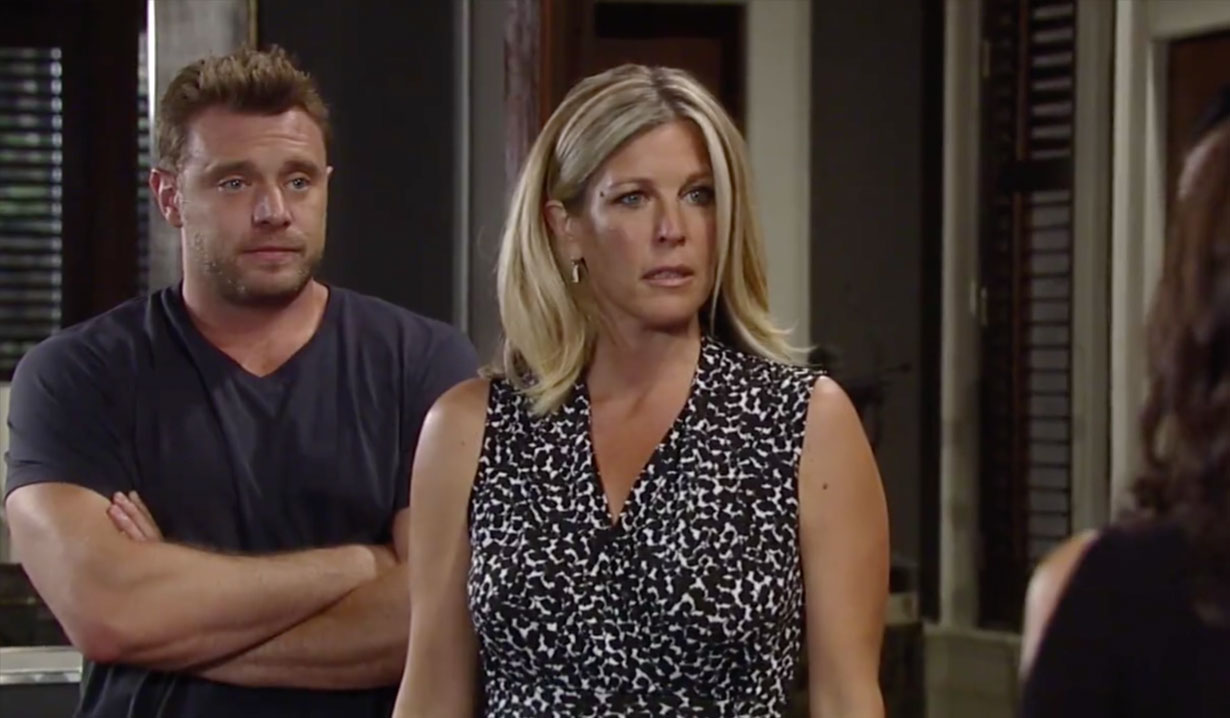 At Franco’s studio, Franco gets a text from Ava that his show is a go. He shares the news with Liz, and hopes to finally contribute to helping her with the bills. He quickly worries the paintings won’t sell, but Liz thinks they will. She especially likes a painting of two people looking at two trees and asks about it. Franco reveals it isn’t for sale, and explains the painting is of him as a child with his imaginary friend that lived in a mirror world. He swears that he doesn’t have any more imaginary friends, but it’s a good memory from his past. Liz loves the painting and the story. Ned runs into Alexis at the Metro Court and asks for her legal services in adopting Leo. Alexis refuses to represent him, and he wonders if it’s because she is still hung up on Julian. She laments about falling for the wrong men, and notes Ned is the only man she ever loved that wasn’t bad for her. She knows she goes for bad boys because her father never loved her. Ned suggests she break that destructive pattern. Alexis believes Julian loves her, but she also knows he can hurt her and probably will again. She knows she needs to get off this ride somehow. Ned is sure she can break this cycle because she is strong and intelligent. Julian’s trial resumes at the court house. DA Campbell calls Winston Rudge, Olivia’s henchman, to testify. He’s brought out in his prison blues and takes the stand. Rudge testifies to Julian’s motives, and states that Olivia claimed Julian was willing to do anything for her. Julian mutters these are all lies, and Scott’s objections are shot down. The DA reminds the court of Alexis’ testimony about seeing Rudge with Julian, and Julian claiming he was an old friend. Rudge goes on to testify that Julian was thrilled when his rival’s son Morgan was killed, and Julian was a willing accomplice to Olivia’s schemes. The DA turns to the attempted bombing of General Hospital, and Rudge says that Julian suggested Olivia tie him up so it made him look innocent. Julian again tells Scott these are lies. Scott gets a chance to cross examine, and asks why Julian would help the woman he tried to kill years before. Rudge says that Olivia told him Julian was willing to do anything to make up for that mistake. Scott turns to Alexis’ testimony about Rudge, in which she pointed out that Julian seemed upset and on edge when they were together, which makes no sense if they were such good friends. He believes Rudge’s entire testimony is a lie, and suspects his testimony is due to a new deal. The DA admits a reduced prison sentence has been discussed, which Scott believes is Rudge’s motives. Rudge swears he is only here to make Olivia and Julian pay for their crimes. Julian goes off and screams that Rudge is lying, and the bailiff has to hold him back. Rudge smiles gleefully at Julian as he loses it and promises to make Rudge pay. The DA rests his case. At Sonny’s place, Sam confesses to Carly that she shot Sonny. Carly doesn’t think she’s making sense because Garvey confessed to killing Sonny in the hospital. Sonny confirms what Sam is saying, which baffles Carly. Sam details her hallucinations of Sonny, and her fears that she was going to lose Jason. She recalls purchasing a gun on the black market and following Sonny to the construction site. She cries as she remembers Sonny trying to talk her down, and when he tried to take the gun from her it went off. However, she knows it wasn’t an accident, she shot Sonny and kicked him into the pit. Sam apologizes to Sonny, but he knows it wasn’t her fault because she was sick. Jason tells her that he should have seen how sick she was and done more, but Sonny says he couldn’t have known how sick Sam was. Sam admits she was afraid, but for some reason couldn’t ask Jason for help. Sonny understands why she didn’t turn to Jason, because when he’s in a manic episode he lies to everyone so they don’t figure out what he’s up to. Sam worries she could still be sick, but Jason and Sonny point out her visions and fears have stopped. Sonny thinks it is over, but Carly says it isn’t as long as the police are investigating. Jason tells her they took care of that. Carly is glad to hear, and agrees Sam is not accountable for her actions. However, she is furious that Jason and Sonny didn’t tell her the truth.

Lucy asks Finn what he wants to do with the house he and Hayden were going to buy.

Valentin drops by Nina’s office to cheer her up.

Julian asks Scott to put him on the stand.

Sam continues to dwell on not asking Jason for help.

Carly lashes out at Sonny over the fact they don’t trust one another anymore. 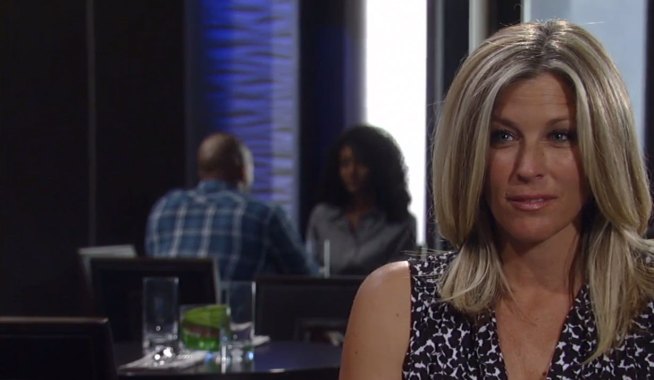 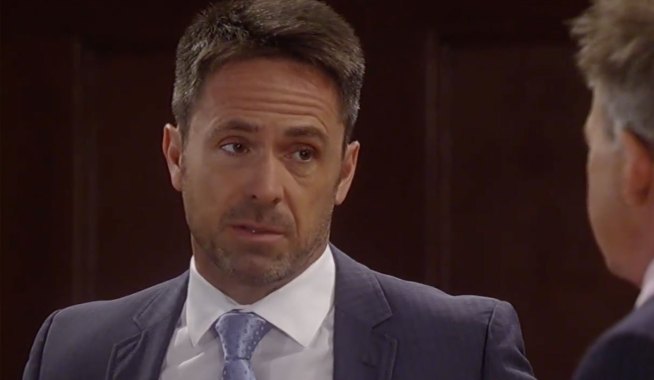