Wednesday August 9, 2017: Maxie returns for a visit, Finn and Hayden push ahead with wedding plans, and Stella tries to set up Curtis. 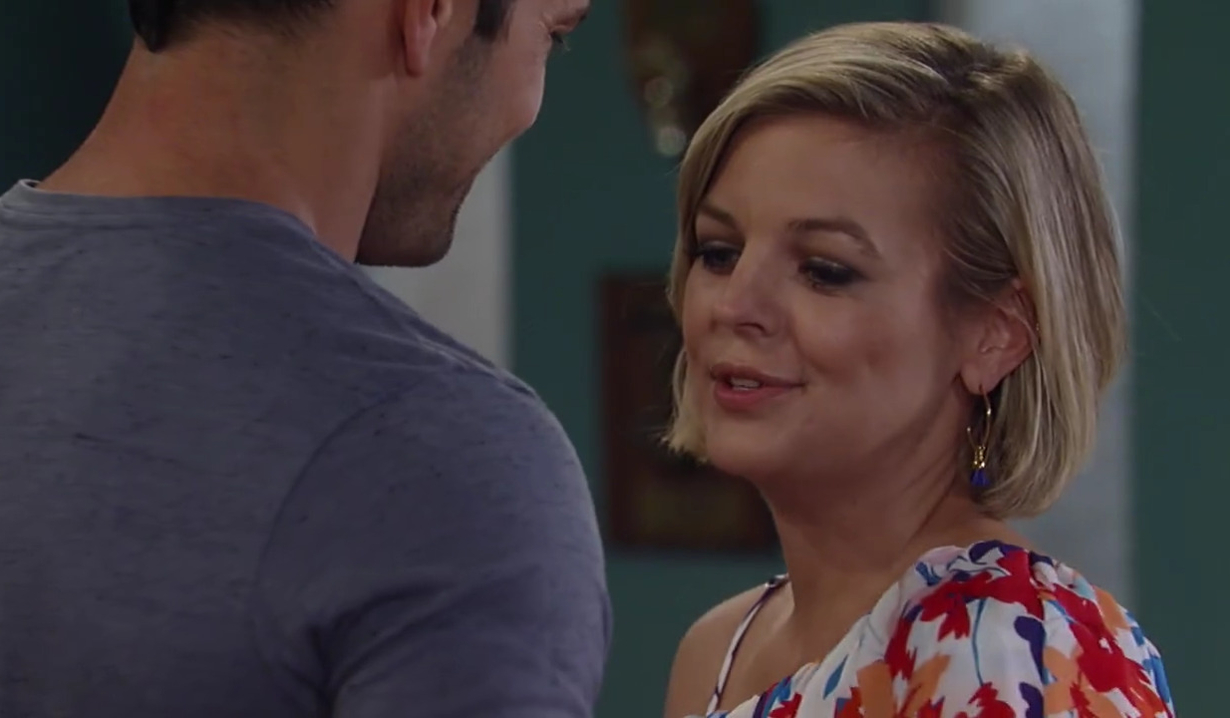 At the PCPD, Jordan and Nathan hope Julian will get convicted today. She takes off. Maxie calls Nathan and then pops out from around the corner to surprise him. Maxie’s flight is in two hours. Stella is in the park with Curtis. She chases him off to get her a sandwich. He asks her to stay out of trouble. Once he’s gone, she hears groaning in the bushes. When she looks in, she gasps in horror just as Valerie is jogging by. Mac and Felicia hop out of the bushes, pulling on their clothes. Stella tells the cop that the couple were having carnal relations. “No one wants to see grown folks acting like farm animals!” Stella lectures. Felicia explains they’ve been married a long time and are trying to spice things up. When Valerie threatens to arrest them, Mac reminds her of who he is. Stella insists on pressing charges. Felicia asks Val to call Nathan. When he arrives, Val fills him in. Stella tells Maxie that they were committing public indecency. After Stella leaves, Nathan leaves the charges up to Val. She gives the couple a warning and jogs off. Maxie starts lecturing Mac and Felicia. Mac talks about how Man Landers kicked their marriage into high gear. Maxie trashes Landers and Nathan defends him. After the parents take off, Nathan and Maxie talk about how hard distance is. She suggests he move to Portland. He needs to think about. When he leaves her alone for a minute, she calls someone with a story idea about unmasking Man Landers. At the hospital, Liz tells Kiki how well she did during a medical emergency. Doctor Bench calls her over. He was impressed he was by how she handled herself. The doctor can see potential in her and asks if she’s considered going to medical school. He thinks she has real talent. Jordan arrives and ushers the doctor away to discuss a case. They discuss Jason sneaking into Garvey’s room and talk about James Cagney movies. He asks her to see one with him. She explains that she just got out of a relationship but thanks him. Hayden and Finn are at Kelly’s. He just picked up their marriage license. She gets another threatening text from Jared. The doctor notices she seems distracted. As they kiss, Curtis arrives and congratulates them. They invite him to their wedding. She gets a text and takes off to meet Jared. Meanwhile, Finn fumbles through asking Curtis to be his best man. He’d be honored. Outside, Kiki joins Dillon for lunch and tells him how great her day has been. She doubts she has what it takes to be a doctor. He’s sure she can do whatever she puts her mind to. Later, back inside, Stella arrives and looks for Curtis. He’s gone but she finds Valerie. They chat and Stella starts quizzing her about her love life. She asks her to have a coffee date with her and her nephew. Eventually, Valerie caves. Jared corners Hayden in the park. He’s annoyed that the money hasn’t arrived in his account yet. She explains that she’s had to set up a dummy account for him. Curtis bumps into them. Hayden claims Jared is just an old friend. After he takes off, Curtis asks her what’s really going on. She explains but refuses his offer of help. He advises her to own her past mistakes and stop being a victim.

When Stella exits Kelly’s, Curtis arrives outside. She tells him she had a productive day.

Back at the hospital, Finn tells Liz that he and her sister are getting married tomorrow and want her to be there. She wouldn’t miss it for the world. Hayden arrives and her sister congratulates her. Finn takes off for a consult. Liz can see how upset her sister is. Hayden says she’s not the person she used to be and she doesn’t want anything to ruin her wedding. She asks Liz to be her maid of honor. Liz promises everything will work out. As the sisters hug, Finn returns. A call comes in. The bank needs to talk to Hayden. 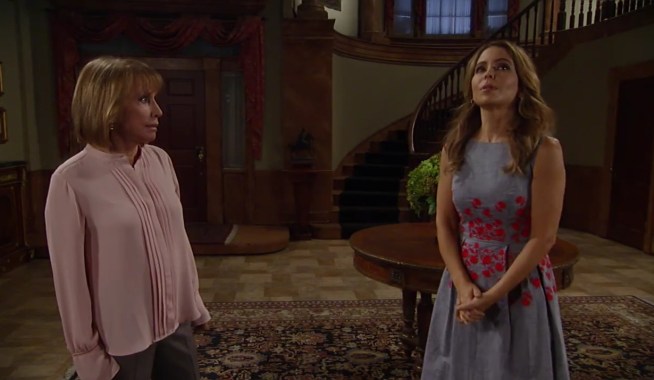 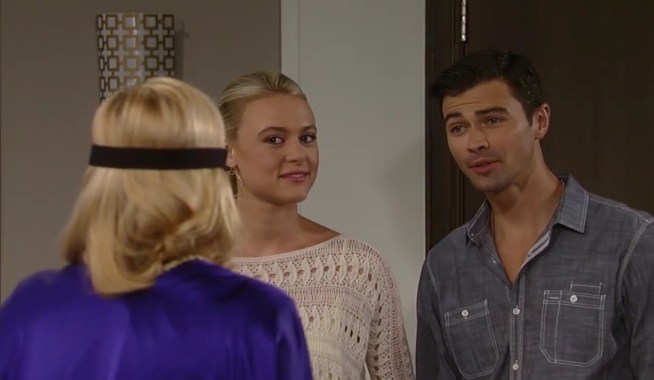