Friday August 4, 2017: Laura makes a hard choice, Sam’s memories come back, and Carly tries to save Sonny from the wreckage. 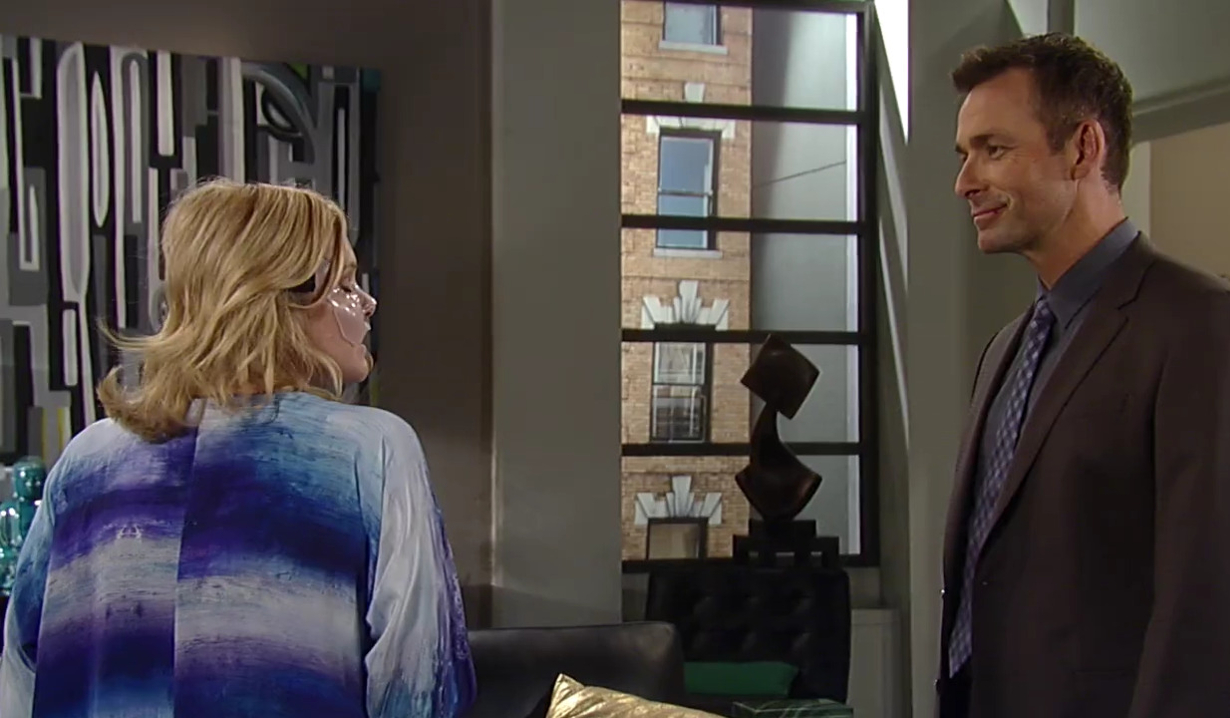 Valentin is at Ava’s penthouse with her. She tells him he killed one person who could have loved her and she killed the other. He thinks that’s why she’s hiding. She’s paying for what she did and thinks he should too. The Cassadine has an offer for her: he will have her face restored if she retracts her statement about Nikolas’ death. He explains that he can give her a miracle cure, like he had. She’s skeptical so he shows her photo evidence. Ava’s amazed by how he was transformed by surgery but is reluctant to help. He explains that he doesn’t want the ugliness of the civil case upsetting Charlotte. Ava is determined to prove she’s not ugly on the inside anymore. She refuses to help him. He promises to give her her old life back but she still refuses. Once he leaves, she takes off her mask and pours herself a martini before looking in the mirror and gasping.

More: The latest comings and goings for all the soaps Outside of Kelly’s, Laura and Kevin talk to Spencer about his future in Port Charles. She doesn’t think he can stay there. That’s not what the kid wants to hear and he vows never to stop fighting Valentin. Laura is sending him back to boarding school in France. He promises to behave himself but her mind is made up. She can’t handle the thought of losing him. Kevin insists that this is in Spencer’s best interests. The kid is afraid of being alone. They assure him he won’t be and his dad would want him to have a long and happy life. Spencer agrees to go and gives weeping Laura a hug. She makes some calls and says she will be going with him and staying for a few weeks while he settles in. Kevin announces he is going too. They have a group hug.

More: Emme Rylan is back with a baby girl On the demolition site, Sonny tells Carly to go before the destruction begins. She refuses to abandon him. The explosion goes off. They are covered in debris. Carly sticks her head out and tries to pull Sonny along. He’s stuck. As the countdown continues, Dante rushes over to the foreman and orders him to stop. Carly digs Sonny out. Dante jogs over and says the paramedics are on their way and Spencer is fine. At the hospital, Jason questions Garvey about Sonny. “You’ll have to ask her,” Garvey says before he starts flatlining. The doctor throws Jason out before he can get an explanation. He watches Garvey die. Down the hall, Sam dreams about Sonny trying to take Jason away from her. After she shoots him, she wakes up, unsure if that was just a dream. Jason arrives. His wife tells him she’s mentally mixed up. He tries to assure her that everything’s okay. She asks if Sonny is alright and worries about how she’s been acting. Jason asks her to stop stressing out and assures her they will be okay. Meanwhile, Carly and Dante are at the hospital while Sonny is in surgery. A doctor comes out and announces that Sonny is groggy but the surgery was a success. Carly goes into his room to see him. She was scared that she’d lost him and will never give up on him. Dante joins them and asks his father what happened. Sonny asks him to come back later. Once the cop is gone, Carly leaves Sonny to rest. She runs into Jason in the hall and fills him in. When they go in to see Sonny, Dante returns to say Garvey is dead. Sonny admits Garvey didn’t shoot him. Back down the hall, Sam dreams of what happened and wakes up shouting, “No!”

Jason has questions for Griffin.

Kiki does what she can. 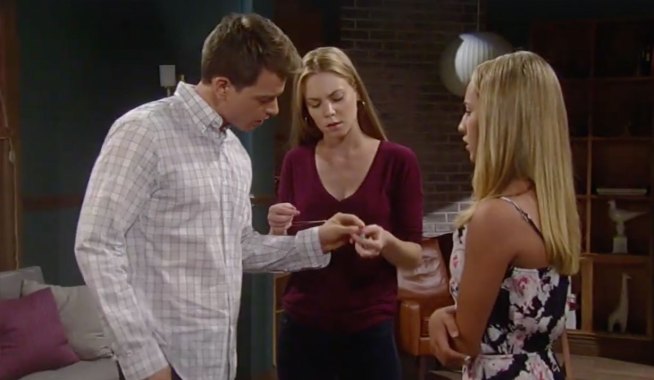 Michael makes a discovery as the distillery is set for demolition 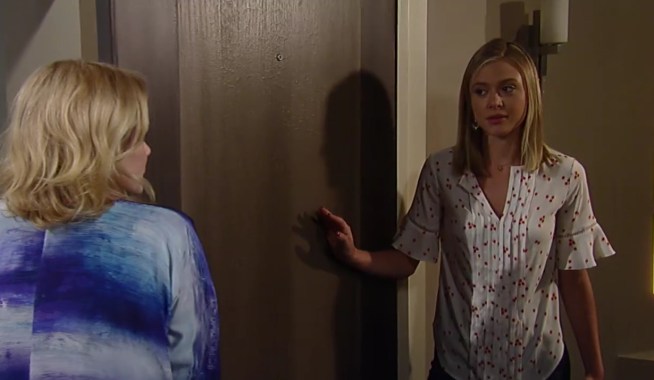