Trapped in a pit, Sonny is visited by the ghost of Stone Cates 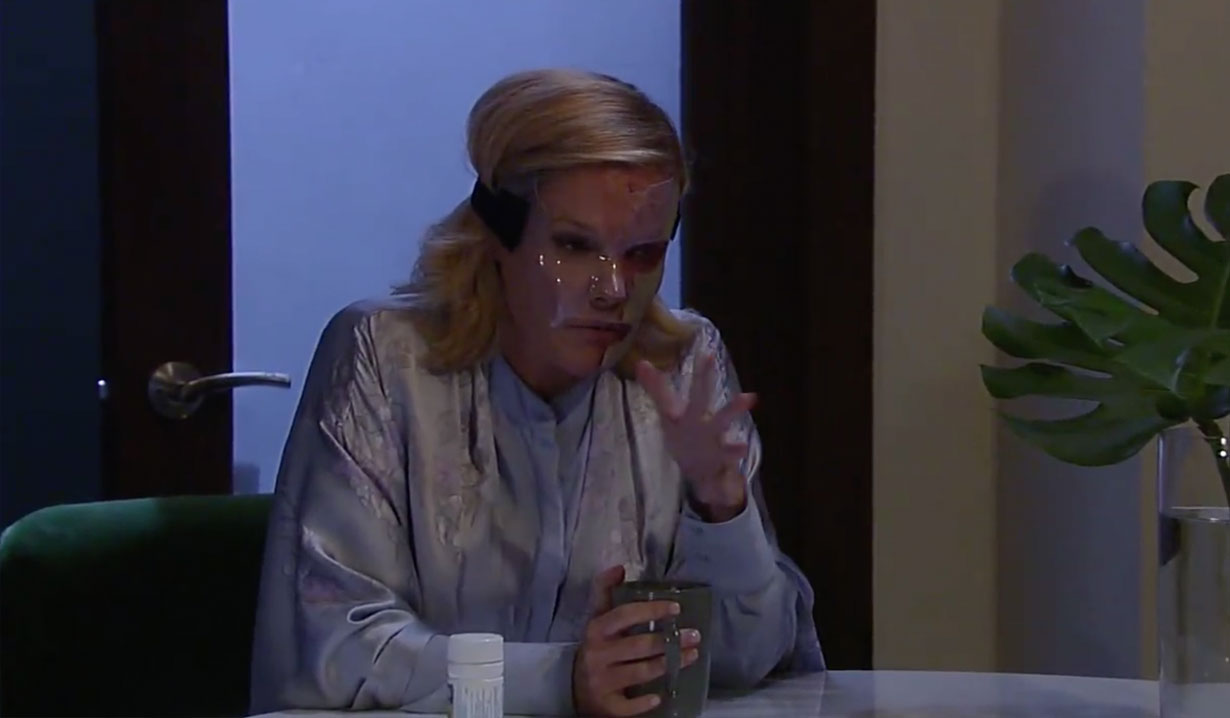 Julian drops by his sister’s place, and informs her that Sam is sick and may be dying. He explains she has toxoplasmosis, and that she got it when their sister pushed her off the bridge. Ava reveals Sam paid her a visit and didn’t seem well, and was very angry with Sonny. Curtis finds Finn at The Floating Rib picking up food for Hayden. Finn reveals they are engaged, and Curtis congratulates him. Curtis wishes he and Jordan could be so lucky. He explains about his Aunt Stella coming between them. Finn advises him as a doctor that so many things can lead to a stroke and not to blame himself. He tells him not to let Stella stop him from being with Jordan. Hayden is stunned when Jared turns up at her and Finn’s new house. Jared reminds her that she owes him for what he did for her. Hayden says the feds cleaned her out, so she doesn’t have the money she promised him. He reminds her that she was the one who got drunk at their country club, chose to drive, and hit some poor girl walking her dog. Jared says he did the time for her, and warns her if she doesn’t pay him then he will tell Finn that a girl will never walk again because of her. Jared walks out, and Hayden collapses in tears. Later, Finn arrives with food for Hayden, and proposes properly to her with an onion ring because it’s all he has. Hayden accepts. Jordan meets Dante at GH and reveals they’ve found no evidence to connect Garvey to Sonny’s disappearance. In Garvey’s room, Carly demands Garvey tell her where her husband is, but he claims he killed him. Dante walks in and tosses Carly out of Garvey’s room. She threatens to find someone to make him talk if he can’t. Dante introduces himself as a cop and Sonny’s son. He gives him the option of a guard outside his door if he cooperates with him and tells him where his father is, otherwise anyone could walk in here like Carly did. Garvey tries to speak, but crashes. A doctor examines him and tells Dante that his questions will have to wait because Garvey is bleeding internally. Out in the hall, Carly lashes out at Jordan over Sonny’s disappearance and thinks she doesn’t care to find him. Jordan promises Carly she is doing her best to find Sonny because he was a friend to her son when he needed one. Dante comes out and fills Jordan and Carly in on Garvey’s condition, so she should go home for now. Carly leaves, and Jordan tells Dante he needs to go home to rest as well. Curtis arrives to pick up Stella’s meds, runs into Jordan, and the two make small talk before parting. Down in the construction pit, Sonny is shocked to see Stone Cates (played by Michael Suttons) appear in a golden light. They embrace, and Sonny is suddenly able to stand in spite of his pain and wound. Sonny wonders if he is here because he’s dying. Stone tells him that is up to him. Sonny considers his options, and knows if he goes with Stone then he’ll see Morgan. Sonny’s been trying to figure out how to live without him, but maybe he doesn’t have to. Stone asks him if that is what he wants, to give up on his other kids, including Avery who won’t even remember him. Sonny feels they may be better off without him, so Stone says they can leave right now. Sonny realizes he’s not ready to leave yet, so Stone offers to show him the way out. Stone shows him the way out is above, and that he will have to fight his way out. Stone disappears, and Sonny wakes up and begins to try to escape. Joss finds Michael and Nelle at Sonny’s place and asks where their mom and Michael’s good for nothing father is. Michael tells her that Sonny is missing. Joss apologizes to Michael, admits she’s been so angry with Sonny, but didn’t want this to happen. Michael assures her that Sonny understands why she’s mad at him. Carly returns home, and Joss apologizes to her mom for being mean and unfair. They hug. Dante arrives, and Carly suggests they say a prayer for Sonny. Nelle goes to leave, but Joss stops her and tells her she saved her life, so she should be here too. They all join hands and Carly recites one of Sonny’s favorite verses.

Back in the pit, Sonny struggles to climb up crates to freedom.

Michael tells Nelle that the longer it takes to find his father, the worse his chances are.

Jared confronts Hayden at the hospital. 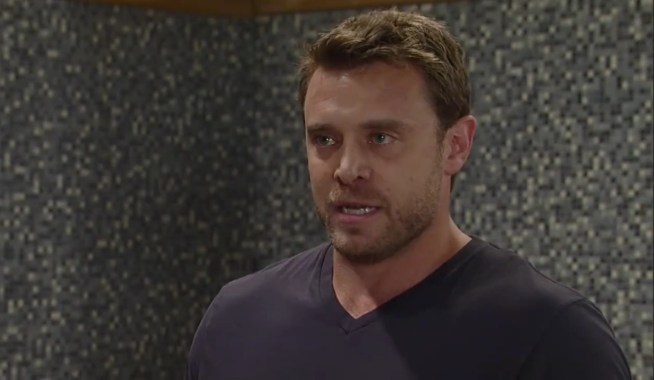 Finn gives Hayden an answer to her marriage proposal

Sam stirs awake, but has no memory of the past day 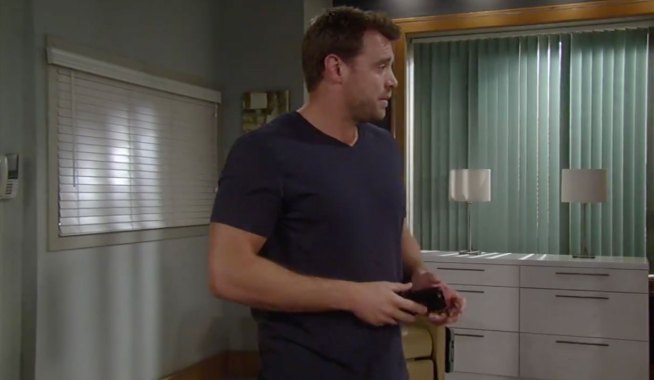