Things go from bad to worse for Sam

Friday July 28, 2017: Scott has good news for Julian, Sonny tries to stay awake in the pit, and Carly faces off with Garvey. 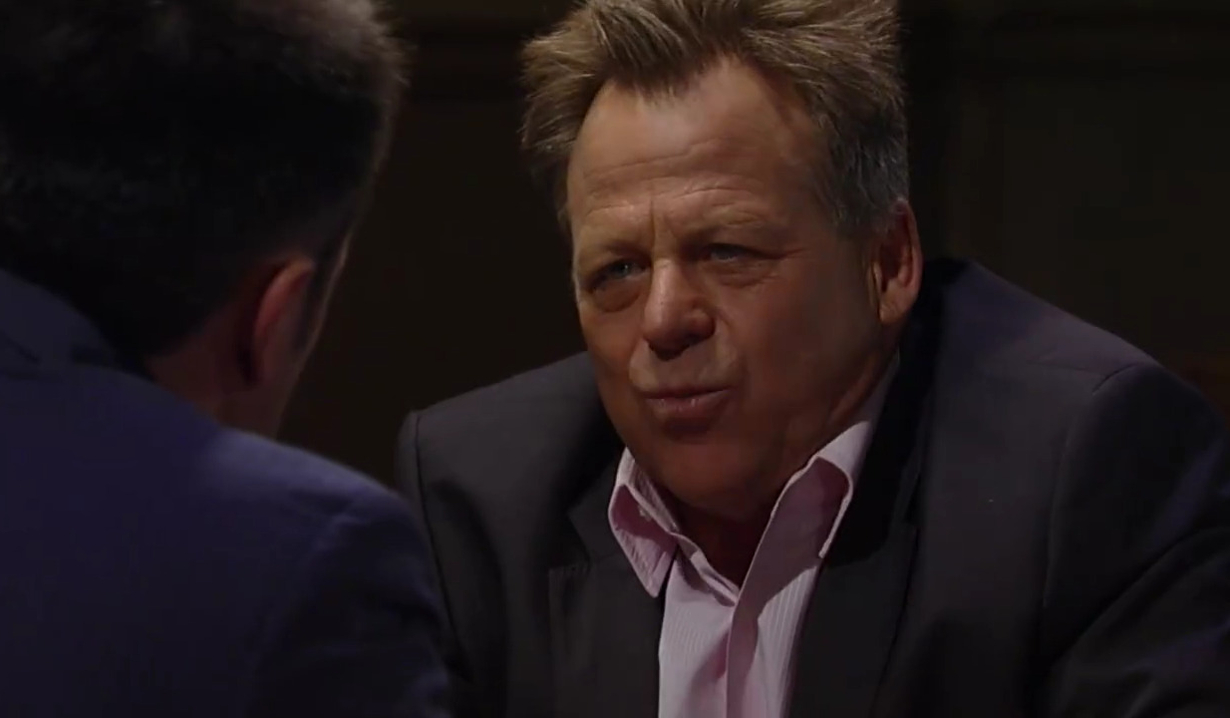 Julian finds Scott at The Floating Rib, unhappy to see him stuffing his face instead of preparing his case. Scott thinks they might win. He explains that the prosecution’s one witness is Alexis and she will mitigate the damage, placing most of the blame on Olivia. If true, Jerome thinks this could be a fresh start for him and Alexis. Scott tells him not to blow it if he gets another shot with her.

Oscar shows up at Josslyn’s and they share how happy they are Spencer was found. She hugs him for his help. He suggests they celebrate and offers to take her somewhere she’s never been.

Alexis, Kristina and Scout arrive at the hospital and hand the baby off to the pediatrician. Kristina follows to stay with the baby. Griffin and Finn question Alexis about Scout’s condition. She demands to see Sam. Finn explains she has toxoplasmosis and it seems to be affecting her neurological functions. Down the hall, Sam hallucinates bloody Sonny and yells at Jason. Sonny taunts her. She passes out and he calls for the doctors. They rush in with Alexis. Griffin takes Jason and Alexis out. The doctor thinks Sam now has encephalitis. Alexis sends a text to Julian about the situation. Kristina returns to say that Scout is okay. Finn comes out and says that Sam is now in a coma and probably needs the rest. Julian jogs in and Alexis fills him in. They guess that Sam must have been infected during labor. Kristina starts ranting at Julian and then her mother for bringing him there when Sam needs ‘good vibes’. Alexis asks Julian to leave. He’s apologetic but she still tells him to go. Jason is allowed to go in and see his wife. Alone with Sam, he gives her a pep talk. There’s no life for him without her.

Carly bumps into Liz and Garvey in the garage. They recognize each other. She guesses Sonny shot him and wonders what happened to her husband. Garvey doesn’t want to talk, he wants antibiotics. He tells Carly to go to the hospital and get what he needs. Liz gives her some keys. Garvey starts coughing and keeling over. Carly leaps onto him and sends the nurse to get help. “Tell me where Sonny is!” Carly demands from Garvey. He claims that he killed him.

Joss and Oscar climb into the construction yard around the distillery. He tells her about the place’s history. They head into the distillery to look for old barrels. He finds a bullet casing on the ground and picks it up. She hears a noise and they return to the fence to check on their bikes. It was just geese. Meanwhile, Sonny is in the bottom of the pit on the construction site. He tries to stay awake by talking to himself about his kids and what they have in common with him.

Oscar takes Joss home. He likes her better than his other friends. They awkwardly plan to do this again.

Things are looking bleak for Sonny.

Nina has a reason to get defensive.

Nathan has some harsh words.

Finn gives Hayden an answer to her...