Monday July 24, 2017: Nathan learns Mac has been getting advice, Carly meets Oscar, and the search for Spencer continues. 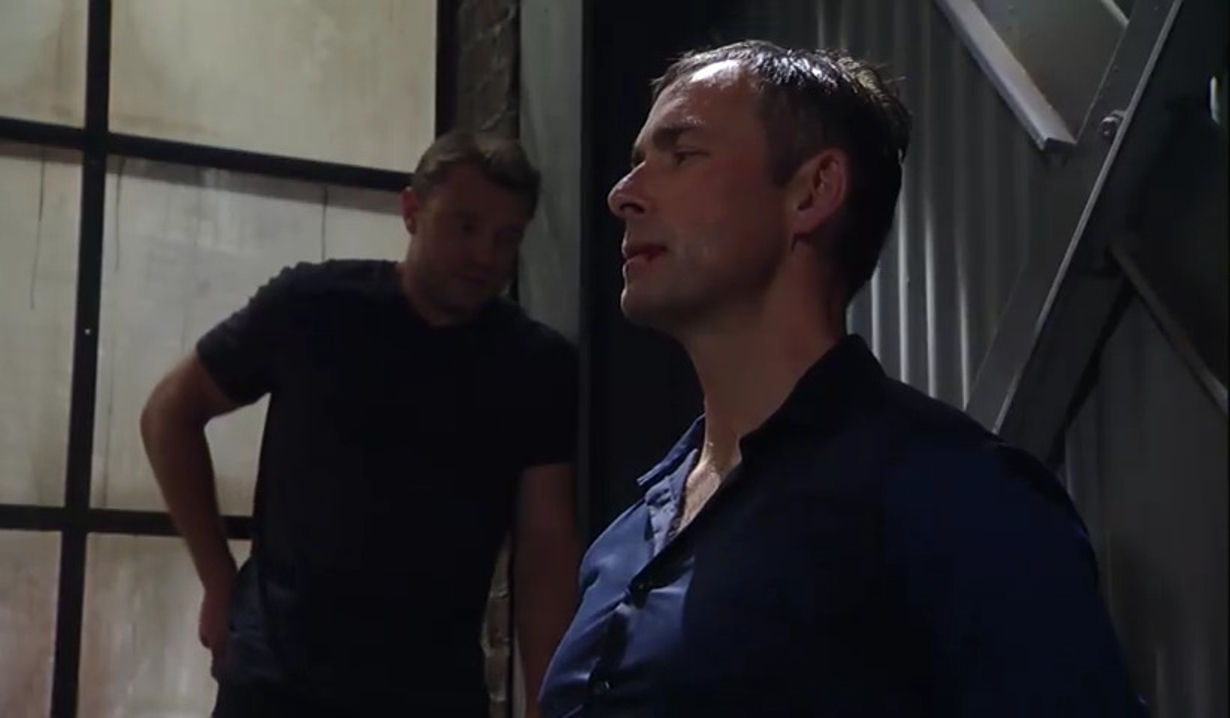 Jason has Valentin bound to a chair in a warehouse. He throws water on him and demands to know where Spencer is. Valentin doesn’t know. Jason takes out a knife and threatens torture. The Cassadine says it won’t do any good and he’s wasting his time. He would have got rid of Spencer a long time ago if he’d wanted to. Eventually, Jason believes him and unties him. Valentin suggests the kidnapping might not have anything to do with the kid.

At the PCPD, Dante sends a cop off on the lookout for Spencer. Nathan barks on the phone for surveillance footage. Dante suggests he go home and get some sleep. As Nathan leaves, Valerie leads Oscar in. He has information on the missing kid. He found post-it notes that Spencer used in a game at camp. The surveillance footage comes in. Dante and Valerie notice that a car has been parked to avoid showing its plates. They see it turn and decide to check other cameras, soon realizing that Spencer must have been taken to a house in the hills.

More: Catch the latest news on all the soaps

At Carly’s, Joss wants to help in the search for Spencer but her mom talks her out of it, reminding her she’s grounded. Joss mopes. Her mom tells her to call Oscar over. He soon arrives in a tie with flowers for her mom. Carly wonders who scared him into doing that and reminds him he was in her house drinking alcohol. Oscar is apologetic. Carly still isn’t impressed and tells him about Joss’ kidney. He admits that he’s had alcohol before and just wanted to fit in. He won’t do it again; he’s more into playing piano. Oscar talks about how special Joss is. Her mom agrees. The motherly interrogation continues until his mom calls him home. After he leaves, Carly says he was nice and cute and they can be friends. Joss thanks her. Later, Oscar calls Joss and they talk about how things went. He’s thrilled that he gets to stay friends with her. They make plans for the summer.

More: Deconstructing GH: A kidnapping and a burn mask made for great drama

At the Corinthos compound, Sonny has a photo of captive Spencer texted to him. Sonny responds. They text him a demand to meet at a distillery with $200,000. Later, Carly shows up. Sonny is gone but Jason is there. They wonder where Sonny is.

Nathan runs into Mac at The Floating Rib. They discuss how lonely the cop is. He needs to take a pass on poker night to sleep. Mac tells him about the plans he’s making to put the ‘umph’ back in his marriage. This is starting to sound disturbingly like he’s following the advice of Man Landers. Mac admits that he wrote to him. Once he leaves, Nathan calls Amy to tell her that things are getting weird. Maxie suddenly arrives.

Sonny arrives at the distillery with a briefcase. He calls for the kidnapper to come out. They shoot him. Sonny collapses. Garvey approaches to grab the briefcase. Sonny leaps up and shoots him in the arm. Corinthos was wearing a bulletproof vest. He threatens to kill Garvey if he doesn’t lead him to Spencer. Garvey explains where he’s being held. Sam appears. He asks her to call Jason and then shoots Garvey in the foot. Sonny heads for his car when Sam pulls a gun on him. She makes him drop his gun and says Jason will never help him again. “Now, you die,” Sam announces.

Dante and a cop search a house in the hills. They find Spencer’s broken glasses in the basement.

Sam has a confrontation with Sonny.

Nathan is surprised in a good way.